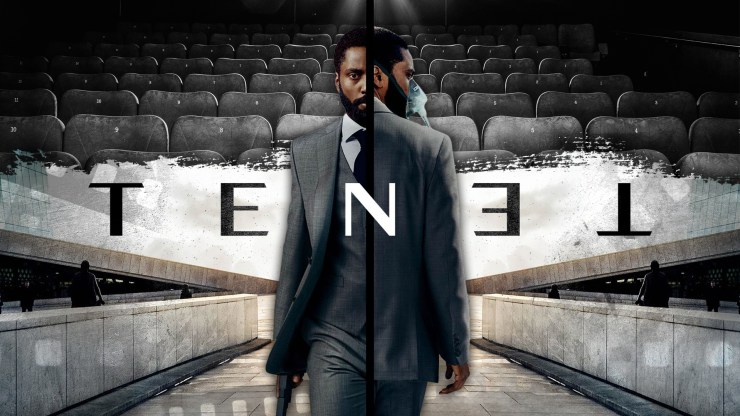 AMC, the largest theater chain in the United States, will have 70% of its theaters open for Labor Day Weekend, in time for the release of Christopher Nolan’s highly anticipated blockbuster “Tenet.”

AMC has been reopening locations at limited capacity around the country for the past couple of weeks. On Thursday and Friday, 140 more will unlock their doors, bringing the movie theater giant’s grand total to 420 up and running locations.

Among the theaters reopening are seven spots in San Diego, marking the first AMC locations to open in the state of California. In the coming weeks, AMC anticipates it will open more in the state, and in New Jersey as well. These reopenings follow what AMC CEO and President Adam Aron have described as a successful few weeks back in business.

“The first two weekends of operations have exceeded our expectations in terms of guests returning to the movies and in terms of their feedback about our extensive AMC Safe & Clean policies and procedures,” he said in a statement.

After AMC announced it would expand its theater reopenings, its stocks jumped up 13%, reaching their highest peak since February.

In addition to “Tenet,” audiences will be able to see “The New Mutants,” “Unhinged,” “Words on Bathroom Walls,” and “The Personal History of David Copperfield.” Some AMC locations will also be screening “42” to celebrate the life and legacy of Chadwick Boseman, who passed away over the weekend.

All eyes will be on Nolan’s “Tenet” though, as the film has long been looked at as the first major summer blockbuster to hit the silver screen since the COVID-19 pandemic shut moviegoing down. The release date for the Robert Pattinson and John David Washington-led picture has been pushed back several times until Warner Bros. finally opted to release it overseas before domestic moviegoers got a chance to see it.

“Tenet” hit international screens last week, debuting with a box office haul of $53 million. Warner Bros. executives have stated that they could not be more pleased with this opening, and box office analysts are equally amazed. Many predicted that the film would bring in closer to $40 million.

“It’s a very impressive result, frankly,” Bruce Nash, a box office expert told the Washington Post. “You needed three players to come together in this dance to make it happen — Warner Bros., theaters and moviegoers. And you have to credit each of them for doing their part.”

Nolan’s films have reliably strong box office grosses. His last three films have collectively raked in over $2.3 billion. Other American films currently in theaters pale in comparison to his latest release.

“The New Mutants” hit select open theaters last weekend, bringing in $10 million both domestically and internationally. The Russell Crowe-starring feature “Unhinged” has been doing a scattered roll out international since mid-July. It made its way to U.S. screens in mid-August and brought in a total of $21 million.

“Bill and Ted Face the Music” which came out both in theaters and on VOD this weekend, brought in a million dollars from theaters. It is sitting at the top of VOD charts, but it is unclear exactly how much money it has pulled from that format.

AMC’s choice to open more theaters could help these films. They will not be alone in providing a boost as Regal Cinemas is also opening locations in a few more states. A lot rides on their success, particularly in the case of “Tenet.”

If “Tenet” does well in its domestic release, it makes it all the more likely that blockbusters farther down the 2020 pipeline, including “Wonder Woman 1984” and “West Side Story” will keep their release dates instead of opting for a 2021 debut. If studios are not impressed by what “Tenet” brings in, many may go back to the drawing board and shuffle their release schedules.