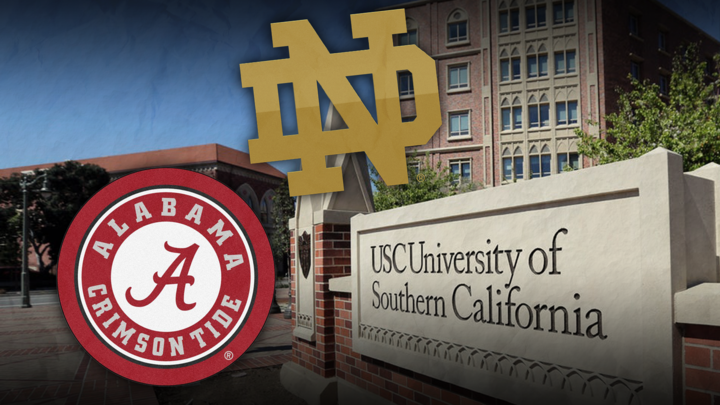 Over 500 Cases at the University of Alabama

As classes resume for colleges across the country, many are grappling with massive coronavirus case spikes on and off of their campuses.

On Monday, the University of Alabama published a COVID-19 dashboard showing that the school has had 531 confirmed cases on its main campus since classes began on August 19. There were an additional 35 cases between two other campuses and a university lab.

These figures do not even include student entry COVID-19 tests, which were taken before August 19. Those resulted in 310 positive cases on the main campus and 90 on two others. Right now, roughly 20% of the isolation space at the school is occupied.

The school has not yet announced any plans to pivot to entirely remote learning or to ask students to leave campus.

“A question we all want to know is are we at the breaking point? What’s the lever that’s going to cause us to have to change it?” University of Alabama President Stuart Bell said speaking on Monday morning. “Basically, I think it goes back to flattening this curve, so we are able to accommodate our current operations and make sure we are able to keep the students healthy. So, there really is no single answer.”

Bell also emphasized that the school’s primary challenge is the virus, not the students.

Still, the Mayor of Tuscaloosa, Alabama, where the University of Alabama is located, closed bars for two weeks in order to prevent spread among students. That choice was applauded by Alabama Gov. Kay Ivey, who said she hopes this is just a “brief pause on their plans to reopen.”

Cases at Other Schools

Another major Alabama school, Auburn University, has also seen an outbreak. Their COVID-19 data shows that 207 students and staff tested positive in the first week of classes.

This issue also reaches far beyond the state of Alabama. The University of Notre Dame in Illinois announced last week that it will temporarily move to online classes to slow spread on its campus. When they made that announcement, the campus had just shy of 150 cases. As of Tuesday, the school has well over 400.

Last week the University of North Carolina Chapel Hill opted to move the rest of its fall semester to online learning after there were 135 cases at the school. Since their announcement, 505 more students have tested positive for the virus. The school has a 32.3% positivity rate.

While these numbers are not as big as other schools, it is still a surprising figure because when USC resumed classes on August 17, the majority of their undergraduate instruction was done online and there is limited access to the campus. All of these cases came from students living in off-campus housing. According to the Los Angeles Times, there have been reports of parties and gatherings in those houses and apartments.

Parties have been a major concern for colleges that have opted to reopen. Syracuse University in upstate New York suspended 23 students after a large party was held on the school’s quad. Marist College, also in New York state, suspended 15 students for failing to follow social distancing guidelines at a party. Numerous other schools around the country have also said that students found breaking COVID-19 safety rules could be suspended or expelled.