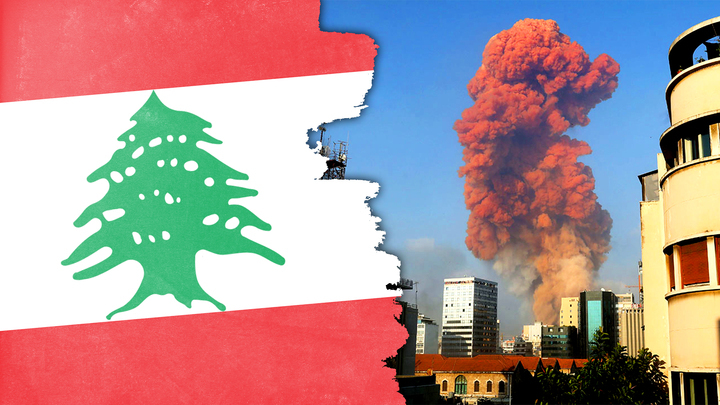 Lebanese officials are looking for answers after a massive explosion in Beirut killed at least 135 people and injured 5,000 on Tuesday.

“There are no words to describe the catastrophe,” President Michel Aoun said of the tragedy.

Lebanon’s Interior Minister told a local television station that right now, it appears that the blast was caused by the detonation of more than 2,700 tons of ammonium nitrate. The ammonium nitrate, which is used in fertilizer and bombs, had been seized from a cargo ship and was being improperly stored in a warehouse. Records show that officials knew the nitrate was being stored there and was dangerous but failed to act.

Current reports indicate that a fire at a nearby warehouse may have ignited the nitrate, but the cause of the fire is unknown. An investigation into the explosion is still underway.

“As head of the government, I will not relax until we find the responsible party for what happened, hold it accountable and apply the most serious punishments against it,” Prime Minister Hassan Diab said in a statement.

Sources told Aljazeera that the country’s cabinet is going to place port officials under house arrest pending the investigation. It is unclear how many officials this will involve or what their roles at the port were.

The State of Lebanon

The damage the blast has caused is catastrophic, leaving an estimated 300,000 people displaced. The governor of Beirut estimates that the country could be facing between $3-5 billion dollars in damage.

The explosion was strong enough to be felt in Cyprus, which is around 150 miles away from Beirut. Several hospitals were also damaged to the point that they could not take in new patients. Many of those hospitals were already treating COVID-19 patients as the country is dealing with a spike in cases.

Just last week, the country reimposed coronavirus lockdowns because of a case surge. Hospitals are already struggling to handle the pandemic and lack personal protective equipment and other tools to combat it. The new influx of injured people from the explosion is now putting hospitals at capacity.

This comes at a time of dire economic hardship for Lebanon as well. The country currently has an unemployment rate of 33% and 45% of the country living below the poverty line, according to Business Insider. Tensions with the government and leadership are already high because of this.

“Many blame the ruling elite who have dominated politics for years and amassed their own wealth while failing to carry out the sweeping reforms necessary to solve the country’s problems,” BBC News explained. “People have to deal with daily power cuts, a lack of safe drinking water and limited public healthcare.”

Recovery efforts are underway.  The Lebanon Red Cross has set up first-aid stations to help people with non-critical injuries and has sent in ambulances and Emergency Medical Technicians.

Countries across the globe are also pitching in. French president Emmanuel Macron will be going to Lebanon himself, while hise country is sending medical equipment, rescue teams, and other aid. The President of the European Council also said that the EU is ready to help however they can..

Israel, Jordan, Russia and Egypt are among the many other countries that have pledged or already sent assistance. President Donald Trump also said that United States is ready to help and called the explosion a “terrible attack.” However, at this time, officials have not called this an attack.

Celebrities are also getting involved in recovery efforts. Singer Dua Lipa has been sharing donation links and news articles on Instagram and is encouraging her followers to help however they can.

“Please if you are able and healthy to donate blood please do!!!” she wrote. “Beirut needs your help. There are people in critical conditions!”

Pop star Ariana Grande also tweeted out several links for donations and sent her condolences to the country.

Likewise, model Bella Hadid shared information about the blast and encouraged people to donate money or blood if possible.

See what others are saying: (Associated Press) (Reuters) (Aljazeera)