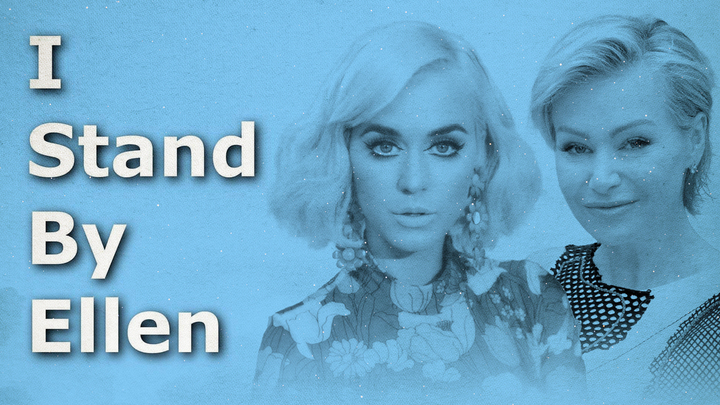 Rumors have been swirling that Ellen DeGeneres might be leaving her post as the host of her own talk show following allegations of a toxic workplace behind the scenes. However, those rumors were quelled on Tuesday morning, and celebrities began to speak up in support of the daytime host.

Pop star Katy Perry tweeted support for DeGeneres, saying she has “only ever had positive takeaways” from her encounters with her. Perry also praised DeGeneres for the strides she has made when it comes to representation and equality on television and elsewhere.

“Ellen has made my life so much easier for me and other LGBTQ people,” she commented. “I’ll never stop being grateful for that.”

Some Speak Out Against Ellen

Other stars have been quicker to condemn Degeneres. Brad Garrett, best known for his role on “Everybody Loves Raymond,” said these issues are well known and start at the top.

“Know more than one who were treated horribly by her.⁩ Common knowledge,” he tweeted.

“Back to the Future” actress Lea Thompson replied to an article sharing Garrett’s statement and said it was true.

Twitter has also been quick to punish DeGeneres. Several reports indicated that she was leaving and speculated that James Corden might be her replacement. On Monday, #ReplaceEllen was a trending topic where users suggested personalities that they believe should step into DeGeneres’ shoes.

The reports suggesting she is leaving the show have been disproven. On Tuesday, NBC News confirmed that DeGeneres would be staying on for an 18th season.

What Are the Accusations?

The accusations against DeGeneres and her staff are serious. Some former staffers say that producers use intimidation and fear tactics on set every day. Others say they have faced racism. WarnerMedia is conducting an investigation into the matter. DeGeneres herself released a statement on Thursday addressing her staff.

“On day one of our show, I told everyone in our first meeting that ‘The Ellen DeGeneres Show’ would be a place of happiness — no one would ever raise their voice, and everyone would be treated with respect,” she wrote. “Obviously, something changed, and I am disappointed to learn that this has not been the case. I could not have the success I’ve had without all of your contributions. My name is on the show and everything we do and I take responsibility for that.”

Almost a dozen also said it was common for him to make inappropriate sexual comments and jokes. Leman told BuzzFeed that these allegations and their article were malicious and misleading.

Executive producer Ed Glavin was also accused of inappropriately touching women, and allegedly “had a reputation for being handsy with women.” 47 former employees also told BuzzFeed that he led with intimidation and fear on a daily basis. Prior to BuzzFeed‘s publication, several reports indicated that as a result of WarnerMedia’s investigation, Glavin could be departing the show.

Co-executive producer Jonathan Norman was accused of grooming a former employee by taking him to concerts and giving him other perks. That employee alleges that one night, Norman attempted to perform oral sex on them. This was corroborated by three former employees. Norman also denied this to BuzzFeed, claiming that the accusations come from someone with ulterior motives.

It is not clear what other actions will be taken as a result of these accusations.

See what others are saying: (NBC News) (Washington Post) (People)