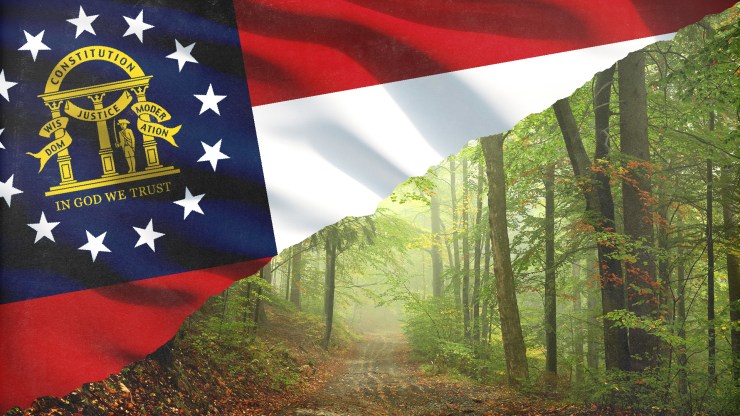 In Georgia, 260 campers and staffers at an overnight summer camp tested positive for the coronavirus in June, according to a recently released report from the Centers for Disease Control and Prevention.

This data contradicts the narrative that children are less likely to fall ill with and spread COVID-19, which many are relying on in the push to open schools back up in the fall. According to the CDC, 597 Georgia residents were at the camp, meaning the camp had a 44% attack rate. That rate is likely even higher, as test results from just 58% of those at the camp were available.

While the CDC referred to the camp just as “Camp A,” many reports have since identified the camp as YMCA Camp High Harbour, which closed following the outbreak. The median age of campers there is 12, while the median age for staffers is 17. According to NBC News, 231 of those 260 people who tested positive were aged 17 or under.

The outbreak started when a teenage staff member left the camp after developing chills. The next day, that staff member tested positive for the coronavirus. The camp then began sending kids home until it was fully shut down three days later. It was recommended that everyone get tested for the virus and isolate if positive.

How Did the Outbreak Spread?

Officials believe that while the camp followed a good chunk of the CDC’s suggested safety guidelines, the size of the outbreak might be tied to the fact that the camp neglected to implement a few key rules. For example, while staff at the camp were required to wear masks, the roughly 360 campers were not. The camp also did not utilize ventilation protocols, like keeping windows and doors open to allow air to circulate. Activities took place both indoors and outdoors, including “daily vigorous singing and cheering” which could have promoted disease spread.

“The multiple measures adopted by the camp were not sufficient to prevent an outbreak in the context of substantial community transmission,” the CDC said in their report. “Relatively large cohorts sleeping in the same cabin and engaging in regular singing and cheering likely contributed to transmission.”

The CDC also believes that asymptomatic spread was common and factored into the high case rate. The organization also believes that it is possible that some of the cases could have been tied to outbreaks outside of the camp given the spikes the state of Georgia saw throughout June and July.

The biggest takeaway from this outbreak, though, is the way that the disease spread among young people. It has commonly been believed that children are not as susceptible to the virus as adults; however, as officials receive new data, that belief is being questioned.

“This investigation adds to the body of evidence demonstrating that children of all ages are susceptible to SARS-CoV-2 infection and, contrary to early reports, might play an important role in transmission,” the CDC wrote.

This case is adding to concerns that there could be severe outbreaks when schools open up in the fall.

“We are not ready to have full in-person contact consisting of hundreds of students, faculty and staff with the expectation that no one spread or contracts COVID-19,” Dooly County Schools Superintendent Craig Lockhart told the Atlanta Journal-Constitution. “We are not ready to return to in-person schooling and be highly confident that we can protect employees and students.”

Georgia in particular has seen rapid case spikes throughout the state. The safety of schools was further called into question on Monday when it was reported that 260 employees from Gwinnett County School District, the largest school district in the state, either tested positive or were exposed to the coronavirus. They are currently being excluded from work as a result.

It is unclear if these events will change the way the state handles its school reopening strategies or if new policies will be implemented as a result of them.