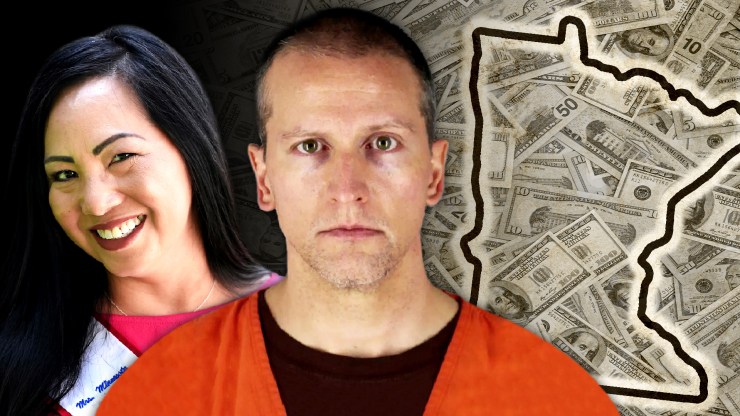 Derek Chauvin is a former Minneapolis police officer charged in the murder of George Floyd. According to County Attorney Pete Orput, the investigation into the tax matter and subsequent charges had nothing to do with Floyd’s case.

According to the criminal complaint, Chauvin and his soon-to-be ex-wife had issues reporting income to Minnesota, despite multiple correspondences with tax authorities about the issue in 2019. Although after talking with investigators last year, they did report some income.

Prosecutors allege it didn’t add up, and Orput finally decided to jointly charge the couple with failing to pay Minnesota taxes between 2016 to 2018, and under-reporting their income on their 2014, 2015, and 2019 returns. Neither of the Chauvins’ attorneys have commented about the case. However, Kellie did speak with investigators and said she knew she was supposed to file taxes every year, but “it got away from her.”

It seems like the couple was trying to dodge the taxes by claiming to be Florida residents, where they’ve owned a home since October 2011. According to the complaint, in 2018, they bought and registered a BMW from a Minnesota dealership where they listed their Florida house as their residence while also giving Florida driver’s licenses. According to Kellie, this was done because registering a car and sales tax on it would be cheaper in Florida.

Looking at the issue from a big-picture perspective, being a Florida resident also comes with the perk that the state has no personal income tax. However, that would only work if the couple were actually Florida residents, and didn’t meet the requirements to be Minnesota ones. Notably, the couple rarely actually lived in Florida, and spent the majority of each year living in Minnesota.

In Minnesota, one is considered a resident if they live there at least 183 days of the year, and owned or rented a “suitable abode.” Additionally, there are income requirements to be a resident and be liable for taxes. However, the complaint states, “Investigators determined that the Chauvins’ income was significantly over the threshold requirements and that they were Minnesota residents as they lived, worked and had significant connections to the state of Minnesota.”

Derek is accused of under-reporting income as an officer and hid more than $95,000 earned from his off-duty security work. Kellie is accused of failing to report $66,000 she made across 2014 and 2015, as well as under-reporting other income. The complaint also alleges the couple failed to properly calculate capital gains after they sold one of their Minnesota properties.

If they had properly paid their Minnesota taxes they would’ve owed about $22,000, but after interest and fees they currently owe $37,686.

Orput was critical of the couple, saying in a statement, “When you fail to fulfill the basic obligation to file and pay taxes, you are taking money from the pockets of citizens of Minnesota.” and adding, “Whether you are a prosecutor or police officer, or you are [a] doctor or a realtor, no one is above the law.”

Each of the nine charges carries a maximum of five years in prison and a $10,000 fine. Although prosecutors told local news that they were unsure if they would seek prison time for the Chauvins. They also emphasized that these charges only relate to Minnesota.

It’s unknown whether or not they under-reported income or property values to either the IRS or Florida tax officials.

See What Others Are Saying: (NPR) (Fox News) (Star Tribune)