HBO: The Weight of Gold Trailer

WIRED: Hacker Explains One Concept in 5 Levels of Difficulty

U.K. Wants Netflix to Add ‘Fiction’ Label to “The Crown” 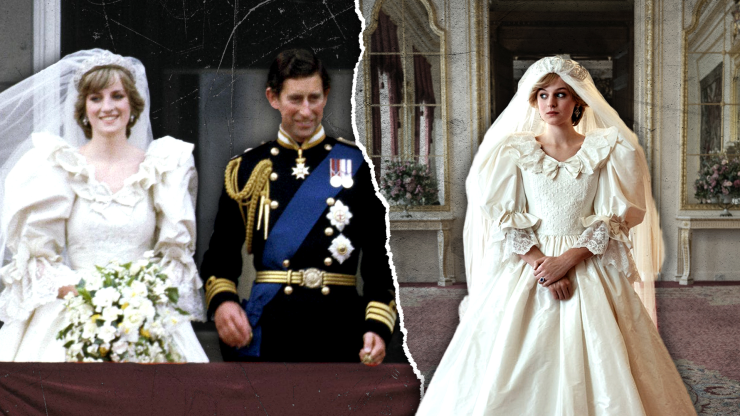 The United Kingdom says it will formally ask Netflix to place a fiction label on its popular series “The Crown.”

The show’s fourth season released in mid-November and has already ruffled feathers in the U.K. In an interview with The Daily Mail on Sunday, U.K. Culture Secretary Oliver Dowden confirmed rumors that the government was seeking such a label.

“It’s a beautifully produced work of fiction, so as with other TV productions, Netflix should be very clear at the beginning it is just that,” he said.

“Without this, I fear a generation of viewers who did not live through these events may mistake fiction for fact.”

Even without the theories tying her death to the Royal family, her struggle with her royal in-laws never helped the family’s image.

A warning label on the show, even on season 4, isn’t completely unheard of. A few episodes delve into Diana’s struggle with bulimia and have health warnings clearly shown before those episodes.

“Those were difficult scenes to film and I also feel like taking her to that place was a good thing,” Emma Corrin, who portrays Princess Diana, told Variety over the weekend.

“It gave me somewhere to go with her, but I was exhausted a lot those days coming off set because at the same time as you’re playing someone who’s fictionalized and obviously you’re not feeling or thinking those things, it’s your job to make yourself feel that way,” she added.

There are also pushes to affix a fictional label to the show by members of Diana’s family. Her brother, the Earl Spencer, told ITV, “It would help The Crown [the show] an enormous amount if at the beginning of each episode it stated that, ‘This isn’t true but is based around some real events’. Because then everyone would understand it’s drama for drama’s sake.”

Regarding the show’s fictionality, Corrin told talk show host Tamron Hall,“I think for everyone in “The Crown,” we always try and remind everyone that… the series we are in is fictionalized to a great extent.”

“Obviously it has its roots in reality and in some fact but Peter Morgan’s scripts are works of fiction.”

However, Morgan’s stance on fiction blurs the line a little. In the past, Morgan has defended his approach to the show, commenting, “You sometimes have to forsake accuracy, but you must never forsake truth.”

For critics, that thought process can lead to misrepresentations of what happened for the sake of a spun narrative. For example, in season 4 there’s a scene where Princess Diana is distressed and alone in her bedroom when Prince Philip, her father-in-law, approaches and asks what’s wrong.

She tells him she just wants to get away and he makes it clear that it won’t end well if she does. Diana replies, “I hope that isn’t a threat, Sir.”

Critics of the show claim this line is a way to foreshadow Diana’s death and a subtle nod to the theory that the Royals orchestrated her death.

In 1999, French police debunked that claim and put sole responsibility for the crash on her driver, who they claim was intoxicated at the time of the accident. Otherwise, the media and paparazzi are criticized for following her life so closely, particularly on the night of her death, prompting her driver to speed away dangerously.

Netflix has yet to make any comments about the U.K.’s looming request.

See What Others Are Saying: (Variety) (Radio Times) (Vulture) 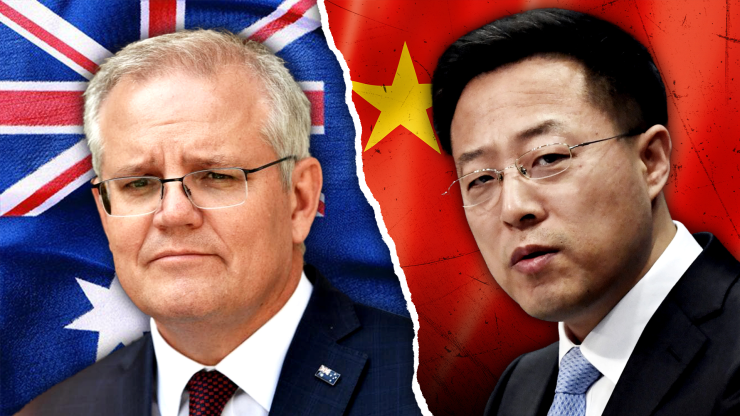 Tweets on the International Stage

China has refused to apologize for a tweet by a Chinese Foreign Ministry official that caused Australian Prime Minister Scott Morrison to ask Twitter to take down the post.

On November 29, Foreign Ministry spokesman Zhao Lijian tweeted out, “Shocked by murder of Afghan civilians & prisoners by Australian soldiers. We strongly condemn such acts, &call for holding them accountable.”

That post also featured the staged image of an Australian soldier holding a bloody knife to an Afghan child, with the caption, “Don’t be afraid, we are coming to bring you peace!”

Zhao was referencing an internal report by the Australian Defence Force released earlier this month. The report investigated allegations of Australian war crimes and found found “credible information” that 25 Australian soldiers were involved in the murders of 30 Afghan civilians and prisoners between 2009 and 2013.

“The Chinese government should be totally ashamed of this post. It diminishes them in the world’s eyes. It is a false image and terrible slur on our defense forces,” he added.

Chinese diplomats seem to be confused about why Spokesperson Zhao’s tweet got such a strong response from Australia. A different Foreign Ministry spokesperson, Hua Chunying, responded to reporters questions about the incident and said, “The Australian side reacted so strongly to my colleague’s personal tweet.”

“Are they justifying the ruthless killing of innocent Afghan civilians by Australian soldiers but suggesting that it is unreasonable for anyone to condemn such a cold crime?” he continued.

The issue has highlighted differences in how the West and China see the same situation. The Australian war crimes report was met with indignation at the actions of certain soldiers, while also being praised as a new standard of transparency.

Meanwhile, in China, this report highlighted perceived hypocrisies in the West over human rights. The image Zhao tweeted out is actually from a Chinese Weibo user who has gained some fame this year for making art criticizes Western takes on democracy and human rights.

This situation is the latest in an ongoing series of diplomatic tit-for-tats between Australia and China. In April of this year, Australia tried to get E.U. support in investigating whether Beijing’s early response to the coronavirus led to it becoming a global pandemic. China responded with tariffs on Australian barley and this past Friday imposed duties on Australian wine.

These incidents actually reach out beyond just Australia and China. China uses the threat of cutting off or limiting trade on smaller nations to “win” international disputes. In the case of Australia, that’s a significant threat; 40% of everything Australia sells internationally goes to China.

The combat this, the U.S. has sought to make a loose-coalition of Western nations to jointly-retaliate when China tries to do this, although those efforts have yet to materialize.

See What Others Are Saying: (BBC) (Wall Street Journal) (CNBC) 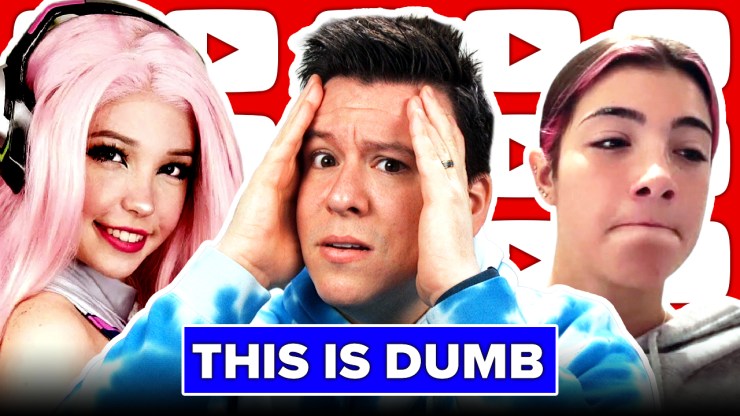 A Convo With: iJustine

Julie Nolke: I support (most) women

I hate having to talk about this, but its important we do…

This is a strange interesting weird mess…

This is an absolutely insane mess

Twitch Apologizes for Mishandling Copyright Crackdowns After Months of Controversy

Why The Weeknd, Justin Bieber, and Nicki Minaj Are Slamming the Grammy Nominations

I hate having to talk about this, but its important we do…

This is a strange interesting weird mess…

This is an absolutely insane mess