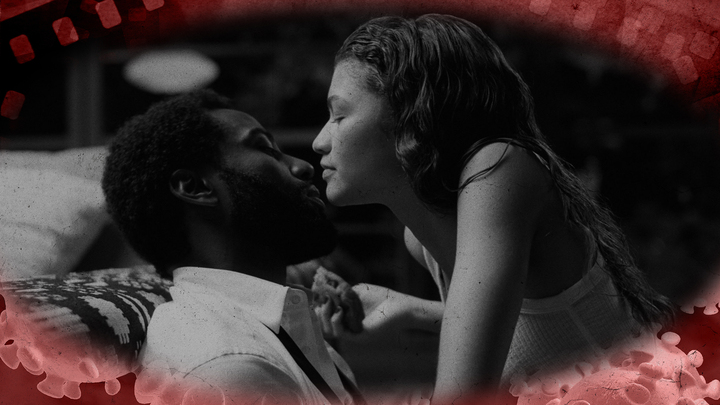 Zendaya, along with John David Washington and “Euphoria” creator Sam Levinson, secretly filmed an entire movie during the coronavirus pandemic.

According to a report from Deadline, the actress called Levinson after production for season 2 of “Euphoria,” which she also stars in, came to a halt over concerns regarding COVID-19. She asked if he could write and direct a movie during quarantine and just six days later, he churned out a script titled “Malcolm & Marie.”  Levinson then brought Golden Globe-nominated Washington on board to co-star in the feature alongside Zendaya.

Shooting began on June 17 and wrapped up on July 2, according to Deadline’s exclusive. The film was shot at the Caterpillar House in Monterey County, California, where shooting on private property was allowed at the time. The house sits on 33 acres of land, providing plenty of space between the crew and the outside world.

Levinson, Washington, Zendaya, and other producers on the project worked with lawyers, doctors and industry unions to make sure they were following COVID-19 safety precautions while on set. Deadline said that the cast and crew quarantined in Monterey for two weeks prior to shooting.

During that time, everyone wore masks, social distanced, had individual dwellings, rehearsed in the parking lot, and ate in designated spots with food only prepared by chefs who were also quarantining. No one was allowed off the property, no physical contact was allowed, and no more than one person was allowed in a room at the same time, unless those people had been quarantining together.

Cast and crew were tested at the start and end of their quarantine, and the film kept to a relatively small crew. Only 12 people were allowed on set at a time, and had to wear personal protection equipment when in contact with actors. Physical distancing was required as much as possible.

Production offices worked remotely and there were increased sanitation measures for those on set. Surfaces were cleaned, frequent hand washing was required, and people were not allowed to share things like keys or phones.

This comes as production fell last quarter by 98%, according to The Hollywood Reporter. Because of this, Hollywood is anxious to find a path forward with filming. Some bigger productions, like “Jurassic World: Dominion,” which is set to resume filming this month, will have large budgets devoted to sanitation.

Christopher Miller, a writer and producer behind hits like “The Lego Movie” and “Spiderman: Into the Spiderverse” warned that these increased cases could throw the industry further behind.

Right now, Hollywood could look to “Malcolm & Marie” as an example of how to shoot a film while in quarantine. While it was completed in secrecy and details are still scant, projects designed to be completed in some form of isolation could be the answer.

See what others are saying: (Deadline) (The Hollywood Reporter) (IndieWire)

Lady A, Formerly Lady Antebellum, Sues Black Blues Singer Lady A Over Rights to Use Name