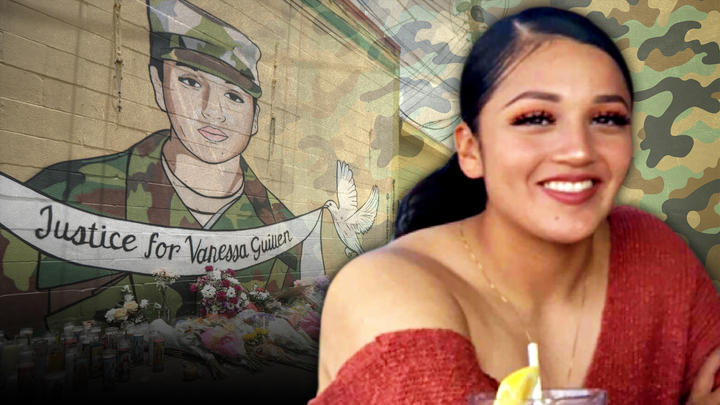 Investigators have identified the remains of Vanessa Guillén, an Army Specialist who went missing from Fort Hood in April.

The remains were initially discovered on June 30. While they were believed to be the remains of Guillén, DNA evidence did not confirm the victim’s identity until Sunday evening. The remains were found by a river in Bell County Texas where workers were building a fence. Investigators had searched that exact area nine days prior but did not find the body.

Guillén was last seen on April 22 in a Fort Hood parking lot. Her family had long been calling for answers in her disappearance, criticizing investigators for slow movement on the case.

The family has also claimed that Guillén experienced sexual harassment while at Fort Hood. While she told friends, family, and other soldiers, Guillén did not formally report these incidents because she feared potential retaliation.

Eventually, social media users joined in on the family’s calls for answers, spreading campaigns for justice in Guillén’s name and holding peaceful protests.

The man suspected of killing Guillén, a fellow soldier named Aaron David Robinson, died by suicide when authorities tried to take him into custody last week. According to Guillén’s family and lawyer, he was among the men who allegedly harassed her. Investigators, however, have said they have not yet found that Robinson harassed Guillén. Investigations are still ongoing.

Another suspect, Cecily Aguilar, is in custody. She has been identified by numerous reports as Robinson’s girlfriend, and an estranged wife of a former Fort Hood soldier. Aguilar is facing one count of conspiracy to tamper with evidence and could face up to 20 years in federal prison if she is convicted. According to a release from the Department of Justice U.S. Attorney’s Office in the Western District of Texas, Aguilar said that Robinson confessed he had killed a female service member to her. He allegedly struck her in the head with a hammer while at Fort Hood.

Robinson then allegedly transferred the body off to a remote site in Bell County and asked Aguilar to help him dispose of it. Aguilar claimed she recognized the deceased as Guillén before she “helped Robinson mutilate and dispose of” her.  Reports indicate that they had attempted to cut up and burn parts of the body before burying the remains in separate holes.

Guillén’s sister Mayra claims that she met Robinson on the base in the aftermath of her sister’s disappearance. Mayra claimed that Robinson laughed in her face at one point.

“Not knowing that he had something to do with it, I felt, something was telling me that, that he did something and I wasn’t wrong,” Mayra said during a press conference.

Guillén’s family, along with their attorney Natalie Khawam, are calling for a Congressional investigation into this case. They believe the investigation thus far has been improper.

“We will never know what happened, ever, until we get a Congressional investigation because everything that we were given was lies,” Khawam said during a press conference last week. “It was evasive. They were not sincere, they were actually very disingenuous to us.”

“I don’t know who is covering up for who but it doesn’t matter,” she added.

Khawam is not the only one asking for a probe into the matter. Senator Kirsten Gillibrand and Representative Jackie Speier wrote a letter calling for the Department of Defense Inspector General to investigate Guillén’s disappearance, the circumstances of her workplace, and the Army’s response to both.

hashtags #IAmVanessaGuillén and #FindMySister,” they wrote. “If the Army must rely on relatives, not commanders or comrades, to take the initiative in locating missing soldiers, there is something fundamentally broken in the institution.”

Representative Tulsi Gabbard is also calling for an investigation, as well as legislation to protect those serving in the military from harassment and assault. Guillén’s case has also prompted numerous people who have previously served to tell their own stories of assault in the military using the hashtag #IAmVanessaGuillén.

See what others are saying: (ABC News) (Washington Post) (NPR)

International Students Who Take Only Online Courses This Fall Cannot Stay in the US, ICE Says

Fire Island Beachgoer Slammed for Partying While Having COVID-19