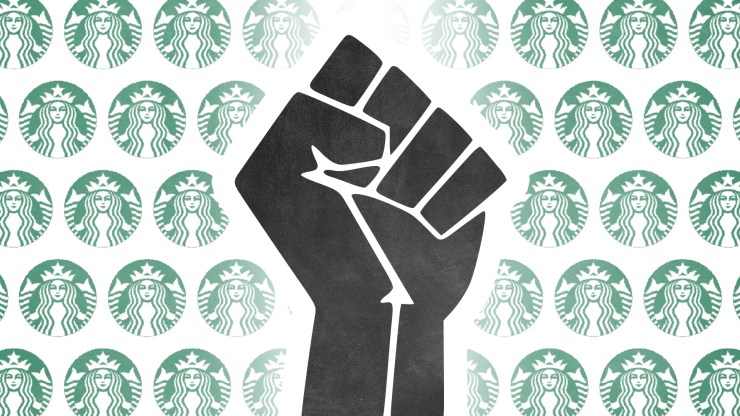 Starbucks will now allow its employees to wear apparel in support of the Black Lives Matter movement after facing fierce backlash for previously banning it under its dress code.

“We see you. We hear you. Black Lives Matter. That is a fact and will never change,” they wrote in a Friday morning message addressed to their employees, whom they call partners. The letter was written by the Chief Operating Officer, Roz Brewer; Executive Vice President Rossann Williams; and the Vice President of Diversity and Inclusion, Zing Shaw.

In response to this historic time, our store partners can also show support for the Black Lives Matter movement with their own t-shirts, pins and name tags. To learn more, visit: https://t.co/LQ6fKsIP10

The company also announced that it is currently designing its own Black Lives Matter t-shirts. Until those arrive, Starbucks is encouraging its staff to wear their own clothing in support of the movement.

“We’ve heard you want to show your support, so just be you. Wear your BLM pin or t-shirt,” the coffee chain added. “We are so proud of your passionate support of our common humanity.”

This statement came one day after many pledged to boycott the Seattle-based coffee giant for telling its employees that wearing anything in support of Black Lives Matter was not allowed under the chain’s dress code.

In an internal memo obtained by BuzzFeed News, Starbucks said staff could not wear any pin that “interferes with safety or threatens harm to customer relations or otherwise unreasonably interferes with Starbucks public image.”

Banned pins include anything that advocates for a political, religious, or personal matter. Because of this, Black Lives Matter clothing did not “currently adhere to policy.” Starbucks instead suggested that employees wear a “Keep It Brewing” t-shirt that had been designed by their Black Partner’s Network. This came after employees were asking if they could wear Black Lives Matter attire as the country sees ongoing protests against police brutality following the death of George Floyd.

Many believed that it was hypocritical of the company to bar their employees from actually supporting the movement in their stores, especially after its recent public statement. On June 4, the chain pledged its support of Black Lives Matter and promised to donate $ 1 million to organizations promoting racial equality.

Others were frustrated that staff can wear pride pins in support of LGBTQ rights, but not Black Lives Matter. In some cases, employees have said the company will actually give out LGBTQ pins and attire.

A bulk of the frustrations came from the fact that many believed that racial equality should not even be considered a political issue.

Even after Starbucks reversed their decision, many were still outraged that it had to take the threat of a boycott for the company to allow its staff to publicly support Black Lives Matter.

On the other hand, some were pleased that the chain listened to the public and its employees.

“So damn proud to be a partner today!” one Twitter user said.

In it’s Friday statement, Starbucks claimed that it wanted to be part of the calls for change across the country.

“This movement is a catalyst for change, and right now, it’s telling us a lot of things need to be addressed so we can make space to heal,” the company leaders wrote. They promised to ensure “a safe third place where you are seen, heard and valued.”

See what others are saying: (CNBC) (Forbes) (Wall Street Journal)

Reddit Co-Founder Resigns From Board, Asks to Be Replaced by a Black Candidate