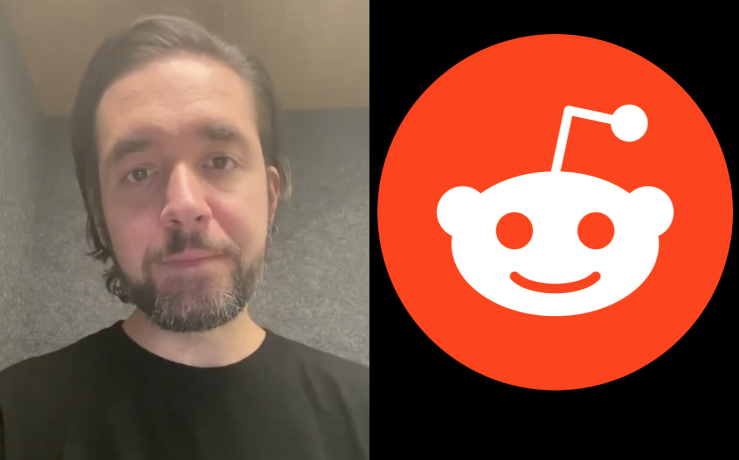 Reddit co-founder Alexis Ohanian announced his resignation from the company’s board of directors Friday, urging that his seat be filled by a black candidate.

As protests continue over the killing of George Floyd, businesses and industry leaders have faced mounting pressure to take meaningful steps that support the black community and fight against racism. “I’m writing this as a father who needs to be able to answer his black daughter when she asks: ‘What did you do?’” Ohanian explained in a blog post, on social media, and in a video message.

“I believe resignation can actually be an act of leadership from people in power right now. To everyone fighting to fix our broken nation: do not stop,” he added in his statement.

The move came just days after the site faced heavy criticism for allowing subreddits to remain active, like r/the_donald, which has been known to promote white supremacist content.

It’s most vocal critic was former CEO Ellen Pao, who responded to the company’s June 1 message in support of the Black Lives Matter movement.

In a letter from current CEO Steve Huffman, the company said, “we do not tolerate hate, racism, and violence, and while we have work to do to fight these on our platform, our values are clear.”

To that, Pao said: “I am obligated to call you out: You should have shut down the_donald instead of amplifying it and its hate, racism, and violence. So much of what is happening now lies at your feet. You don’t get to say BLM when reddit nurtures and monetizes white supremacy and hate all day long.”

Pao wasn’t alone in that opinion. Following her comments, many subreddit communities took collective action to protest police brutality and racism, as well as Reddit’s failure to adequately deal with racist rhetoric and hateful content on its platform.

On Wednesday subreddits like r/NFL, r/military, r/AskReddit, r/EDM, r/DankMemes, r/AskHistorians and dozens of others across a variety of genres went private. In a post on r/MaleFashionAdvice, a moderator called out Reddit’s “blatant hypocrisy” in allowing hateful subreddits to exist while publicly condemning police brutality.

“To us, actions speak louder than words,” the moderator u/BespokeDebtor wrote Wednesday. “The admins have repeatedly demonstrated a tolerance for such behavior and provided sanctuary to the very people they’re supposedly condemning.”

Protest action varied across each community, but many moderators banned new posts for either a full day or eight minutes and 46 seconds, the amount of time Geoge Floyd had a knee pressed into his neck by a white officer before dying.

CEO Responds to Resignation and Criticism

However, he spent a great deal of time addressing how the company plans to address hateful content.

“We’re working with mods to change our content policy to explicitly address hate,” Huffman added. “I want to take responsibility for the history of our policies over the years that got us here, and we still have work to do.”

Huffman said there are three problems Redding is most focused on.

Though he admitted that the site is already trying to address these issues, he promised more urgency.

“We will update our content policy to include a vision for Reddit and its communities to aspire to, a statement on hate, the context for the rules, and a principle that Reddit isn’t to be used as a weapon,” he continued.

“We have details to work through, and while we will move quickly, I do want to be thoughtful and also gather feedback from our moderators (through our Mod Councils). With more moderator engagement, the timeline is weeks, not months.”

See what others are saying: (The Verge) (DailyDot) (CNBC)

How Companies Have Responded to the Killing of George Floyd