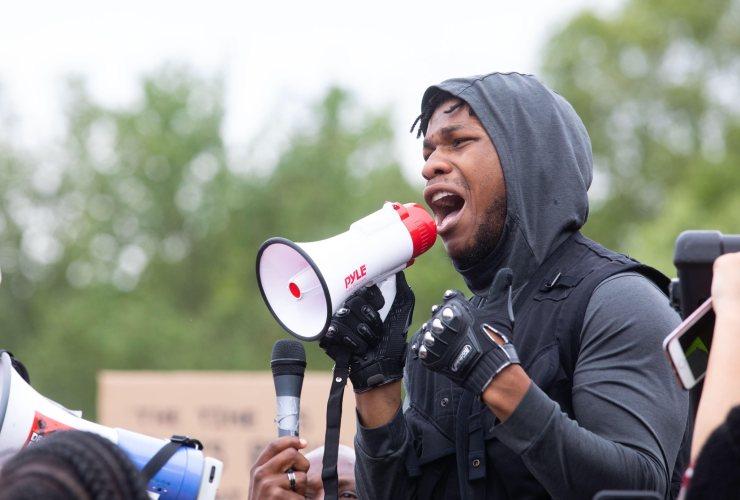 Star War’s actor John Boyega is one of the many celebrities supporting the Black Lives Matter movement and calling for justice over the killing of George Floyd.

Since protests first broke out last week, he’s made headlines for speaking out against racism on Twitter and Instagram.

Now he’s in the news again after giving a powerful speech during a demonstration at Hyde Park in London.

Clips of his speech have spread on social media that show him getting emotional when talking about the struggles Black people face. “I need you to understand how painful this shit is…to be reminded every day that your race means nothing!”

He also fought back tears when pleading with Black men to take care of Black women. “They are our hearts. They are our future. We cannot demonize our own.”

Along with that, Boyega talked passionately about fighting for Black people around the world to live in freedom.

He also encouraged protesters to keep things peaceful, saying “because you know what guys, they want us to mess up.”

Tons of different segments from his speech have been praised, but one moment that seemed to capture a lot of attention was this: “I’m speaking to you from my heart. Look, I don’t know if I’m going to have a career after this, but fuck that.”

That was a very striking comment for people who pointed to the white privilege of celebrities like Ariana Grande and Harry Styles, who don’t have to worry about losing their careers for protesting.

It’s hard to deny that the risk is real for Boyega when you considering the fact that Colin Kaepernick lost his football for fighting the same fight. So in response to that, several Hollywood figures made sure to pledge their support for Boyega.

“BlacKkKlansman” producer Matthew A. Cherry tweeted, “I would work with John Boyega and I urge other Non-Black creators to affirm that they have his back as well.”

Jordan Peele, the Oscar-winning writer behind films like“Get Out” and “Us”, then follow up with “We got you, John.”

Others like Olivia Wilde and Elizabeth Banks said they would be honored to work with Boyega, with similar praise coming from people like Lin-Manuel Miranda, Paul Feig, and dozens of other industry players.

Oh god I WISH, Ojalá! From Attack The Block to this day! pic.twitter.com/sB7eJqF0sy

But the biggest display of support came from the Disney-owned Star Wars Twitter account, which shared a photo of Boyega from the protest along with a statement that said Lucasfilms stands with him. “John Boyega, you are our hero,” it added.

The flood of statements are major signs of solidarity for the fight against racial injustice. They show that key figures in the entertainment industry not only trying to ease Boyega’s fears but are also encouraging him and others to use their celebrity for a greater purpose.

See what others are saying (Vanity Fair) (Insider) (The Hollywood Reporter)

NFL Apologizes for Not Listening to Black Players, Then Gets Blasted by Trump 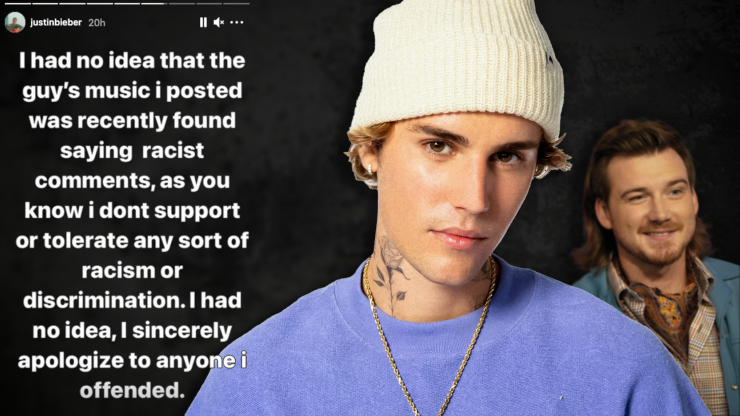 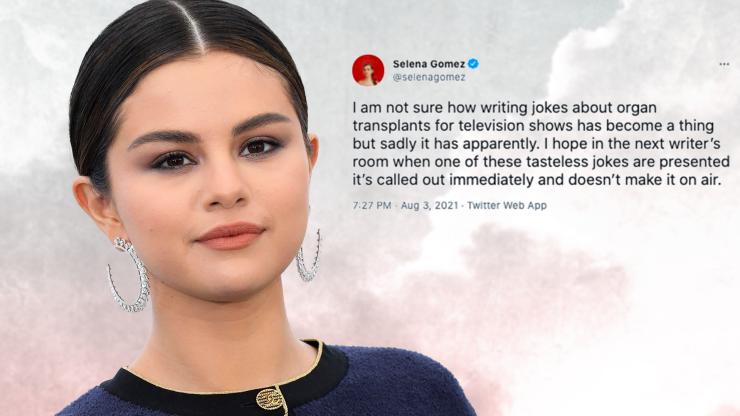