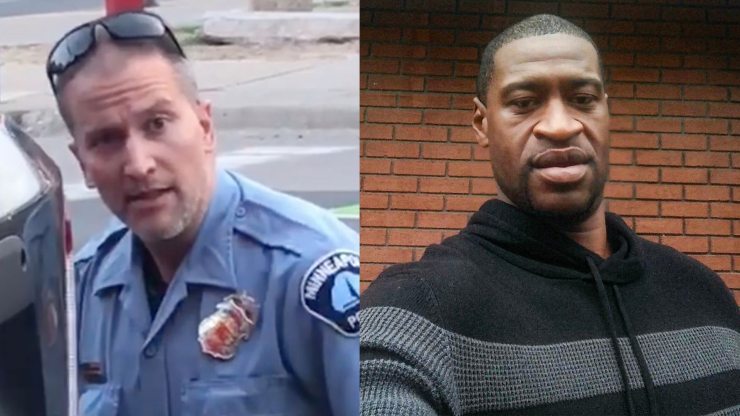 After days of violent protests and widespread demands for justice, former Minneapolis police officer Derek Chauvin was arrested and charged for the death of George Floyd.

Chauvin was fired Tuesday, along with three other officers involved in the detainment of Floyd, with Chauvin specifically identified as the man who pressed his knee into Floyd’s neck for more than eight minutes.

Chauvin and the other officers detained Floyd in handcuffs Monday after he allegedly used a counterfeit bill at a convenience store. But outrage grew after video of the arrest was released, which showed 46-year-old Floyd, who was unarmed, repeatedly stating that he couldn’t breathe as the officer held his position. Floyd eventually lost consciousness and was pronounced dead at the hospital.

Chauvin was taken into custody Friday morning, according to Minnesota Department of Public Safety Commissioner John Harrington. A short time after that news broke, Hennepin County Attorney Mike Freeman announced that Chauvin was charged with Third-degree murder and manslaughter.

“We entrust our police officers to use certain amounts of force to do their job to protect us. They commit a criminal act if they use this force unreasonably,” he said.

Freeman also said he anticipated that charges would come against the other three officers, however, he said, “We felt it was appropriate to focus on the most dangerous perpetrator. This case has moved with extraordinary speed.”

Freeman said that the criminal complaint would be completed and available later in the day. As of now, the Minnesota Bureau of Criminal Apprehension (BCA) and the FBI are both investigating Floyd’s death.

If convicted of third-degree murder and second-degree manslaughter, Chauvin would face up to 25 years in prison on the first charge and up to 10 years on the second.

Third-degree murder means an offender did not intend to kill, but that someone died “by perpetrating an act eminently dangerous to others and evincing a depraved mind, without regard for human life.”

For this reason, many are unsatisfied with the level of the charge. Others are calling for all officers involved to face repercussions and are frustrated by all of the pleading and widespread calls for justice that it took for charges to come in the first place.

The family of George Floyd seems to share a similar opinion. They responded to news of the charges in a statement shared by their attorney, Benjamin Crump.

In it, they said the arrest was a “welcome but overdue step on the road to justice.” However, they added that they expected and want a First-degree murder charge.

“We call on authorities to revise the charges to reflect the true culpability of this officer,” the statement continued.

The family also noted that the other officers should also face consequences as well. “For four officers to inflict this kind of unnecessary, lethal force – or watch it happen – despite outcry from witnesses who were recording the violence – demonstrates a breakdown in training and policy by the City.”

“We fully expect to see the other officer who did nothing to protect the life of George Floyd to be arrested and charged soon.”

Also on Friday, details from the medical examiner’s report were released.

New video also appeared on social media that appears to better show just how close those other officers were during the arrest, according to CNN and NBN News. In it, two of the officers appear to be kneeling, though it’s unclear if they are placing their knees on Floyd’s body or on the ground.

The footage was filmed from the opposite side of where the more widely viewed footage featuring Chauvin was captured. It has further pushed the argument that the officers were complicit in his death and should be charged accordingly.

See what others are saying: (The Guardian) (Wall Street Journal) (The New York Times)

Why Fake Activist and Blackout Tuesday Posts Are Sparking Outrage