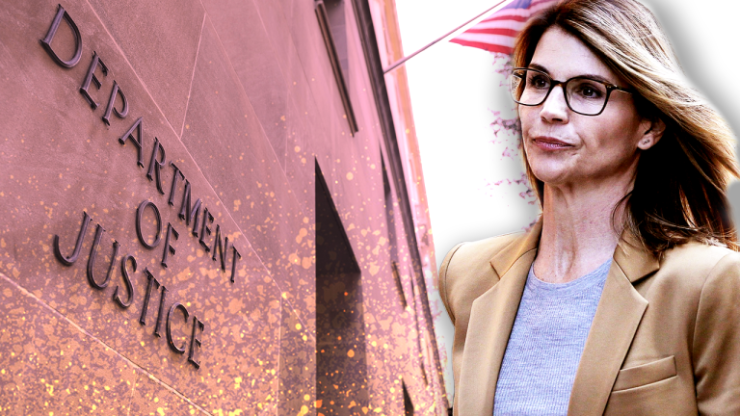 Actress Lori Loughlin and her husband, designer Mossimo Giannulli, will plead guilty to charges related to the college admissions scandal after maintaining their innocence for over a year.

The couple is scheduled to enter their plea Friday morning. Loughlin and Gianulli were accused of paying $500,000 to get their two daughters, Isabella Rose and Olivia Jade, into the University of Southern California as false rowing recruits.

They will become the 23rd and 24th parents in the College Admission Scandal to enter into a guilty plea. Loughlin will be pleading guilty to one count of conspiracy to commit wire and mail fraud. She has agreed to serve two months in prison, a fine of $150,000, two years of supervised release, and 100 hours of community service.

Giannulli will plead guilty to one count of conspiracy to commit wire and mail fraud and honest services wire and mail fraud. He has agreed to a sentence of five months in prison, a fine of $250,000, two years of supervised release, and 250 hours of community service. All other charges against both Loughlin and Giannulli will be dismissed, per the agreement. A judge will have the final say on the extent of their punishment.

If the couple had continued to plead not guilty, they would have faced trial in October. If they were found guilty there, conspiracy charges could have landed them up to 20 years in prison.

In the past couple of months, major developments in the case painted a bleak picture for the couple. In April, a release of evidence included photos that were allegedly used as part of the scam to get their daughters into USC. The photo showed Olivia Jade and Isabella Rose on rowing machines. Accompanying email correspondences showed Rick Singer, the mastermind behind the colossal scandal, requesting Giannulli send action shots of the girls so he could build their athletic portfolios.

On May 8, a judge dismissed Loughlin’s and Giannulli’s bid to have the charges dropped against them. They cited misconduct on the behalf of federal agents, claiming they fabricated evidence. The judge rejected the bid, saying there was no such misconduct.

Soon after the news of their guilty plea broke, Loughlin, as well as Aunt Becky, the name of her famous Full House character, became trending topics on Twitter.  A major discussion point was the brevity of the possible sentences, which many considered to be a minor slap on the wrist afforded to them because of their wealth, privilege, and celebrity status.

People experienced a similar outrage when actress Felicity Huffman was sentenced to just 14 days for her participation in the college admissions scandal. Huffman was accused of getting her child’s SAT scores faked. Prosecutors initially suggested she get four months. When all was said and done, Huffman was released after serving just 11 days.

Many brought up the case of Tanya McDowell, a woman in Connecticut who lied about her address to get her son into a better school district. McDowell was homeless and living out of her van at the time, and used her babysitter’s address on documents. She ended up getting five years in prison after entering a plea deal that encompassed charges related to this as well as drug charges.

Many of the other parents involved in the scandal have received relatively light sentences. The news of Loughlin’s plea agreement surfaced frustrations around this again.

“The type of ‘justice’ Lori Loughlin got is generally reserved for the rich and the white,” one Twitter user wrote.

Some also believed that because Loughlin and Giannulli dragged this process out for over a year before pleading guilty, this was an especially huge miscarriage of justice.

Others also thought that because of the coronavirus pandemic, the couple might try to serve the majority of their sentence from home instead of in prison, making it an even more relaxed punishment.

See what others are saying: (The Hollywood Reporter) (Wall Street Journal) (Variety)