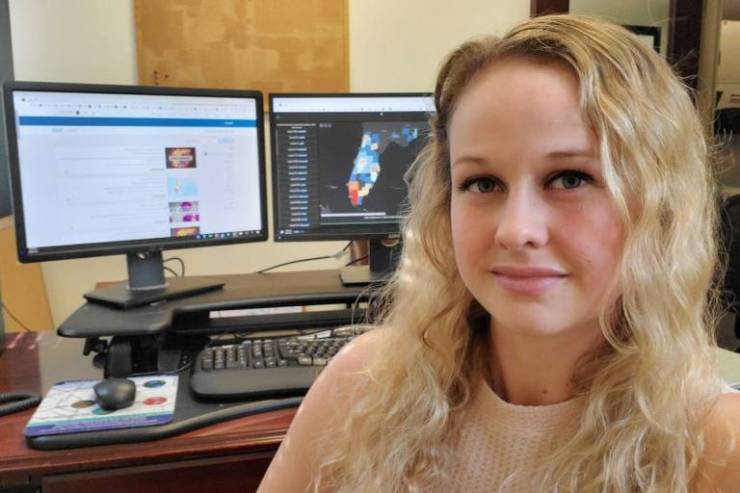 The scientist who managed Florida’s official website for public COVID-19 data said Tuesday that she was fired for she refusing to manipulate data to support the state’s broad plans to reopen.

Rebekah Jones, who also designed the state’s coronavirus dashboard, said in an email last Friday that she had been removed from her project.

“I would not expect the new team to continue the same level of accessibility and transparency that I made central to the process during the first two months,” she wrote. “After all, my commitment to both is largely [arguably entirely] the reason I am no longer managing it.”

But on Tuesday, Jones told CBS12 that her removal was “not voluntary.” She claimed she was fired because she was ordered to censor data, but refused to “manually change data to drum up support for the plan to reopen.”

According to emails obtained by the Tampa Bay Times, Jones had “objected to the removal of records showing people had symptoms or positive tests before the cases were announced.”

Department staff had given her the order after that data was requested by reporters, the outlet reported, adding that Jones “complied with the order, but not before she told her supervisors it was the ‘wrong call.’”

The next day, control of the data was taken away from her.

“Rebekah Jones exhibited a repeated course of insubordination during her time with the department, including her unilateral decisions to modify the department’s COVID-19 dashboard without input or approval from the epidemiological team or her supervisors,” the statement said.

“Accuracy and transparency are always indispensable, especially during an unprecedented public health emergency such as COVID-19,” it added. “Having someone disruptive cannot be tolerated during this public pandemic, which led the department to determine that it was best to terminate her employment.”

While speaking at a press conference, DeSantis called Jones’ firing and her accusations a “nonissue.” He also claimed that she had sent an email to her supervisor, but her comments had been misinterpreted.

“I don’t know who she is but they gave me an email that she sent to her supervisor, said that, ‘Uh oh, I may have said something that was misrepresented,’” he said.

This is not the first time Florida has had issues with data reporting and transparency. While DeSantis has repeatedly praised his own administration for its data transparency throughout the pandemic, many have criticized him and the state’s actions.

According to the Miami Herald, state officials have “consistently resisted revealing important data points and public records to the news media and taxpayers, relenting only in the face of lawsuits.”

In fact, DeSantis has previously been accused of hiding and censoring coronavirus information in the past.

He and his administration have repeatedly refused to reveal information about infection and death counts at nursing homes and state prisons, how early cases started appearing in Florida, and most recently, accounts of coronavirus deaths as documented by medical examiners.

Despite serious concerns about transparency and the veracity of the state’s data reporting, DeSantis has repeatedly used that same information to justify broadly reopening the state.

See what others are saying: (CBS12) (The Miami Herald) (The Tampa Bay Times)