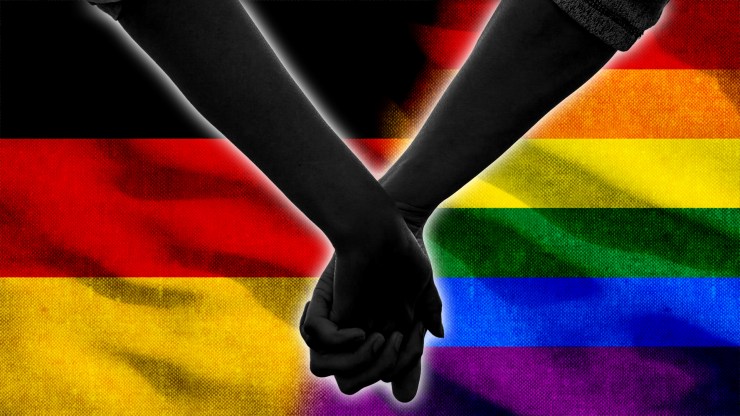 Germany has become the latest country to ban gay “conversion therapy” for those below the age of 18.

In December of last year, Germany’s Cabinet backed a bill banning the widely discredited practice, which aims to change a person’s sexual orientation or gender identity. The country’s parliament then voted Thursday to pass the legislation as well.

Along with a ban on the practice against minors, the legislation also prohibits advertisements for it. Parents and legal guardians can even be punished for making children take part through deception, coercion, or threats.

Punishments for those who coerce minors into the practice are major. A 2019 survey by OutRight Action International, a global human rights organization, found that a third of people around the globe who have undergone conversion therapy chose to do it for themselves, while two-thirds were coerced.

Lawmakers Push for the Ban

Conversion therapy practices can sometimes include hypnosis and electric shocks, but experts say the word ‘therapy’ is misleading because there is no scientific basis for it. In fact, conversion therapy has been associated with suicidal ideation and attempts, as well as drug abuse and depression.

Federal Health Minister Jens Spahn, the Christian Democrat party’s most prominent gay politician, said in a statement, “Homosexuality is not a disease. Therefore the name therapy alone is misleading,”

“This so-called therapy makes people sick and not better. The ban is also an important signal from society to all those who are unsure about their homosexuality: It is okay to be the way you are,” he added.

While the bill has been widely applauded, some argue that it does no go far enough.

A few members of Germany’s left-wing opposition refused to support the measure because it included just minors under the age of 18. Instead, they hoped the bill would use the traditional societal category of “youth,” which extends to persons 26 or younger.

Gabriela Lünsmann of Germany’s Lesbian and Gay Association (LSVD) is one who agreed that the age limit should be raised. She also objected to the inclusion of the phrase “treatment performed on humans,” which she and her organization said “has a positive connotation and suggests a promise of healing and an achievable treatment goal.”

But Spahn defended the ban ahead of the vote in the Bundestag, saying he wanted a law that could easily withstand legal challenges.

“I want a ban which will be robust, including if it’s brought before the courts,” he said.

He did not give other specifics about the reason for these age limits, but under German law, it’s easier to protect minors. Legal justifications became more tricky for adults when freedom of speech and conscience laws are taken into account.

“Young people are being forced into conversion therapies,” Spahn explained, “and so it is very important that they should find support in the existence of this law: a clear signal that the state does not want this to happen.”

Germany is now the fifth nation to pass such a ban, following decisions from Malta, Ecuador, Brazil, and Taiwan, according to OutRight Action International. In the U.S. about 20 states and several cities have banned the practice for minors. Some members of Congress have even pushed for the ban to be established on a federal level.

“So-called conversion therapy efforts are based on the belief that cis-gender heterosexuality is the norm, and transgender identities and same-sex attraction not only fall outside the norm, but have to be changed, if need be by brutal, inhuman force,” the group’s executive director Jessica Stern said in a statement.

“The German Bundestag took an incredibly important step today – by banning ‘conversion therapy’ it sent a powerful message that LGBTIQ people are not in need of change or cure.”

U.S. Denies Role in Venezuelan Coup Attempt. Here’s What You Need to Know