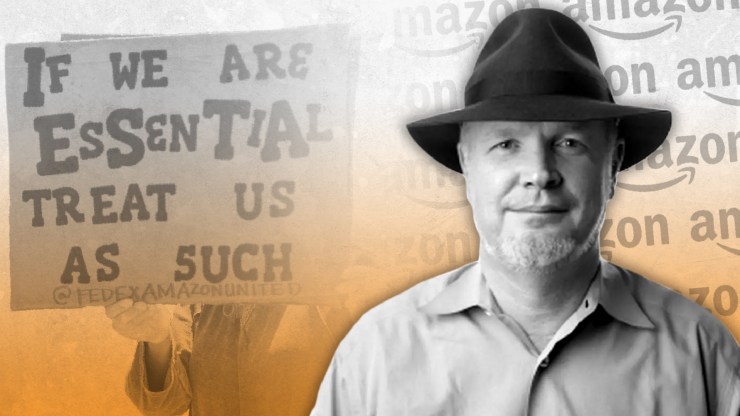 What’s Been Going on at Amazon?

An Amazon Vice President resigned from his position after the company fired whistleblowers who criticized its COVID-19 response efforts, saying the actions represented a “vein of toxicity” in company culture.

Tim Bray, former VP and Distinguished Engineer at Amazon Web Services, announced his resignation in a Monday blog post. For several weeks, Amazon workers have been striking to demand cleaner and safer working conditions. They’ve also bee asking for personal protective equipment and other tools to protect their health, which they feel is in jeopardy while working. Amazon workers were among the many essential employees that led May Day strikes on Friday.

The retail giant has faced criticism for how it has responded to these strikes. In March, they fired Chris Smalls, who led and attended a strike in New York, saying that by doing so he was in violation of a company-imposed quarantine. Leaked memos later showed a potential plan to smear Smalls by making remarks insulting his intelligence. Amazon also fired two tech workers, Maren Costa and Emily Cunningham, who had been critical of the company’s climate policies and had been trying to support warehouse workers amid their complaints.

While all of this was the tipping point for Bray, his frustrations with Amazon date back further. In his blog post, he said that he was among the many employees who signed a letter by Amazon Employees for Climate Justice demanding that the company pass a climate resolution. When the resolution did not pass, AECJ organized a walkout. But before they could stage it, Amazon announced a climate plan and threatened the leaders of the event with dismissal.

When jobs were not only threatened but also lost as a result of fighting against Amazon’s response to the coronavirus, he could no longer stand idly by.

“It was clear to any reasonable observer that they were turfed for whistleblowing,” Bray wrote, speaking about Costa and Cunningham. The two were also AECJ leaders.

Bray claimed that he made his concerns clear via the appropriate channels at the company, but knew this would not be enough for him.

“That done, remaining an Amazon VP would have meant, in effect, signing off on actions I despised. So I resigned,” he wrote. “The victims weren’t abstract entities but real people.

“I’m sure it’s a coincidence that every one of them is a person of color, a woman, or both. Right?” he continued.

He later called Amazon’s choice to fire these workers “evidence of a vein of toxicity running through the company culture.”

“I choose neither to serve nor drink that poison,” he added.

Amazon workers are not the only ones concerned about warehouse conditions and company firings. Attorneys-General in several states have lodged complaints of their own. In France, several Amazon warehouses have had to shut down because of the pandemic. Courts have also ruled that the company has to limit its deliveries to essential products only.

Bray thinks that legal action also needs to be taken in the United States to prevent the company from overreaching. He also believes that when you look at the big picture, the issues at Amazon all boil down to power imbalance.

“At the end of the day, the big problem isn’t the specifics of Covid-19 response,” Bray wrote. “It’s that Amazon treats the humans in the warehouses as fungible units of pick-and-pack potential. Only that’s not just Amazon, it’s how 21st-century capitalism is done.”

His choice to resign from Amazon made waves online. Cunnigham thanked him for taking a stand in a tweet.

Author and activist Naomi Klein said this his kind of courage is needed “in every workplace and walk of life.”

See what others are saying: (The Verge) (Washington Post) (Business Insider)

California Lodges Lawsuit Against Uber and Lyft for “Misclassifying” Drivers as Gig Workers, Not Employees

Essential Workers Team Up for May Day Strikes, Demanding Better Treatment During Pandemic