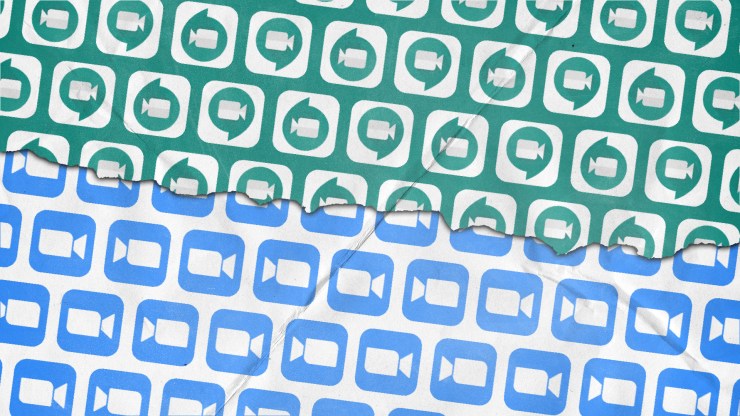 Google said Wednesday that it was making its video chatting service, Google Meet, free to consumers, a move that could make it a tougher competitor against the widely-used teleconferencing service, Zoom.

Google Meet was previously only available to paying customers of G Suite, the company’s line of apps including Gmail, Drive, and Docs. Anyone was able to join a video meeting through the service by clicking a shared link, but the meeting had to be created by a user with a G Suite membership.

But soon, a free version of the product will available for all consumers. In a blog post, G Suite president Javier Soltero wrote, “Starting in early May, anyone with an email address can sign up for Meet and enjoy many of the same features available to our business and education users, such as simple scheduling and screen sharing, real-time captions, and layouts that adapt to your preference, including an expanded tiled view.”

Video chatting has become more and more crucial as the coronavirus pandemic forces non-essential services all over the world to remain closed. Virtual gatherings have not only allowed for social connections with friends and family, but they’ve also been essential for schools and businesses to keep their operations running remotely.

But despite Google Meet’s success, Zoom has absolutely dominated the video chatting industry. It made a huge leap from 10 million daily users in December to 300 daily users as of now.

Still, Zoom hasn’t been without criticism. The service has been met with complaints regarding its privacy and dating-sharing policies, on top of frustrations over “Zoombombing,” when uninvited guests crash a video session.

It seems like Google may have taken a shot a Zoom about those concerns in its announcement by emphasizing its focus on security.  “We’ve invested years in making Meet a secure and reliable video conferencing solution that’s trusted by schools, governments and enterprises around the world,” the company said early on in its blog post.

It stressed that the service was “designed, built and operated to be secure at scale,” with some of its key features including the ability to admit or denying users into conferences and not allowing anonymous users into meetings, among other measures. These features seem to hit exactly the places where Zoom has admitted it’s fallen short.

On top of that, Zoom’s free tier offers free video meetings of up to 100 people, but they’re capped at 40 minutes. Google Meet, by contrast, allows for the same number of people to join a call and limits meeting to 60 minutes; however, the company says it won’t even enforce that rule until after Sept. 30.

Google isn’t the only company striving to reach and surpass Zoom’s success.  Last week, Facebook announced Messenger Rooms, a feature that allows video chatting with people though Messenger even if they don’t have a Facebook. Microsoft is also pushing its own video chatting app, Teams.

After Google’s announcement, Zoom reportedly saw a drop in shares by 7% on Wednesday, according to MarketWatch. However, some think that Zoom carries too much name recognition at this point to be booted out of its position at the top of the teleconferencing industry.

According to The New York Times, Google business chief Philipp Schindler was on a video call with thousands of employees last month when someone on the call asked about Zoom’s success. As Schindler replied, his young son reportedly barged into the room and asked if Schindler was on a Zoom call with his workers.

“Mr. Schindler tried correcting him, but the boy went on to say how much he and his friends loved using Zoom,” the newspaper reported.

See what others are saying: (Market Watch) (CNET) (CNN)