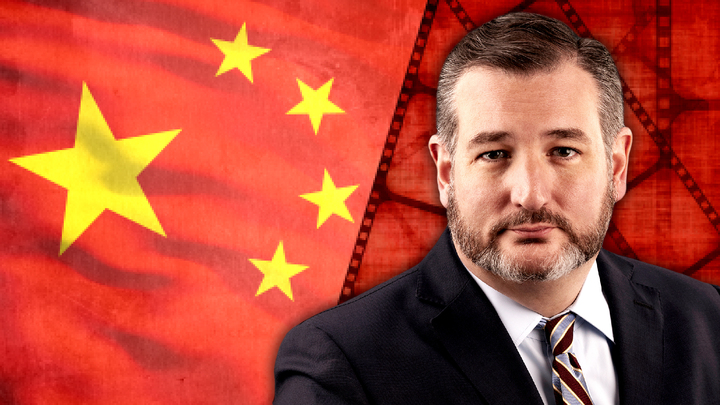 What is the SCRIPT Act?

Sen. Ted Cruz (R-TX) plans to introduce legislation that would block film studios that agree to censor their movies in China from receiving assistance from the Department of Defense.

Cruz plans to introduce the bill, which is called the Stopping Censorship, Restoring Integrity, Protecting Talkies Act, or the SCRIPT Act, when Senate sessions resume. Movie studios frequently censor portions of their films for their release in China. Many also receive help from the DOD to gain expert advice or access to equipment so their stories and production can be accurate.

But now, Cruz wants Hollywood to make a choice.

“For too long, Hollywood has been complicit in China’s censorship and propaganda in the name of bigger profits,” he said in a statement. “The SCRIPT Act will serve as a wakeup call by forcing Hollywood studios to choose between the assistance they need from the American government and the dollars they want from China.”

With 1.4 billion citizens, the Chinese box office is incredibly valuable to studios. According to Box Office Mojo, in 2019 China’s box office brought in $7.9 billion, coming in second only to the United States, which brought in over $11 billion. Before the coronavirus outbreak brought moviegoing to a halt, accounting firm PricewaterhouseCoopers anticipated that China would surpass the U.S. in 2020.

Because so much money is at stake, studios concede to China on a lot of fronts when it comes to censorship. But Cruz says he wants to “combat China’s growing influence” over American media.

“From buying media outlets to broadcast propaganda into America to coercing Hollywood studios and sports leagues to self-censor by threatening to cut off access to one of the biggest markets for sports and entertainment in the world, the Chinese Communist Party spends billions and billions of dollars to mislead Americans about China and shape what our citizens see, hear, and think,” he added in his statement.

So far, no major studios have responded to the upcoming legislation.

There is no shortage of content that China aims to restrict when Hollywood brings its blockbusters overseas. Bohemian Rhapsody had to remove scenes that explored Freddie Mercury’s sexuality. Likewise, a brief kiss between two women was cut from Star Wars: The Rise of Skywalker late last year. Other films where homosexuality is a major plot point, like Brokeback Mountain, have been denied any release in the country.

LGBTQ messaging is not the only topic Chinese theaters want to keep off the big screen. Skyfall only got the green light to screen in the country after it erased scenes where violence against security forces and prostitution in China were depicted. Ten minutes of footage were dropped from Pirates of the Caribbean: At World’s End because China feared one character vilified Chinese people. A sequence in the opening of Mission Impossible III was cut because it depicted underwear hanging out to dry on a clothing line in Shanghai, which censors thought looked negative. Iron Man 3 saw a scene added for its Chinese release, where famous Chinese actors played doctors discussing an operation on the titular hero.

Some movies never see the light of day in the country. The 2011 Red Dawn remake was originally going to center around young fighters resisting an invasion of Chinese soldiers, but distributors had them swap Chinese soldiers for North Korean ones. Even though editors scrambled to digitally replace flags and switch the dialogue over, China still did not screen the movie. They also did not screen Disney’s Christopher Robin because many often make jokes comparing the resemblance of President Xi Jinping to Winnie the Pooh.

Hollywood’s Relationship with the DOD

Still, Hollywood relies on the DOD for many reasons. Their relationship is nearly a century old and the Pentagon even has its own entertainment liaison office. According to the DOD, they work with the film industry “to accurately depict military stories and make sure sensitive information isn’t disclosed.”

The DOD helps films that might need military assets like jets or tanks. They also help films that want to film on location places like Air Force or Naval bases. According to The Independent, 800 feature films have been aided by the DOD over the years, including Iron Man, Transformers and The Terminator. The DOD also extends its hand to television and has assisted 900 small screen titles since 2005.

See what others are saying: (Politico) (The Hill) (Fox News)