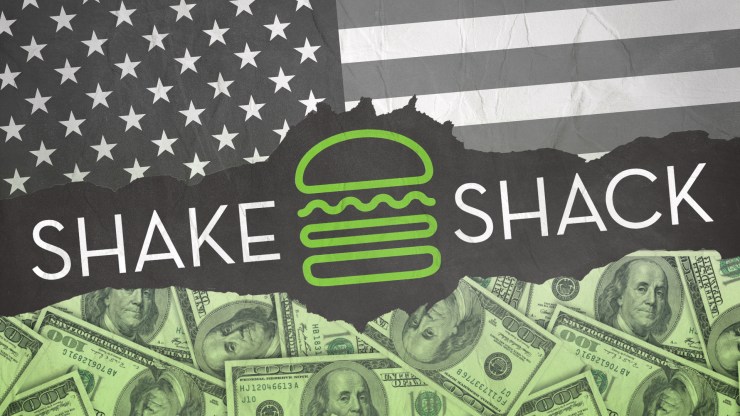 Shake Shack is returning the $10 million it received from the Payroll Protection Program so that businesses in higher need for financial assistance can get it.

The New York-based burger joint, which is publicly traded and has 275 locations worldwide, released a statement on Monday morning announcing their decision.

“We’re thankful for [the loan] and we’ve decided to immediately return the entire $10 million PPP loan we received last week to the SBA so that those restaurants who need it most can get it now,” CEO Randy Garutti wrote.

Chain restaurants and hotels with under 500 employees per location were eligible for the PPP loan. According to Garutti, very few, if any, chain restaurants employ more than that per location. He said that the PPP “came with no user manual and it was extremely confusing” but that his company ultimately decided to apply “to protect as many of our employees’ jobs as possible.”

Garutti released this statement along with Danny Meyer, the CEO of Union Square Hospitality Group, which founded Shake Shack. While Shake Shack has taken a financial hit as a result of the coronavirus, USHG is facing harder times. USHG is an independent restaurant group in New York, and it closed all of its restaurants in March. The group also laid off 2,000 employees.

Independent Businesses Get Left Out

USHG was able to get some loans approved, but not enough. Like many other small businesses in the country, the PPP ran out of funding before it could give them their much-needed boost. Still, on top of Shake Shack, other chains like Ruth’s Chris Steakhouse, Potbelly Sandwich Shop, Kura Sushi and more got a pretty penny from the loan.

“If this act were written for small businesses, how is it possible that so many independent restaurants whose employees needed just as much help were unable to receive funding?” the statement by Garutti and Meyer continued. “We now know that the first phase of the PPP was underfunded, and many who need it most, haven’t gotten any assistance.”

While both Shake Shack and USHG are based in the Big Apple, small businesses around the country are feeling the impacts of this. April Richardson, the owner of local D.C bakery DC Sweet Potato Cake told CNN she applied for the PPP and got nothing. Richardson was hoping for far less than the millions places like Shake Shack received, with the report noting that a potential $23,000 would have gone a long way for her bakery.

Since she did not get it, she had to ask three of her employees to file for unemployment.

“It’s a reminder to small businesses that our voices are dampened,” she told CNN. “What are we doing this for? Why are we in business just to be told we’re not good enough because we’re not big enough?”

The Future of the PPP

Because the funding ran out so quickly and was spread to chains who seemingly do not need it as much as hyperlocal businesses, Garutti and Meyer laid out suggestions for how Congress should amend the PPP going forward.  They advised legislators to spread funding more efficiently and assign restaurants to banks so that locations without pre-existing bank relationships are not left out. They also urged them to remove the clause that states that businesses rehire employees by June.

“That timeline is unlikely achievable for full service restaurants,” they wrote, specifically referencing spots based in New York, which has become the epicenter of the U.S. outbreak.

There are plans in motion to add more funding to the PPP.  Treasury Secretary Steven Mnuchin is hopeful that Congress can get something agreed on as soon as Monday, with a vote by Wednesday. This deal would send another $310 billion to the PPP. Another $75 billion would help hospitals and another $25 billion would expand testing nationwide.

It is unclear how negotiations will go, as Democrats have been pushing for more hospital funding, while Republicans want that funding to be allocated in an entirely separate piece of legislation.

See what others are saying: (CNN) (Wall Street Journal) (NPR)