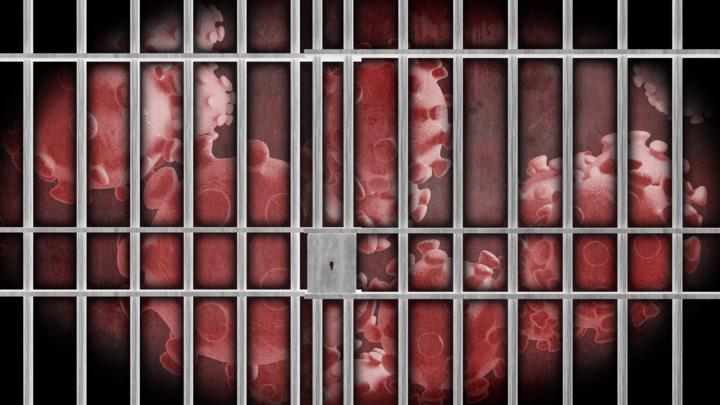 Coronavirus Spreads in Jails and Prisons

Concerns over the growing threat of coronavirus outbreaks among incarcerated populations have increased in the last week as confirmed cases appeared in jails and prisons all over the country.

Multiple states are reporting that both inmates and staff members have tested positive for the coronavirus, including Texas, Florida, New Jersey, and South Dakota.

In South Dakota specifically, nine inmates broke out of a jail after a case was confirmed. All of the inmates have reportedly been returned.

The place hit the hardest by far is New York City, where it was reported Tuesday that 52 inmates and 30 staffers in multiple jails tested positive.

On Saturday, the federal Bureau of Prisons (BOP) confirmed that the first federal inmate had the coronavirus. According to their website, a total of three inmates and three workers have now tested positive.

At least a dozen states have responded to the growing crisis by releasing hundreds of inmates.

New York City Mayor Bill De Blasio said Tuesday that he will release 300 prisoners in the city and is looking to raise that number to 1,000. The biggest effort so far seems to be New Jersey, where around 1,000 prisoners are set to be released after the state’s chief justice signed an order Sunday.

Meanwhile, other facilities have taken efforts to limit interaction by stopping non-medical visits, restricting inmate activities, and taking other precautions.

At the federal level, the BOP announced Tuesday that it was imposing a mandatory 14-day quarantine for all new inmates going into any of its facilities.

But many lawmakers and advocacy groups feel that these efforts will fall short, and are calling on President Donald Trump and his administration to act.

On Monday a bipartisan group of 14 senators wrote a letter to Attorney General William Barr and BOP Director Michael Carvajal urging them to release vulnerable inmates or transfer them to home confinement.

The Department of Justice (DOJ), for its part, has asked Congress for the ability to release low-risk offenders to home confinement amid the pandemic.

At the same time, the DOJ also asked Congress to give Barr the power to detain people indefinitely while they wait trials and hearings delayed because of the virus, a move that would keep inmates in custody longer.

Separately, nine advocacy groups wrote a letter to President Trump Tuesday, calling on him to use his clemency power to commute the sentences of inmates that are at high risk from the virus and those eligible for compassionate release.

When asked during a press conference on Sunday if he is considering an executive order to free elderly nonviolent offenders from federal prison, Trump seemed to be open to the idea.

“We have been asked about that and we’re going to take a look at it,” he said.