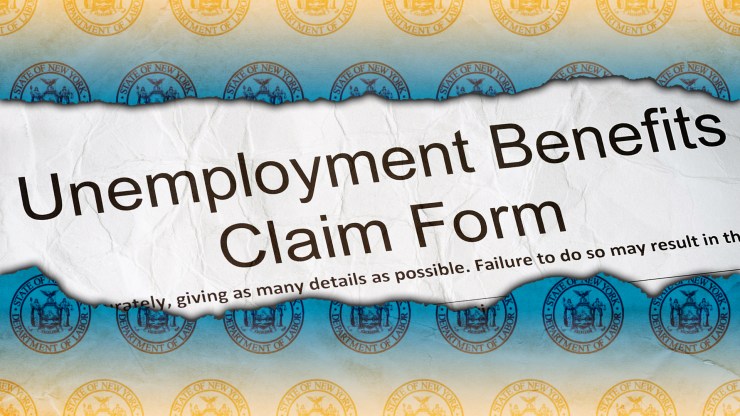 The United States Labor Department reported Thursday that 281,000 people applied for unemployment benefits last week, a massive surge of 33% from the previous week.

Economists expect the situation to get much worse, predicting more than a million people are on track to lose their jobs by the end of the month.

But given current events, that number is not necessarily surprising. Stocks have been plummeting and a lot of the economy is grinding to a standstill. On top of that, more and more businesses have closed their doors since the outbreak of COVID-19 in the U.S. Some companies, like Marriott, are furloughing tens of thousands of employees.

All of that has put a massive strain on unemployment offices, with many people being put on hold for hours at a time. On Monday alone, so many people were trying to file for unemployment benefits in states like New York, Oregon, and New Jersey that their websites crashed.

While those technical issues are partly because of how fast unemployment is rising, they’re also a result of many state offices not expecting such a rapid surge in unemployment claims. Reportedly, many have low levels of staffing.

In fact, the surge in unemployment has been so fast that it’s on pace to do in a number of weeks what it took the 2008 Recession months to do.

Some People Are Told They Don’t Qualify for Unemployment

Along with hours-long wait times and trying to navigate broken websites, many people have recounted horror stories after learning they don’t qualify for benefits in their state.

In an interview with The Washington Post, 30-year-old Army vet Sean McGuire said he lost his job as a dishwasher in Portland because of the coronavirus.

“I was on hold with the Oregon Department of Labor for over an hour,” he told The Post. “They were inundated. When I finally spoke to a person, they told me I don’t qualify.”

The reason McGuire was unable to draw benefits is because he had moved to Oregon from New York at the beginning of the year. Notably, that meant he hadn’t worked in Oregon long enough to qualify.

After that, he tried applying online in New York. He then said the website crashed, so he called the unemployment office. After another long wait, he was again told he didn’t qualify, this time because he had quit his job in New York.

As unfortunate and as scary as a situation like that is for a person, it’s becoming an increasingly common story. Gig workers, tipped workers, and full-time students also tend to not qualify for benefits in many states.

According to the Center on Budget and Policy Priorities, 16 states have such restrictive criteria that less than 20% of laid-off workers even qualify for unemployment benefits.

Say, however, that you do qualify for unemployment in your state. One, you could be in a state where you have to sit on a week-long waiting list before you can see any payment. Or two, you might find that the average weekly payment of $385 just isn’t enough.

“Workers expect unemployment insurance to be there for them in a downturn,” labor economist Martha Gimbel told The Post. “A bunch of workers are about to find out that it’s not. This is a real-life nightmare. Every hole we allowed to grow in our social safety net is hitting us all at once.”

What Are Governments Doing to Fix the Problem?

That bill is expected to provide some relief, but it’s not a cure-all. Even before the coronavirus pandemic started, 23 states were already running low on their unemployment trust funds.

That’s part of the reason why Trump Administration and a lot of other lawmakers are pushing for Congress to pass a bill that would send immediate checks to people. The Trump plan would provide $1 trillion in support, with $500 billion of that being split being two direct payments.

See what others are saying: (Politico) (Fox Business) (NPR)