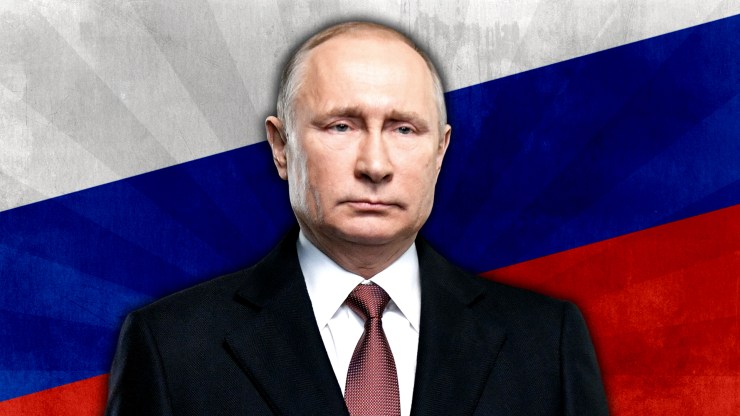 Russian President Vladimir Putin endorsed a constitutional amendment Tuesday that could let him stay in the presidency until 2036.

Russia’s constitution currently limits the president to two consecutive terms, and right now Putin is two years into his second six-year term, which is set to end in 2024.

The keyword here is “consecutive”— the constitution just says a president cannot serve more than two consecutive terms. But if a termed-out president sits out just one term, then they can run for re-election again.

This is something Putin has done before.

He served as president for two terms from 2000 to 2008, before the terms were changed from four to six years. When he was termed out, he stepped down and took over the role of prime minister under then-President Dmitry Medvedev.

Then in 2012, he was elected again, and Medvedev basically just switched places with Putin, taking over the role as prime minister.

Putin won again in 2018, but with his fourth term set to end in 2024, many wondered what he would do next. Of course, under Russia’s constitution, he could sit out another six-year term and then run for president again in 2030.

But Putin is currently 67, which means he would be 77 by the time he was eligible to run again in 2030. So while his next move was up in the air, most experts expected the president to try to consolidate his power in some way.

In January, he proposed a series of constitutional amendments that experts said were part of a clear effort to retain some kind of influence after his term.

Now, it seems like he has gone back on those plans, instead opting to just change the rules so he can stay in the most powerful position longer.

Tuesday’s events appeared to set that plan in motion, in a series of developments that many have described as highly choreographed.

This was evident from the get-go, when the idea was first proposed by Valentina Tereshkova, a popular member of parliament who is famous for being the first woman to go to space.

Tereshkova said that Russia should either scrap term limits altogether or pass an amendment that would basically reset Putin’s term-limit clock so he could run for a third consecutive term.

“Given his enormous authority, this would be a stabilizing factor for our society,” the former cosmonaut argued.

That was reportedly met with applause and was followed by a call to Putin, who then made a rare appearance in parliament to express his support for resetting his term limits.

“The president is a guarantor of security of our state, its internal stability and evolutionary development,” he said. “We have had enough revolutions.”

“I’m sure that together, we will do many more great things, at least until 2024. Then, we will see,” he concluded.

Notably, Putin said did not want to scrap term limits altogether. Even more notably, he said the constitution should keep the two-term limit.

Putin asserted that he believes Russia must turn into a country that changes presidents regularly— just not now, because it is not ready. Shortly after that, the lower house of parliament approved the proposal by a large margin.

The law will now go to Russia’s Constitutional Court, which is all but assured to decide it is legal. From there it will go to the Russian people who will vote on it as a referendum on April 22 along with other proposed constitutional reforms.

If approved, Putin would get the green light to chance another 12 years in office— another 16 years, if you include 2020 through 2024.

Technically, Putin has not officially said that he will run, but given his remarks about how Russia is not ready for a new president yet, it would be a pretty good bet that he will.

See what others are saying: (The New York Times) (The Guardian) (The Associated Press)

Leaders Respond to Panic Buying: “The World Is Not Coming to an End”