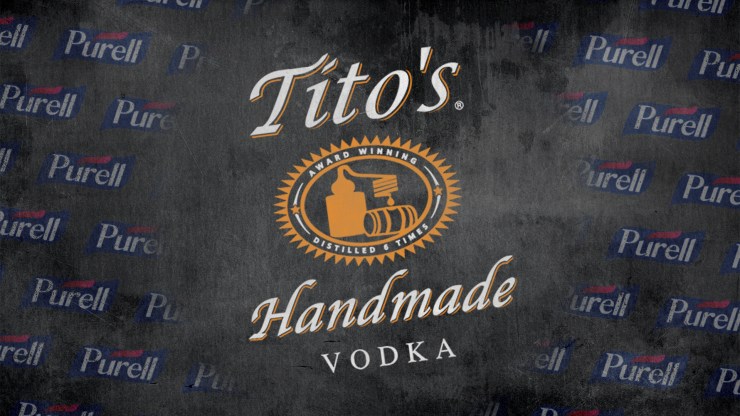 The novel coronavirus has seen an increase in cases and deaths worldwide, but perhaps nothing is escalating as quickly as the fear surrounding the outbreak. This fear has pushed people to stock up on toilet paper, scavenge for face masks, and now the latest development: some are trying to make their own hand sanitizer out of Tito’s Vodka.

While it’s true that alcohol is a key ingredient in hand sanitizer, Tito’s Vodka is warning Americans that its liquor is not an adequate substitute in these recipes. The Center for Disease Control and Prevention (CDC) recommends washing your hands first to get rid of germs, and in cases when you cannot access soap and water, use hand sanitizer that contains at least 60% alcohol.

Tito’s is only 40% alcohol, a fact the distillery has been reminding people of all week as some have posted about ineffective recipes or claimed they want to attempt these concoctions.

By Thursday, Tito’s Vodka was trending on Twitter. Some jokingly encouraged the company to take advantage of the misunderstanding.

But Tito’s wanted to dispel the misinformation and honor the advice of the CDC.

“As soon as we saw the incorrect articles and social posts, we wanted to set the record straight,” a spokesperson for Tito’s said in a statement. “While it would be good for business for our fans to use massive quantities of Tito’s for hand sanitizer, it would be a shame to waste the good stuff, especially if it doesn’t sanitize (which it doesn’t, per the CDC).”

While there have been reports of a shortage of hand sanitizer both in stores and online in the wake of the coronavirus outbreak, making debunked homemade recipes is not the solution.

In terms of trying to stay healthy as the coronavirus spread, the CDC recommends other tips on their website such as staying home when sick, not touching your face, and washing your hands the old fashioned way.

See what others are saying: (Business Insider) (Fox News) (Vice)