Check out https://phil.chrono.gg/ for 30% OFF “Stone Story RPG” only available until 9 AM!

The Last of Us’ is Coming to HBO

How to Drink: Archer’s Peppermint Patty plus New Drinks!

A Conversation With: Safiya Nygaard & Tyler Take A Marriage Test & Much More

India Cuts Off Internet for 81 Million To Stop Exam Cheating 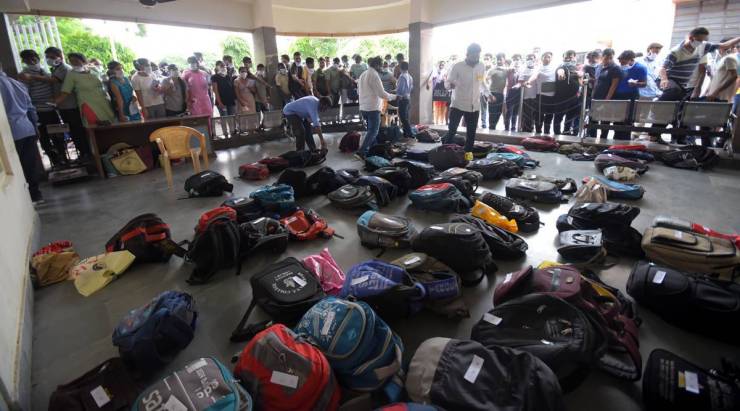 Teachers leaving bags at an exam center in Jaipur, Rajasthan on Sunday. Via: Rohit Jain Paras

While internet shutdowns are relatively common during exams in the region, non-test takers who were burned by the outage questioned why alternative anti-cheating measures were not taken instead.

Nearly 81 million people in the Indian state of Rajasthan had their internet completely cut off for 12 hours on Sunday in a government effort to stop cheating during the Rajasthan Eligibility Exam for Teachers.

Shutdowns of this nature aren’t unheard of during such exams. Other states implemented similar policies during important exam periods, and the move isn’t isolated to India either. Asian municipalities have also implemented similar anti-cheating measures.

It’s unclear why the decision to block the internet for everyone in Rajasthan was considered the best solution, rather than other measures such as confiscating electronic devices when entering exam rooms. However, for the other 79 million residents in the state, the outage proved to be a major annoyance.

Residents were without internet from 6 a.m. to 6 p.m, and local outlets reported workers, many of whom are still doing their jobs from home amid the coronavirus pandemic, found themselves without any means to contact their employers and colleagues. Employers couldn’t get messages and communications to clients, and overall, people reported that financial transactions came to a standstill.

In a country where digital transactions — either through mobile devices or even cards — reign supreme, having large amounts of cash on hand was burdensome. The inconvenience is expected to have an economic impact, something that the Udaipur Trade body warned would happen when the measures were first announced earlier in the month.

The Software Freedom Law Centre was similarly concerned about the shutdown.

“Internet shutdowns have a harrowing impact on citizens and are often disproportionate in nature. Internet shutdowns are bound to cause economic loss, an impact on education, healthcare, and other welfare schemes,” it wrote in a message to authorities.

“An internet shutdown during a pandemic can be especially grave considering citizens depend on the internet to get information, work, and study.”

The Centre also warned that this internet shutoff was likely against the law, as cheating doesn’t constitute a “public emergency” or “public safety” measure.

See what others are saying: (Quartz) (Yahoo! Finance) (The Indian Express) 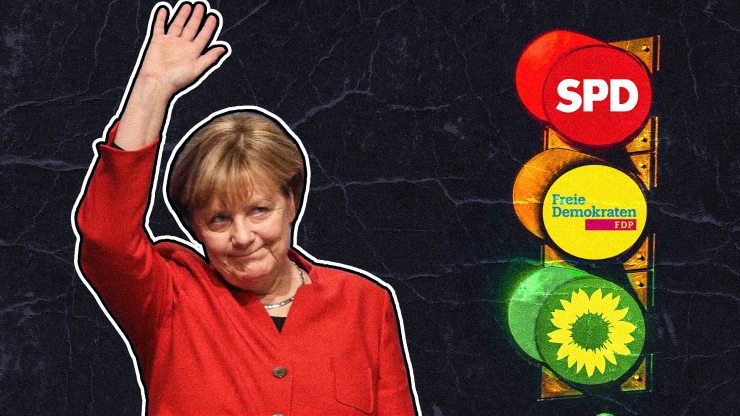 Despite the lead, the Social Democratic Party of Germany will need to form a coalition government in a process that could be usurped by the center-right Union parties.

End of an Era

The Social Democratic Party of Germany (SPD) won a plurality of the votes in Sunday’s federal election and gained 25.7% of the seats in the Bundestag, according to preliminary results.

Many considered these elections to be the most important in over a decade as Germany’s parties were vying to be the successor to Chancellor Angela Merkel, who has been in office since 2005. Merkel decided to retire from public office this year, leaving behind a long legacy that is generally viewed positively inside and outside of Germany, according to Pew Research and Infrastat Dimap.

SPD’s win marks the first time in nearly 16-years that the center-right Union party, a coalition made up of the Christian Democratic Union (CDU) and Christian Social Union of Bavaria (CSU), hasn’t been the dominant party in the legislature. Additionally, it’s a major uptick from the last election in 2017 when the party only won 20% of the vote.

Despite the win, the SPD will still need a coalition, and depending on negotiations with smaller parties go, it’s possible that the Union parties could hold onto the Chancellorship. The most likely scenario, according to German media, is the so-called Traffic Light Coalition; named after the colors traditionally associated with the constituent parties. Such a coalition would be made of SDP, FDP, and Green parties and represent a broad coalition of center-left and center-right parties.

Olaf Scholz, the SPD’s leader and possibly the next Chancellor, agreed with German media, saying in a victory speech that the likely allies will be “the Green party and the FDP. And hence we are going to try to forge away along those lines.”

Both the FDP and Green parties are likely to play kingmaker in the fight to form a government. Both have worked with the SDP and Union parties in the past to form governments, and any combination of these four parties could form a majority government.

Sunday’s election has not only been called a victory for the SPD but a victory for moderate politics. Like much of Europe, Germany has struggled with a rise in extremist parties such as the AfD, a controversial far-right party. In 2017, the party shockingly won 11.5% of the vote, 7% more than in 2013. However, on Sunday, it only won around 10% of the vote, indicating that it is losing ground and popularity to Germany’s more moderate parties.

Until the various parties of Germany can form a majority government in a process that can take weeks or months, Merkel will continue to be Chancellor. 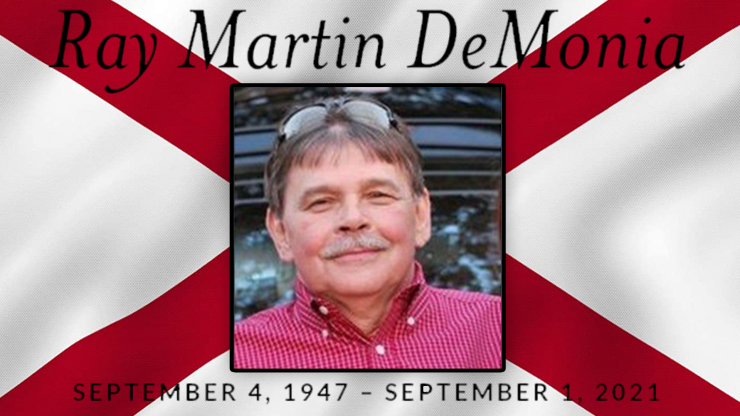 Alabama currently has the second-highest COVID hospitalization average and fourth-lowest vaccination rate in the country.

The family of an Alabama man who died of heart issues is calling on people to get vaccinated after he was turned away by 43 hospitals in three states while having a cardiac emergency because all of their Intensive Care Units were at maximum capacity with COVID patients.

The man, 73-year-old Ray DeMonia, was taken to Cullman Regional hospital in Alabama on Aug. 23. The next morning — around 12 hours after he was admitted — his daughter said her mother got a call saying that hospital workers were unable to find him a specialized cardiac ICU bed in the area.

He was eventually transferred to a hospital in Mississippi about 200 miles away and died on Sept. 1, just three days before his birthday.

In DeMonia’s obituary, his family pleaded with people to get the vaccine.

“In honor of Ray, please get vaccinated if you have not, in an effort to free up resources for non COVID related emergencies,” they wrote. “He would not want any other family to go through what his did.”

Officials and healthcare providers in Alabama have said DeMonia’s case is not a one-off incident.

Jennifer Malone, a spokesperson for Cullman Regional, told The Washington Post that situations like this have been an “ongoing problem” reported by doctors at the hospital and others throughout the state.

“When patients are transported to other facilities to receive care that they need, that’s becoming increasingly more difficult because all hospitals are experiencing an increased lack of bed space,” she said.

On Friday, Scott Harris, the head of the Alabama Department of Public Health, said that the state’s spike in ICU patients has stabilized some. Still, he added there are not enough ICU beds for the number of patients that need intensive care, many of whom are unvaccinated.

Even with the spikes “stabilizing,” Alabama still has the second-highest COVID hospitalizations in the U.S., according to The Post tracker.

The calls from DeMonia’s family for people to get vaccinated also come as Alabama struggles with the country’s fourth-lowest vaccination rate. Despite those figures, top officials in the state are doing little to address the issue.

Last week, after President Joe Biden rolled out a sweeping vaccine mandate for 100 million people and promised he would use his power to circumvent Republican leaders “undermining” relief efforts, Alabama Gov. Kay Ivey (R) told the president to “bring it on.”

Ivey then doubled down on her refusal to mandate vaccines in her state, where people are being refused emergency hospital care because so many unvaccinated people are in ICU beds.

“You bet I’m standing in the way. And if he thinks he’s going to move me out of the way, he’s got another thing coming,” she said, referring to the mandates as “outrageous” and “overreaching” policies that will “no doubt be challenged in the courts.”

See what others are saying: (The Washington Post) (NBC News) (NPR)