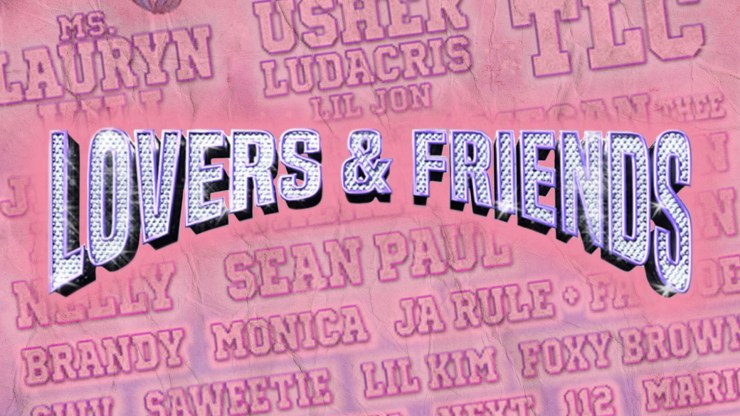 An upcoming music festival in Los Angeles has caused confusion among fans after artists like Lil Kim, who were announced in the lineup, said they would not be attending.

Lauryn Hill, Usher, Ludacris, Lil Jon, and TLC are set to headline the Lovers & Friends Festival on May 9. The event is being organized by Goldenvoice, the company behind festivals like Coachella and Stagecoach. The festival’s lineup also includes Nelly, Sean Paul, T-Pain, Megan Thee Stallion, Ja Rule, Lil Kim, Trina, Mase, Twista, and others.

When the festival was announced on Tuesday, many fans were excited to see this mix of nostalgic ’90s and early aughts performers along with some of today’s chart-toppers. Some of the artists, however, indicated that they were no involved with Lovers & Friends.

“This is SO FAKE! I am not a part of this,” Lil Kim wrote on her Instagram story, with the text covering a screenshot of the lineup. She has since deleted it from her page.

A representative for Trina’s management team also tweeted that she was never contacted by a booking agent for the festival. She has since reached out via a contact email.

Other artists have commented on posts about the Lovers & Friends fest.

“Best wishes on this show but pls take my name off this flyer,” Mase wrote in a now-removed comment on Lovers & Friends’ post.

“AIN’T NO DEPOSIT HIT MY ACCOUNT FOR THIS SHOW,” Twista wrote on the same post. In a later comment, it seemed his issue had been resolved as he said he was now “locked and loaded” to play his hits.

Others also pointed out potential conflicts for the timing of this festival. Megan Thee Stallion is already booked for Broccoli City, a festival in Washington DC that same day. T-Pain is in a similar situation, performing at the Rolling Loud festival in Miami on May 9. Broccoli City tweeted that Megan Thee Stallion would be playing both, but later deleted that post, so it is still unclear if that is actually her plan.

Others also noted that the venue’s website has yet to list Lovers & Friends as an upcoming event.

The announcement was at first met with enthusiasm, and many thought the lineup was fire. But because these comments caused so much confusion, some thought it looked more like fyre.

Many called it fake, and others compared it to the infamous Fyre Festival, which gained notoriety for touting big names and a glamorous setting, only to prove to be a scam and disaster.

There were some responses to the various confusions surrounding this. Snoop Dogg, a promoter for the event, posted an Instagram video addressing the situation. In it, he defended the validity of the festival and specifically called out Lil Kim.

The founder of music collective Soulection, which is also participating in Lovers & Friend,s tweeted a thread confirming their involvement.

“Everything we get behind is always official and locked in,” they wrote.

The presale for the event is set to start Thursday. Ticket prices start at $145, with the highest VIP package going up to $450. On the Lovers & Friends website, it says the “lineup and set times are subject to change without notice.”

See what others are saying: (Los Angeles Times) (Billboard) (Complex)