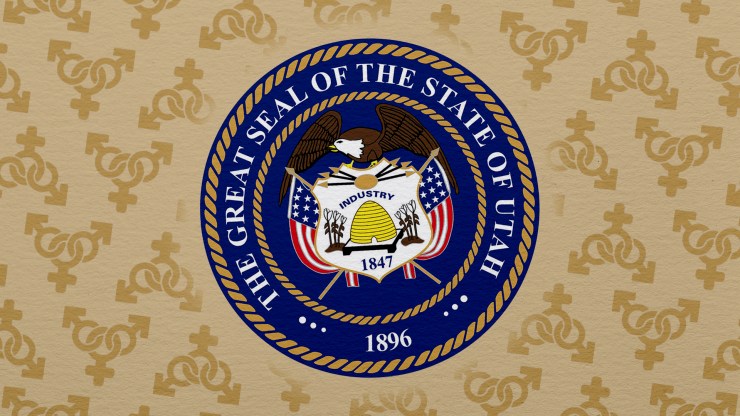 A bill that could decriminalize polygamy in Utah was unanimously approved by a state Senate committee on Monday.

Bigamy, the act of two people getting married when one is already married to another person, has been considered a felony in Utah for 85 years. The proposed legislation would change it to be an infraction, an offense aligned with traffic violations. Infractions hold no jail time in Utah.

Though polygamy has been outlawed in the state for decades, certain religious groups still practice it. For years, the Utah attorney general’s office has declined to prosecute polygamists except when they commit other crimes as well.

Henderson argued that the current law creates an environment of fear that pushes polygamists into hiding, allowing for more abuse and other crimes linked to polygamy to take place. Supporters of the bill pointed to the case of polygamist leader Warren Jeffs who is currently serving a life sentence for sexually assaulting girls that he considered his plural wives.

“The law is a failure. It hasn’t stopped polygamy at all and it’s actually enabled abuse to occur and remain unchecked,” Henderson said when arguing for her bill.

Henderson has been backed by multiple individuals and groups, including the American Civil Liberties Union of Utah and the Statewide Association of Prosecutors.

Current and former members of polygamist communities also spoke out in support of the bill.

“It’s an easy solution to me to bring some people out of the shadows and then let’s aggressively target abuse,” Alina Darger, a plural wife, said.

Shirlee Draper, a former member of the Fundamentalist Church of Jesus Christ of Latter-day Saints (FLDS), shared her story with the members of the Senate committee on Monday. She said she left the polygamous community when Warren Jeffs became the leader.

“But it took me six years to leave because I was swept up with the guilt in the way current statute was written,” Draper said.

Draper works as a victim advocate and argued that while other violent cases from a variety of families and backgrounds are seen as unrelated, polygamists are unfairly assumed to be committing these acts.

While the bill has received support from a notable amount of people, other former members of polygamist communities have spoken up to oppose it.

Ora Barlow, an ex-member of the FLDS, argued the current law could be the only thing protecting potential victims because they might still fear their religious leaders.

“As a child growing up there, I can tell you the only friend I felt like I had was the law,” Barlow said. “When the law did take effect and the leaders were put in prison, I actually felt free. And I know most of my family and my friends and they felt free, from the law having done its job.”

Melissa Ellis expressed a similar sentiment, saying she worried that abusive polygamist leaders could view the bill as a victory.

“Those men are going to have more power and more control over their victims than they did before,” she said.

Ellis also noted a recent law that allows money from the state’s crime-victims fund to be given to people leaving polygamist communities, to help them in a time of transition.

“We need more laws in place that are going to help the victims,” she said.

Others condemned the bill for its push to make polygamy acceptable, arguing that the practice is inherently oppressive toward women.

“To make this an infraction? You’re essentially saying this is an OK lifestyle,” said Angela Kelly, the director of the Sound Choices Coalition, a nonprofit against polygamy.

The bill will now move to the full state Senate for consideration.

See what others are saying: (CNN) (Fox13) (Associated Press)