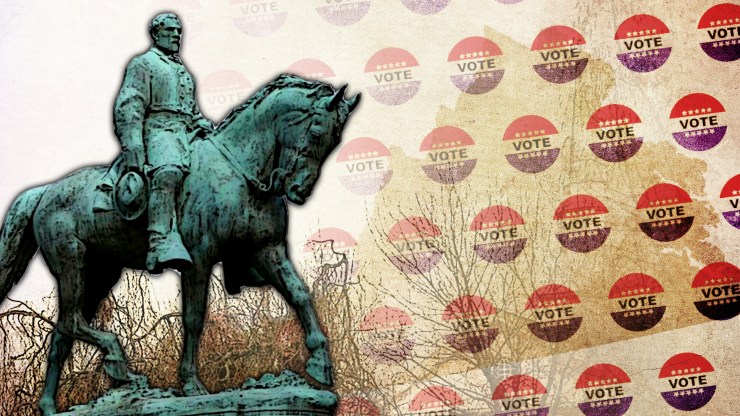 Virginia lawmakers voted to strike down a holiday celebrating two Confederate leaders and instead give the spot to a designated Election Day.

In a 55-42 vote, the Virginia House of Delegates moved to eliminate Lee-Jackson Day from the list of state holidays. Lee-Jackson Day has been observed in Virginia for more than a century to honor Robert E. Lee and Thomas Jonathan “Stonewall” Jackson, who both served as generals in the civil war and supported slavery in the U.S. It is celebrated annually in January on the Friday before Martin Luther King Jr. Day.

The House proposed that Election Day take the place of Lee-Jackson Day, to be observed on the first Tuesday after the first Monday of November.

“Making election day a holiday serves a much more honorable purpose in this day and age than celebrating the ghosts of Virginia’s Confederate past,” Joe Lindsey, the House bill’s sponsor, told ABC in a statement.

The state’s Senate passed an identical bill last month in a 22-18 vote. Each chamber will now have to pass each other’s bills before they move forward to Gov. Ralph Northam to be enacted as law, according to NBC12.

Support For the Decision

Gov. Northam is in favor of the decision and already included the measure in his 2020 agenda. He believes that making Election Day an official holiday will give more people the opportunity to vote.

“We need to make Election Day a holiday,” Northam said last month in his State of the Commonwealth speech. “We can do it by ending the Lee-Jackson holiday that Virginia holds. … It commemorates a lost cause. It’s time to move on.”

News of the bill’s passing has brought Virginia and its lawmakers praise.
“Virginia – you are my hero,” one Twitter user wrote.

Virginia – you are my hero. Take a look at how busy this state has been getting things done.

Progress! Finally! And I say this as a descendant of confederate soldiers and slave owners. Not proud of my ancestors at all! I cannot make any excuses but we need to stop glorifying hatred and abuse. Hate and suppression of people should not be on display or celebrated.

Virginia has seen a recent wave to move away from the controversial happenings of its past— some cities like Richmond and Charlottesville have already stopped recognizing Lee-Jackson Day in recent years. But while many are in favor of the bill, others are not as willing to give up the holiday in attempts to hold on to the state’s Confederate history.

“Next they will eliminate all history books in the school. Sad,” one person said on Twitter in response to the bill’s passing.

Next they will eliminate all history books in the school. Sad

A similar bill that would have swapped Election Day for the holiday commemorating the confederate leaders didn’t make it past the Virginia Senate in 2019, before Democrats took control this January.

“I have unease about the movement to erasing history. Maybe next time, it’ll be Martin Luther King. I would be opposed to erasing something in his honor,” Sen. Richard Black said of the proposal at the time, according to NBC12.

On a national level, the process of making Election Day a holiday has been held up. When Democrats proposed a bill in January 2019 that would make this move, Senate Majority Leader Mitch McConnell criticized it, saying it would pay government workers to “hang out at the polls during an election.”

The passage of Virginia’s bill has brought more push for Election Day being named a federal holiday.

“Every state should do this. Election Day should be a federal holiday,” one person said.

Every state should do this. Election Day should be a federal holiday.

Election Day SHOULD BE A FEDERAL HOLIDAY not just bc it replaces a Confederate holiday (don’t even get me started) but bc it’s the best way to get ppl to vote!!!

See what others are saying: (CNN) (ABC) (Slate)

The Fight Between DNA Testing Privacy and Criminal Investigations Explained