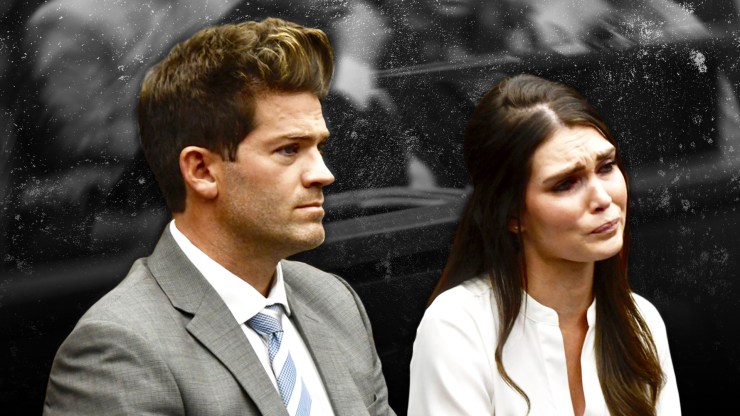 Charges Set to be Dropped

Orange County District Attorney Todd Spitzer will be dropping charges against a surgeon and his girlfriend who were accused of drugging and raping several women.

According to Spitzer, there was not enough evidence to prove the charges against them. Dr. Grant Robicheaux was facing 17 felony charges, and Cerissa Riley was facing 13. They both faced counts of rape by use of drugs, oral copulation by use of anesthesia or a controlled substance, assault with intent to commit a sexual offense, and kidnapping with the intent to commit a sexual offense, among other charges. If convicted on everything, they both could have faced life in prison.

The case made headlines because Robicheaux had previously been named Orange Coast Magazine’s Most Eligible Bachelor in 2013, with him later appearing on a Bravo reality show called the Online Dating Rituals of the American Male.

The two were first charged in 2018 by then-Orange County D.A., Tony Rackauckas. He said the couple met their alleged victims at bars and on dating apps and later invited them into Robicheaux’s home where they assaulted them. Rackauckas claimed there were 1,000 videos of the two sexually assaulting unconscious women. Now, Spitzer is saying that no such footage exists.

Spitzer had previously ordered a review of all the evidence in the case. For three months, two veteran sexual assault prosecutors went over thousands of photos, videos, and chats, as well as audio recordings, messages, documents, emails, and interviews.

“There was not a single video or photograph depicting an incapacitated woman being sexually assaulted by Robicheaux or Riley,”  a statement announcing the soon-to-be dropped charges said.

The statement also said that no witnesses who came forward saying they saw the defendants assault an unconscious woman. Spitzer, who replaced Rackauckas in 2018 after beating him in a heated election, believes that Rackauckas used the case to gain media attention to boost his campaign efforts.

“The prior District Attorney and his chief of staff manufactured this case and repeatedly misstated the evidence to lead the public and vulnerable women to believe that these two individuals plied up to 1,000 women with drugs and alcohol in order to sexually assault them – and videotape the assaults,” Spitzer said in the statement.

“What the prior District Attorney and his chief of staff did to these defendants and to the women involved in this case is a travesty,” Spitzer continued. “While I cannot undo the injustice that has already been done in this case, I can – and I will – continue to fulfill my legal and ethical obligations as the elected District Attorney of Orange County and dismiss all criminal charges against Dr. Grant William Robicheaux and Cerissa Laura Riley.”

The news of the charges being dropped came as a shock to many. Philip Cohen, who was representing Robicheaux in the case, told reporters that even though the charges are being dropped, damage to his client has already been done.

On the other side, Michael Fell, who was representing one of the accusers in the case expressed disappointment in the news to the Los Angeles Times.

“For somebody to report, for them to go through what she had to go through with the police, for the district attorney’s office to file criminal charges, for her to have to be patient the last two years while the case is being prosecuted, only for it to be dropped — she’s going to be devastated,” Fell told the outlet.

“Any prosecutor should think long and hard before dismissing such a case where multiple women have independently come forward. I just hope they’re not being sold down the river for some twisted political motive,” he said.