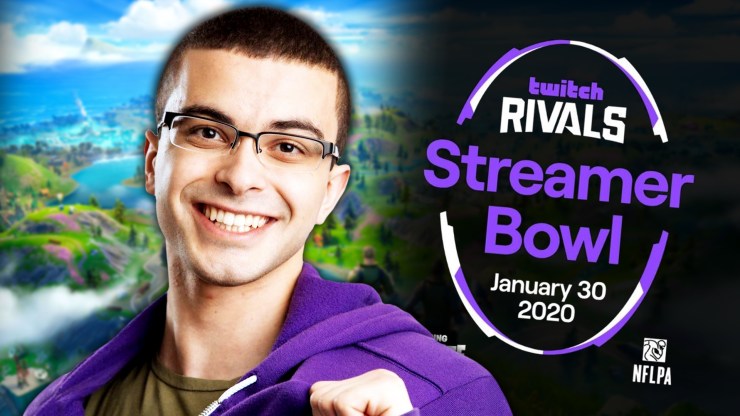 Nicholas Amyoony, a professional gamer commonly referred to by his screen name “NickEh30,” has stirred some controversy after he was accused of cheating in a charity video game competition.

Last week, Amyoony flew to Miami to participate in the Twitch Rivals Streamer Bowl, an event that paired 16 Twitch streamers with 16 NFL players. Each duo formed a Fortnite team and competed for $500,000 to donate to the charity of their choice.

Before one of the four games, Amyoony was recorded discussing strategy with his partner David Morgan of the Minnesota Vikings. In the clip, it appears that Amyoony is planning to intentionally land outside of the designated zone per the rules.

Amyoony seems to discuss deliberately violating the landing-point guideline, knowing that the first penalty for this infraction is only a warning.

“Remember, we get a warning… ” Amyoony can be heard saying. “… We just go back in. It’s not a bad thing at this point.”

Amyoony and Morgan ultimately ended up placing sixth in the tournament and donated their $30,000 winnings to St. Jude. Amyoony celebrated the victory on his official Twitter page.

As the recording of Amyoony circulated around Reddit and Twitter, some expressed outrage and disappointment in the streamer’s actions.

“Oh look, another one of these wannabe super positive beacons of virtue that turned out to be a hypocrit[e],” a Reddit user said.

“Aaaaaand I lost all respect for him,” another chimed in on the same thread.

Amyoony faced a lot of direct backlash in the form of replies to his celebratory tweet.

“Man i still cant get it through my mind. If you did it accidentally than it would be fine but you legit cheated purposely,” one user wrote. “Very disappointed.”

Man i still cant get it through my mind. If you did it accidentally than it would be fine but you legit cheated purposely. Very disappointed

Many simply replied to Amyoony’s post with the word “cheater.”

However, others stood by Amyoony, arguing that his intentional rule-breaking didn’t matter because all the winnings went to charity regardless.

“How can you be mad that he wanted to get more money for charity? Surely you guys have bigger fish to fry in your lives???” one Twitter user wrote.

How can you be mad that he wanted to get more money for charity? Surely you guys have bigger fish to fry in your lives??? Gwan nick nuff love from the UK

And some even argued that the maneuver was a clever strategy instead of a cheating scandal, comparing it to behaviors like an intentional foul in a sports game.

“He didn’t cheat. Dude knew there was a rule giving them a warning. He used the warning in the 3rd game,” somebody wrote. “It’s like having a foul to give in basketball. It’s brilliant to know rules and know how to use them to your advantage.”

He didn’t cheat. Dude knew there was a rule giving them a warning. He used the warning in the 3rd game. It’s like having a foul to give in basketball. It’s brilliant to know rules and know how to use them to your advantage.

“Seems more like clever use of game mechanics to me,” one Reddit user said in response to the clip.

Amyoony has not yet publicly addressed the allegations.

See what others are saying: (Independent) (Kotaku) (Daily Esports)