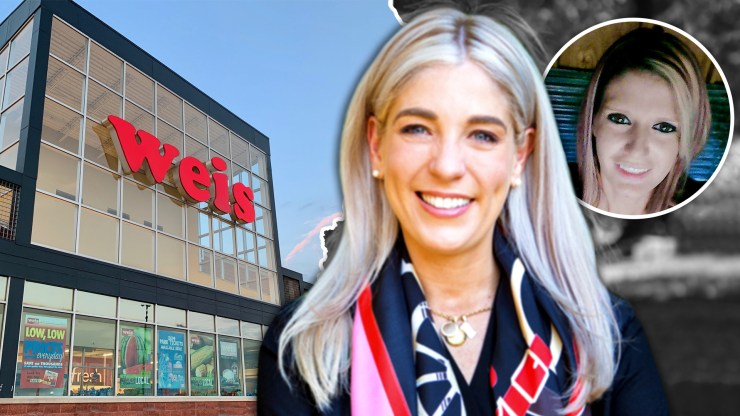 A Pennsylvania district attorney defended the 10-month sentence of a cancer patient who stole $109 worth of groceries after facing criticism from another local official.

Ashley Menser, 36, who is battling uterine cancer as well as cervical cancer, pleaded guilty to the 2018 crime she committed at a Weis Markets store in Lebanon, Pennsylvania. She was ultimately sentenced for the crime on January 22 of this year. Her sentence was especially crushing for her family, as they claimed Menser’s sickness has reached a critical level.

Stephanie Bashore, Menser’s mother, told The New York Times that her daughter is in need of surgery to remove her uterus and the tissue surrounding it. Bashore said that a medical professional recently told Menser, “If you don’t get this done, you will die. It is eating you up inside.”

Bashore also told the Times that on the day of her daughter’s sentencing, she had a medical appointment scheduled to discuss options moving forward.

Menser’s lawyer, Scot Feeman, conceded that the sentencing was aligned with his client’s criminal history, though he still expressed disappointment. He told The New York Times that Menser has a history with opioid use but has been clean for a while.

Feeman also told the newspaper that Menser had been on powerful psychiatric medication to help her manage her post-traumatic stress disorder, which was partly induced by the death of her child.

“With the psychiatric medicine, she has trouble discerning what’s real and what’s not,” Feeman told the Times.

“She is in a lot of pain, and very ill,” Feeman added. “She’s very concerned about her health prospects going forward.”

Feeman had asked the judge to consider punishing Menser with house arrest so she could continue to receive treatment at the Penn State Cancer Institute, but the court rejected the notion based on her past crimes.

When John Fetterman, the lieutenant governor of Pennsylvania, read about Menser’s case in a PA Post article, he expressed his disbelief and disapproval of the sentencing on Twitter.

“If the underlying details of this are accurate, this cannot be allowed to continue,” Fetterman wrote on Friday.

He also offered to personally compensate Weis Markets $109 for the groceries that Menser stole from their store.

Pier Hess Graf, the Lebanon County district attorney, issued a statement on Saturday defending the decision of the court in Menser’s case after Fetterman drew much public attention to it. She wrote that Menser’s sentence reflected her extensive criminal record, including 13 prior theft convictions and welfare fraud.

Graf also noted that Menser refused treatment for her sickness on her own, according to a document submitted by her own defense team in 2019.

“Our Lieutenant Governor found it appropriate to criticize the Court and the victim,” Graf wrote. “He went so far as to offer a personally delivered check for the underlying amount to the victim to absolve the defendant of her crime.”

“He failed to mention in any of his tweets, however, the extensive prior record of the defendant, her drug abuse, or the fact that her sentencing ranges — as set forth by the legislature — call for jail time,” Graf added.

Feeman has filed a motion for a resentencing of Menser.

Ultimately, Lt. Gov. Fetterman didn’t make a trip to the Lebanon grocery store to hand-deliver a check, though he did maintain his offer to cover the charge of the stolen groceries. He told The New York Times that he hopes to get Weis Markets company heads to support a reconsideration of Menser’s sentence.

“I know they don’t want this. Nobody wants this,” he said. “My hope is to get them on board and say, ‘This has gone far enough,’” Fetterman said.