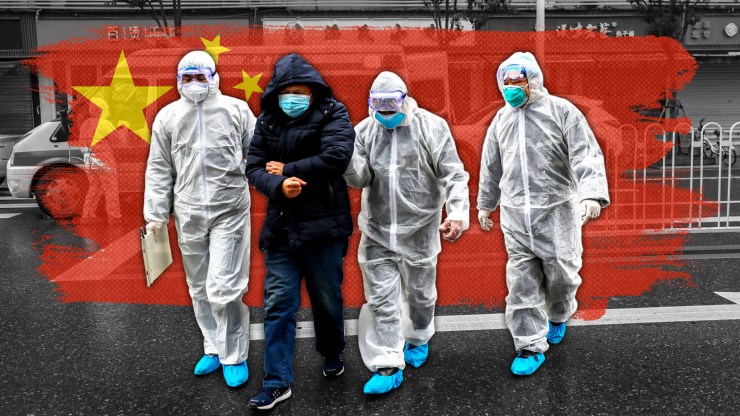 The coronavirus outbreak that began in the Chinese city of Wuhan significantly worsened over the weekend, bringing the death toll to at least 81 and the confirmed number of cases to over 2,700.

The majority of the cases have been found in China, but several have been detected in other nations across four continents, including the United States, Australia, Taiwan, Japan, and France.

On Sunday, the Centers for Disease Control and Prevention (CDC) confirmed three newly-detected cases of the novel coronavirus in Southern California and Arizona, bringing the overall number of infected people in the U.S. to five. The other cases were found last week in Washington and Illinois.

“It is likely there will be more cases reported in the U.S. in the coming days and weeks, likely including person-to-person spread,” the CDC wrote.

“While this is a serious public health threat, CDC continues to believe the immediate risk to the U.S. general public is low at this time,” it added.

No deaths from the coronavirus have been reported outside of China.

In efforts to control the outbreak of the novel virus, plans have been made to rapidly build a new hospital and travel bans have been imposed around the nation, affecting millions of people.

As conditions have worsened, Chinese officials are facing criticism from people saying that their response to the outbreak was too slow.

Zhou Xianwang, Wuhan’s mayor, defended himself in an interview with the state broadcaster CCTV, saying that he had to wait for authorization from Beijing officials before he could make certain critical information public.

Regardless of this point, Mayor Xianwang also offered to step down from his position and said that he and Ma Guoqiang, the city’s Communist Party secretary, will resign and take the blame if it will appease the public.

Xianwang’s comments were broadcasted the same day Premier Li Keqiang, China’s second-highest ranking official, arrived in Wuhan to inspect regulation efforts of the disease. His visit is seen as a move to prove the central government’s adequate involvement with this crisis.

In further attempts to impose the travel bans, the Chinese government extended the Lunar New Year holiday by three days. The weeklong celebration started on Friday and was supposed to end this Thursday, but the spreading virus threw a wrench in many people’s travel and celebration plans. Now employees won’t have to return to work until Feb. 3.

Despite China’s imposed travel bans, other nations have devised plans to evacuate their citizens from high-risk areas and bring them home.

The U.S. Department of State announced its plans to bring select consulate staff members and other American citizens from Wuhan to San Francisco on a flight on Jan. 28.

“This capacity is extremely limited and if there is insufficient ability to transport everyone who expresses interest, priority will be given to individuals at greater risk from coronavirus,” the Department said.

France’s government is arranging similar plans to bring French nationals back from the Wuhan area via air travel. Once these passengers return, they will be required to spend a maximum of 14 days in quarantine.

Japan also said they would be chartering at least one plane this week to bring citizens home from Wuhan.

See what others are saying: (New York Times) (CNN) (CBS)