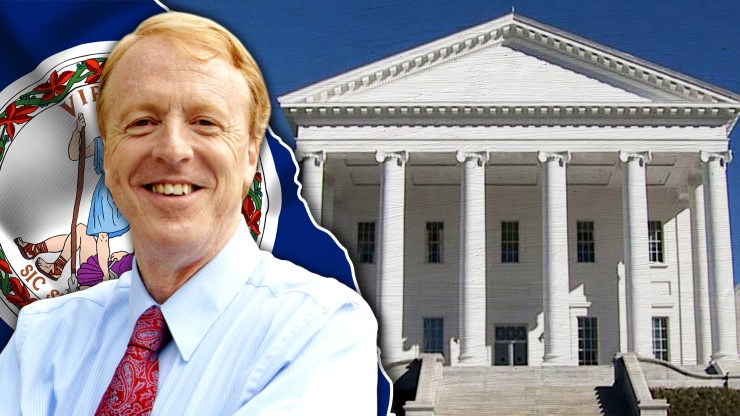 The tight vote was strictly along party lines, with all 21 Democrats in the Senate voting yes, and 19 Republicans voting no. The bill, SB 240 specifically states that a law-enforcement officer or attorney can apply for an emergency substantial risk order. This order would “prohibit a person who poses a substantial risk of injury to himself or others from purchasing, possessing, or transporting a firearm.”

If that order is issued, a judge or magistrate can issue a search warrant allowing for firearms to be temporarily removed from that person. Democrats in Virginia have long been fighting for gun-control measures to be passed. They stand behind SB 240 because they believe it will lead to fewer mass shootings and other forms of gun violence in general.

Sen. George Barker (D-39) first introduced the bill. According to the Washington Post, he said it moved the state in “a positive direction” and the law could “protect lives and reduce violence in Virginia.”

State Democrats are not alone in supporting this measure. Nationally, red flag laws generally have a lot of support from the public. According to an August 2019 study from APM Research Lab, Americans are generally in favor of these kinds of legislation.

Still, Virginia’s Senate Republicans were strongly opposed to the measure. They believed it was a heavy infringement on peoples’ right to bear arms.

“Each legislator that votes in favor of this bill in my opinion is a traitor to Virginia, a traitor to the Second Amendment and a traitor to our constitutional freedoms,” said Republican Sen. Amanda Chase (D-11).

Pro-Gun Rally and What Happens Next

SB 240 is one of many gun control laws Virginia is working on passing. This Senate vote came just a few days after a major pro-gun rights rally happened in Richmond, Virginia’s capital city.

Virginia Governor Ralph Northam declared a state of emergency ahead of Monday’s event, and guns were not allowed at the rally, largely over fears that there could be a repeat of what happened in Charlottesville in 2017.

According to reports, about 22,000 people attended the rally, which remained largely peaceful. No violence was reported, though some extremist groups were present.

This is Sheriff Richard Vaughan of Grayson County, VA. “If the bills go through as proposed, they will not be enforced. They are unconstitutional.” This is not true, according to the Exec. Dir. of the VA Assoc. of Chiefs of Police… #Richmond2ARally pic.twitter.com/mjpQupE6of

SB 240 is not set in stone yet, though. The bill still has to go to Virginia’s House of Delegates, which has a Democratic majority but only by a slim margin.

See what others are saying: (The Washington Post) (The Hill) (WRIC ABC 8)