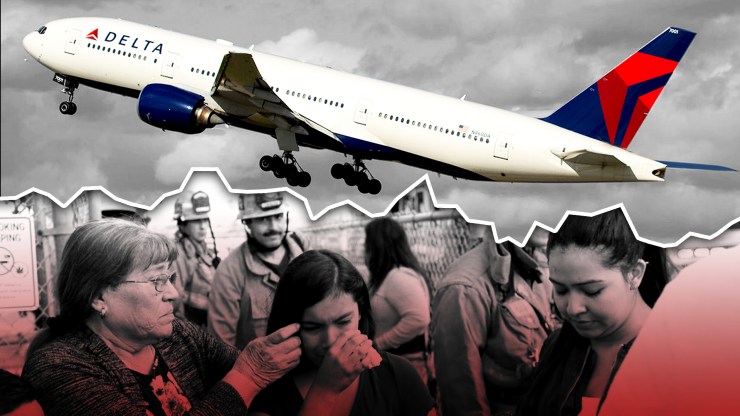 At least 60 people were treated for minor injuries on Tuesday after a Delta flight making an emergency return to Los Angeles International Airport dumped fuel over several local schools.

A spokesperson for the Los Angeles Unified School district confirmed that a low-flying plane discharged jet fuel around noon, however, the district could not confirm how many campuses were affected. Based on reports of injuries, it’s estimated that it was at least six.

Approximately 20 schoolchildren and 11 adults from Park Avenue Elementary School were treated after they were exposed to fuel that rained on over a playground, according to LA County firefighters.

In a statement, the district said, “Students and staff were on the playground at the time and may have been sprayed by fuel or inhaled fumes. Schools immediately called paramedics, who are on the scene and are treating anyone who is complaining of skin irritation or breathing problems.”

“Educators are also visiting every classroom to ensure the safety and wellbeing of all students and staff,” it added.

Many patients complained of skin and eye irritation but were treated with soap and water and were not taken to the hospital. Others also reported a strong toxic smell that lingered in neighborhoods, making it hard to breathe.

LAX officials said a Delta Boeing 777 on its way to Shanghai when it declared a mechanical emergency shortly after takeoff and was ordered to return to the airport.

According to an online flight tracker, the plane turned around just 24 minutes after departure.

None of the 149 passengers on board were injured and the aircraft landed safely after the release of fuel, which Delta said was “required as part of normal procedure to reach a safe landing weight.”

However, according to aviation safety experts, the move is rare and in most cases, it’s done over water or unpopulated areas at a high altitude so that the fuel can disperse and vaporize before reaching the ground.

Delta released a statement about the incident acknowledging the impact it had, saying, “We are concerned about reports of impacts on the ground from the fuel release, and are in close communication with Delta and first responders as their investigators continue. We thank LA County Fire, the LA Fire Department and other responding agencies for their fast response and we are working to learn more.”

Residents and local officials have expressed anger over the incident, demanding answers and action.

“Sadly, our entire community has been adversely impacted by this incident, including dozens of children,” Cudahy City Councilman Jack Guerrero said. “I am calling for a full federal investigation into the matter and expect full accountability from responsible parties.”

On Tuesday afternoon, the Federal Aviation Administration promised to investigate.

“The FAA is thoroughly investigating the circumstances behind today’s incident involving a Delta Air Lines flight that was returning to Los Angeles International Airport,”  the agency said in a statement before acknowledging that the move was unusual.

“There are special fuel-dumping procedures for aircraft operating into and out of any major U.S. airport. These procedures call for fuel to be dumped over designated unpopulated areas, typically at higher altitudes so the fuel atomizes and disperses before it reaches the ground,” the agency added.

Health officials advise anyone who might have been hit by the jet fuel to shower, get rid of the clothing sprayed, and seek medical attention if symptoms persist.