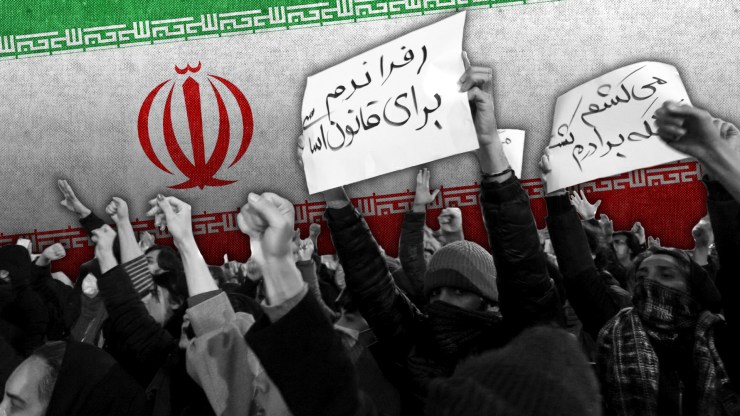 Backlash from the Plane Strike

Monday marked the third straight day of Iranian protests since Iran’s military admitted it shot down a passenger jet last week, mistaking it for a threat and killing all 176 people on board.

Videos emerged on Sunday of protesters running from tear gas and in others, which could not be immediately verified, gunfire could be heard.

It has been a tumultuous couple of weeks for Iranians—last week, hundreds of thousands were rallying in the streets to publicly mourn Maj. Gen. Qassem Soleimani, Iran’s Quds Force commander who was killed by a U.S. drone strike on Jan. 3.

During those rallies, cries of hate against the United States and Donald Trump—who ordered the strike— were heard. This week there is a sharp contrast, as protesters seem to be targeting the Iranian government and military.

According to The Washington Post, demonstrators were filmed late on Sunday in at least two locations ripping down posters of Soleimani. In Iran’s capital, Tehran, a billboard mourning the victims of the plane crash replaced one of the deceased military leader.

In retaliation for Soleimani’s death, Iran fired missiles at an Iraqi military base that houses American troops on Wednesday. The plane was shot down by the Islamic Revolutionary Guard Corps just hours later after taking off from Tehran.

After maintaining for days that there was no evidence the aircraft was struck down by one of their missiles, Iran admitted that its military had shot down the jet by mistake.

The military initially claimed in a statement that the plane took an unexpected turn that brought it close to a sensitive military base, but an Iranian official later backtracked on that notion.

“The plane was flying in its normal direction without any error and everybody was doing their job correctly,” Gen. Amir Ali Hajizadeh, commander of the Islamic Revolutionary Guards Corps’ airspace unit, said on Saturday. “If there was a mistake, it was made by one of our members.”

Iranian President Hassan Rouhani called the incident an “unforgivable mistake” and said that investigations are continuing to “identify and prosecute this great tragedy.”

A mix of individuals from multiple countries was onboard the aircraft, including dozens of Canadians. Canada’s Prime Minister Justin Trudeau called the incident “a national tragedy” and publicly called for further investigation.

“I want to assure all families and all Canadians: We will not rest until there are answers,” he said at a memorial event on Sunday.

Protesters are demanding that leaders be held responsible for the fatal mistake. Iran’s semi-official Fars News Agency reported that up to 1,000 people were protesting at various points in the capital city. Some videos posted to social media show crowds demanding the resignation of Ayatollah Khamenei, the country’s supreme leader.

One of the scenes of protest was the Sharif University of Technology in Tehran, which said that 13 of its students and alumni were killed in the plane crash. Iranian security forces stepped in and escalated the demonstration.

They “started dragging people away. They took a number of people and put them in cages in police vans,” said 35-year-old Soudabeh told The Washington Post, keeping her full name anonymous.

“At one point, the protesters freed one of the men who was detained. I saw his face and it was covered in blood — his family carried him away,” she told the news outlet.

Iran’s security forces have a history of taking extreme action to contain protesters. In November, after protests broke out in response to the spike in Iran’s gas prices, about 1,500 demonstrators were killed by security forces, according to the Trump administration.

Iranian media quoted Brig. Gen. Hossein Rahimi as saying “Police treated people who had gathered with patience and tolerance,” according to reports by the Associated Press.

Rahimi denied claims that police were shooting at protesters and said that tear gas was only being used in certain areas.

See what others are saying: (The New York Times) (BBC) (CNN)