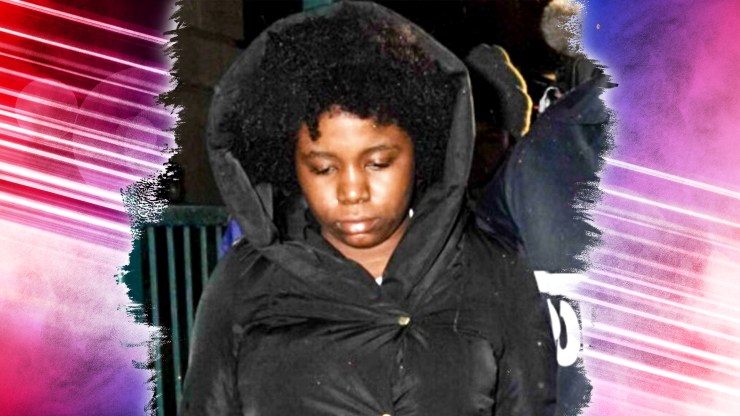 Police sources in New York City are now calling a 16-year-old’s kidnapping a hoax staged to help her run away from her family.

The teen, Karol Sanchez, and her mother were out walking in the Bronx Monday night when four men in a Sedan pulled up next to them on the street at around 11:20 p.m.

In a grainy surveillance video released by police, two of the men grab Sanchez and pull her inside the car. After struggling with her daughter’s apparent kidnappers, Sanchez’s mother is pushed to the ground and the car drives off.

Sanchez’s mother briefly chases after the car, but according to witnesses in the area, she then began screaming. One woman, who heard Sanchez’s mother from her apartment, said she went outside to see what was happening. That’s when she found Sanchez’s mother sobbing and screaming, continuing for nearly 10 minutes.

The woman and her neighbor then helped Sanchez’s mother and called 911.

According to that alert, authorities feared Sanchez might be in “imminent danger of serious bodily harm and/or death.”

That alert wasn’t without controversy, with some criticizing the prolonged amount of time it took for the police to issue the alert.

“Across our country and across the Bronx, across the city, black girls in particular are disappearing and no one seems to care,” New York City’s public advocate Jumaane Williams told reporters. “We do want to know why the Amber Alert took so long.”

“I know for a fact, the type of response that often comes too often depends on what that person looks like,” he added. “No more. We love our children. It shouldn’t take 11-12 hours for an Amber alert.”

Regarding the criticism, police have not said for certain why it took so long for the alert to be issued; however, Beau Duffy, a director of public information with the New York State Police, did mention need for authorities to first determine whether an abducted child is in any physical danger before issuing an alert.

Following the alert, missing poster signs were plastered throughout the neighborhood where Sanchez had disappeared.

On Tuesday, in another surprising fashion, Sanchez suddenly appeared alive, unharmed, and free.

She was reportedly first seen being dropped off at a park near the area she was kidnapped. She then walked up to police at the crime scene and they reunited her with family.

Meanwhile, a crowd gathered to watch the event unfold, with many stunned that Sanchez had suddenly re-appeared.

“She was bending over, grabbing her knees, and discussing with the police. And that’s when they took her into the parking garage for questioning,” one man, who described Sanchez as “shaken up,” told WCBS.

It Was All a Hoax

During that interview, Sanchez reportedly told police that the entire kidnapping had been staged, Saying that the idea for it stemmed from a difficult relationship with her overprotective mother.

She also reportedly told police that she had been trying to run away.

According to police sources, authorities believe Sanchez pulled the stunt because her family was considering moving back to Honduras. Sanchez, however, had wanted to stay in the United States.

The New York Post also reports that Sanchez had reportedly wanted to stay with her 23-year-old boyfriend who is allegedly a Crips gang member that was once arrested for murder. Police also believe that he might have been one of the “kidnappers,” according to the Post’s police source.

Police are currently still looking for the four men who abducted Sanchez. While no charges have been yet, police said they are determining whether or not to charge those men as well as potentially Sanchez herself.

See what others are saying: (WCBS) (USA Today) (NBC News)