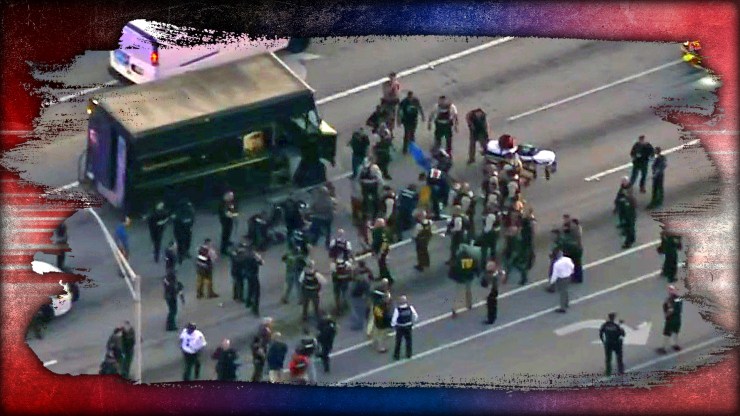 Two suspects and two civilians were killed in gunfire on Thursday after an armed robbery attempt led to a violent shootout.

The suspects, identified as Lamar Alexander and Ronnie Jerome Hill, held up a jewelry store in Coral Gables, Florida yesterday afternoon. Gunfire was exchanged between the thieves and a store employee, and police arrived shortly after.

The suspects escaped in a van but ditched their getaway vehicle about a mile away from the jewelry store. They then hijacked a UPS truck, holding the driver hostage at gunpoint, local authorities said at a press conference Thursday night.

Police chased the robbers across two counties. Approximately an hour after the UPS driver was abducted, the pursuit ended with a shootout at a crowded intersection in Miramar. A total of 19 officers from five different agencies were firing at the UPS truck.

Videos from the deadly exchange have been posted on Twitter, showing police officers crouching behind civilian vehicles in standstill traffic as they shot at the truck. The gunfire is thundering and consistent.

The two suspects were fatally shot in the crossfire. The UPS driver was also killed, as well as another innocent bystander sitting in her car.

When George Piro, the special agent who heads the FBI’s Miami Field Office, was asked if it’s possible that the civilians were killed by bullets fired by police officers, he remained vague.

“As I mentioned earlier, it is very very early on in the investigation and it would be completely inappropriate to discuss that,” Piro said. “We have just began to process the crime scene. As you can imagine this is going to be a very complicated crime scene.”

The UPS driver has been identified by his family as Frank Ordoñez, a 27-year-old father of two young girls. According to his sister, Sara Ordoñez, he had just been promoted at work for the holiday season.

“He was excited because he was saving up to buy an apartment, a home,” Sara Ordoñez told the New York Times. “We didn’t have it so easy, so he wanted to give the best for his daughters. Everything he would do was for his daughters.”

A GoFundMe has been created for Ordoñez’s family.

UPS released a statement on their official Twitter page addressing the loss of their employee.

“We are deeply saddened to learn a UPS service provider was a victim of this senseless act of violence,” it said.

The second slain civilian has not yet been publicly identified.

An interview with Joe Merino, Frank Ordoñez’s stepfather, revealed that he blames the death of his son on the police’s “negligence” and “disregard for life for a victim.”

“We’ve all seen hostage situations where local police surround the house, SWAT comes in, there’s a negotiator… and everyone walks away alive,” Merino said. “They didn’t give Frank that opportunity.”

Many others condemned the decisions made by law enforcement, calling for the officers to be held responsible for the civilian deaths.

See what others are saying: (CBS) (NPR) (Washington Post)

AOC and Sanders Ask for HIV Medicine Patent to be Rejected 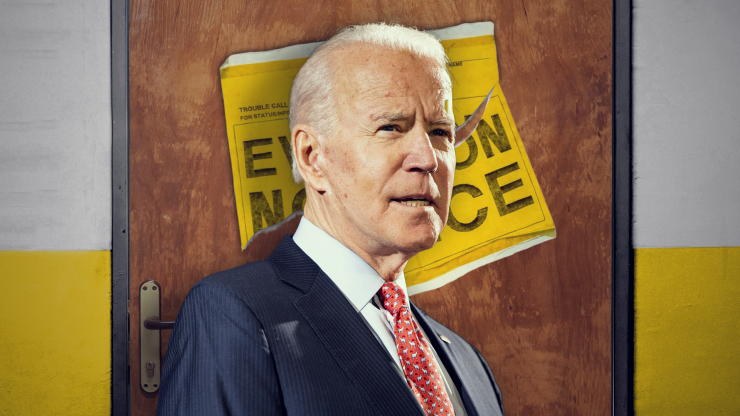 While more limited than the previous eviction ban, the new policy applies to all areas with “substantial” and “high” COVID transmission, which currently includes 80% of counties that compose 90% of the population.

Three days after the federal eviction ban expired, the Biden administration issued a new, more limited moratorium that will extend until Oct. 3.

Unlike the last freeze, the latest version announced Tuesday only pertains to areas of the country experiencing what the Centers for Disease Control and Prevention labeled “substantial” and “high” cases of COVID-19.

However, the rule still applies to the majority of the country given the new surges driven by the delta variant.

According to the CDC, 80% of counties that make up 90% of the population are currently experiencing substantial or high community transmission.

While not a full ban, many housing still advocates cheered the Biden administration, which has faced immense pressure to help the millions of Americans who risked losing their homes once the previous freeze expired.

“This is a tremendous relief for millions of people who were on the cusp of losing their homes and, with them, their ability to stay safe during the pandemic,” Diane Yentel, president of the National Low Income Housing Coalition, said in a statement Tuesday.

Still, others noted that there are outstanding issues with the new policy.

First and foremost, while the moratorium covers most Americans, it does not cover all. According to reports, there are counties in Wisconsin, Michigan, Pennsylvania, and New York that are protected from evictions while neighboring counties are not.

The county-to-county patchwork also adds another layer of confusion for many people who are on the brink of eviction or who have already been evicted.

Tenants and landlords are now scrambling to see if the freeze applies to them, and because of the temporary lapse in protection, evictions resumed in some states and cities, meaning that some people who would now be covered under the ban have already been evicted.

Perhaps the most notable obstacle is the fact that the new moratorium will almost certainly face legal challenges.

The Biden administration previously argued that it did not have the jurisdiction to extend the eviction freeze unilaterally, citing a recent decision from the Supreme Court, which ruled that the CDC could not extend the ban past July and that Congressional action was needed.

Three days before the moratorium was set to expire, Biden asked Congress to pass legislation to extend it before leaving for their August recess. Republicans blocked the effort by unanimous consent, and Democratic leaders, frustrated with the president’s last-minute demand that left them with few options, said they did not have enough support for a formal vote.

Biden, for his part, has acknowledged that any freeze that comes from his administration would face this obstacle.

“Any call for [a] moratorium based on the Supreme Court’s recent decision is likely to face obstacles,” he told reporters Tuesday. “I’ve indicated to the CDC, I’d like them to look at other alternatives [other] than the one that is in existence, which the court has declared they’re not going to allow to continue.”

Any legal proceedings, however, will take time, meaning Congress could act before any disputes are resolved. The extended timeframe would also give state and local governments more leeway to distribute the nearly $47 billion in rental aid approved in the last two stimulus packages.

Only $3 billion of the funding has been distributed due to the numerous delays and hurdles municipalities have faced while struggling to create new systems to dole out the much-needed aid.

See what others are saying: (The Washington Post) (NPR) (CBS News) 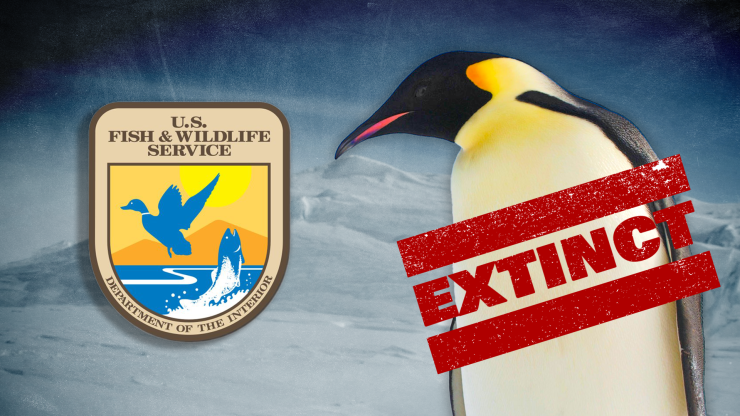 The new study comes as the U.S. The Fish and Wildlife Service moves to submit a proposal Wednesday to add the Emperor penguin to its list of threatened species.

Nearly all of the world’s emperor penguin colonies may be pushed to the brink of extinction by 2100, according to a study published Tuesday in the journal Global Change Biology.

More specifically, researchers behind the study said 98% of the colonies could be gone in the next 80 years if climate change continues causing sea ice to melt at its current pace. About 70% of colonies could die off by 2050, it added.

That is pretty huge news because Emperor penguins — the world’s largest penguin species —are a vital part of the Antarctic food chain. They prey on krill, squid, and small fish, and provide a source of food for leopard seals and killer whales.

However, the birds are particularly vulnerable to climate change because they depend on sea ice for viral activities like breeding, feeding, and molting, along with resting or seeking refuge from predators.

U.S. Moves To Protect the Species

The new study comes as the U.S. government considers adding the Emperor penguin to its list of threatened species under the Endangered Species Act.

The U.S. Fish and Wildlife Service plans to build off this new research, along with other data, for its proposal on Wednesday. Once published in the Federal Register, the proposal will be open to a 60-day public comment period.

If the classification is granted, the species would receive protections, including a ban on importations of the birds for commercial purposes.

“These penguins are hard hit by the climate crisis, and the U.S. government is finally recognizing that threat,” Sarah Uhlemann, international program director at the nonprofit Center for Biological Diversity, told the Associated Press.

“Climate change, a priority challenge for this Administration, impacts a variety of species throughout the world,” said Martha Williams, principal deputy director of the wildlife service. “The decisions made by policymakers today and during the next few decades will determine the fate of the Emperor penguin.”

See what others are saying: (The Washington Post) (The Hill) (AP News)