Check out https://phil.chrono.gg/ for 85% OFF “The King’s Bird” only available until 9 AM!

How to Drink: Buddy the Elf’s Coffee

The Infographics Show: How To ACTUALLY Survive a Crocodile Attack

Binging with Babish: Osso Buco from The Office

Advertisements
Related Topics:
Up Next

AOC and Sanders Ask for HIV Medicine Patent to be Rejected

The Rise of At-Home Rape Kits: Helpful or Harmful for Survivors of Assault? 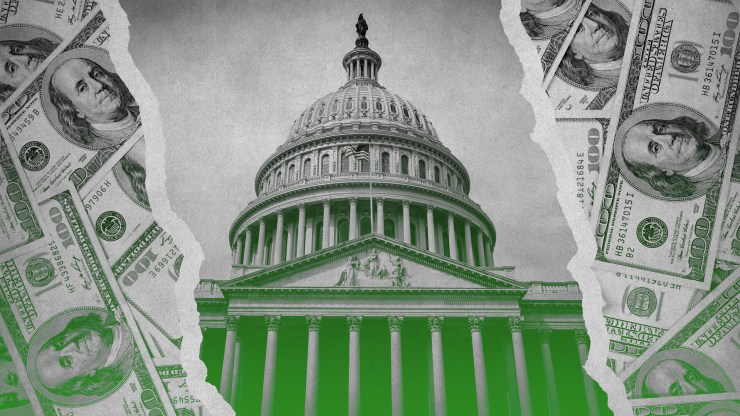 Senate Leaders and the White House Reach a Deal

The agreement, which comes after Senate Democrats blocked a different version of the bill on Monday, includes several noticeable differences.

While Republicans had sought to extend unemployment insurance for up to three months, Democrats convinced them to extend that program for up to four months. Additionally, the bill would reportedly expand eligibility to cover more people, including gig economy workers.

People eligible for benefits will also see an additional $600 each week from the federal government, on top of their state benefits. On average, people receive $385 in state benefits each week while on unemployment.

The bill also includes $150 billion to hospitals and other health-care providers for equipment and supplies. According to Senate Minority Leader Chuck Schumer, the bill will also increase Medicare payments to all hospitals and providers.

As for direct checks, that breakdown remains unchanged. Adults making under $75,000 would receive two $1,200 checks and two $500 checks for each child. The first of those payments would go out on April 6.

People making above $75,000 would see a dip in that assistance, with payments phasing out altogether for people making more than $99,000 a year.

The bill also provides loan options for both small and large businesses.

Big businesses would still receive about $500 billion to be used as back loans and assistance, a provision that originally led Democrats to vote down the previous version of the bill on Monday.

However, this bill also contains a few key limitations.

The most buzzworthy is that Democrats won language barring any business owned by President Trump from applying for those loans. That includes both Trump hotels and Mar-a-lago. Democrats sought such a measure because of their concern that Trump might try to use this bill to help his businesses, especially since many of them are connected to the travel industry.

Because they barred Trump, the bill also went a step further by also barring White House officials as well as any member of Congress.

Another limitation is that if a company does take out a loan, it will then be subject to a ban on stock buybacks through the term of the loan and for one year after.

Republicans also agreed to allow for an oversight board and to create a Treasury Department special inspector general for pandemic recovery. That is largely an attempt by the Democrats to ensure companies limit executive bonuses as well as take steps to protect workers.

Will the Bill Help the Economy and Will It Pass?

As far as if this bill actually will help the economy, that’s still unclear. With an economy that is slowing down every day and with stocks plunging over the last month, there is worry that it may not do enough; however, with more of the details of this package, stocks did see an uptick Tuesday morning.

Still, Congress is trying to move this bill into law as soon as possible. Reportedly, they’re rushing it through without public hearings or a formal review of the full bill.

If it passes through the Senate as expected, then it moves to the House of Representatives. Here, things could get a little trickier.

“This bipartisan legislation takes us a long way down the road in meeting the needs of the American people,” House Speaker Nancy Pelosi said on Wednesday. “House Democrats will now review the final provisions and legislative text of the agreement to determine a course of action.”

While Pelosi did say that the bill meets some of Democrats’ demands, she didn’t say how the House would vote. On Tuesday, as the agreement was being discussed among Senators and the White House, Pelosi said on CNBC that she hoped the House would pass it with unanimous consent.

While lawmakers are under extreme pressure to get a bill like this passed, unanimous consent may be a tall order for a $2 trillion bill that covers every aspect of the U.S. economy, especially because while the details of the bill have been released, the full document is still under wraps.

Because of that, it’s very possible that some lawmakers might hold off on passing the bill until a formal vote is held, and there have already been some concerns from both sides of the aisle.

If unanimous consent isn’t possible, some version—possibly a very similar version—of this bill will likely get passed; however, taking a formal vote could extend this process by several days. This is because representatives will likely be encouraged to wait an extended amount of time between their trips to the floor to vote.

From there, a couple things could happen. The House could pass a slightly different version. The House and the Senate would then need to hash out those details.

See what others are saying: (The Washington Post) (The Los Angeles Times) (CNN) 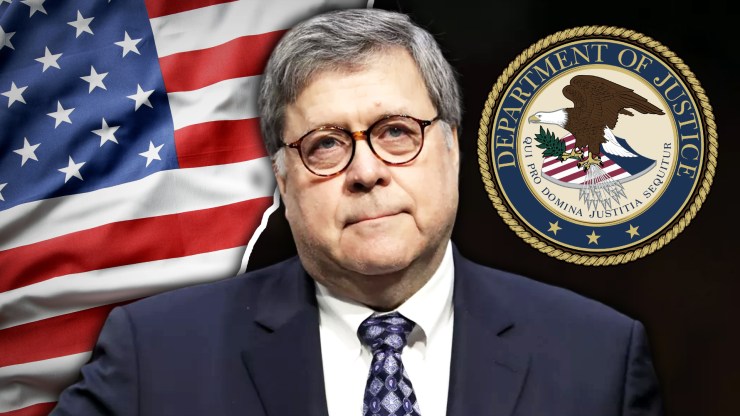 The Department of Justice has asked Congress to grant it certain new emergency powers, including the ability for Attorney General William Barr to ask the chief judge of any district court to pause court proceedings, which could indefinitely detain people without trial.

The details of the requests were originally published by Politico on Saturday and they come as a response to the coronavirus pandemic.

Specifically, the DOJ is asking Congress to allow it the power to ask district courts to indefinitely pause court proceedings “whenever the district court is fully or partially closed by virtue of any natural disaster, civil disobedience, or other emergency situation.”

Further, that proposal would apply to “any statutes or rules of procedure otherwise affecting pre-arrest, post-arrest, pre-trial, trial, and post-trial procedures in criminal and juvenile proceedings and all civil process and proceedings.”

That request could have serious implications, most notably the suspension of habeas corpus, which is a person’s right to appear in front of a judge after being arrested.

For its part, the DOJ is justifying this request by saying that, currently, judges can already pause judicial proceedings in an emergency; however, this new legislation would allow them to handle emergencies “in a consistent manner.”

“Not only would it be a violation of [habeas corpus],” Reimer said, “but it says ‘affecting pre-arrest. So that means you could be arrested and never brought before a judge until they decide that the emergency or the civil disobedience is over. I find it absolutely terrifying. Especially in a time of emergency, we should be very careful about granting new powers to the government.”

In its draft for proposed legislation, the DOJ also made several additional requests.

Among those, it asks Congress to suspend the statute of limitations for criminal investigations and civil proceedings during a national emergency and “for one year following the end of the national emergency.”

It’s also asking to change the Federal Rules of Criminal Procedure in some cases to expand the use of video conference hearings. Under current law, if a person consents to it, they can appear at their hearing over a video conference call and have their charges read that way.

Now, the DOJ is asking Congress to let some of those hearings happen without defendants’ consent.

Another big request is that the DOJ is asking Congress to pass a law that would explicitly bar asylum seekers from claiming asylum if they have tested positive for COVID-19.

That request comes as the Trump Administration has already announced it will start barring entry to migrants at the southern border. Notably, that already includes asylum seekers there.

While the requests would be unlikely to pass a Democratic-led House of Representatives, the highly controversial draft legislation has largely been met with opposition both by Democrats and Republicans.

Among notable reactions, Republican Utah Senator Mike Lee—who is currently one of five U.S. Senators self-quarantining—said of the requests, “OVER MY DEAD BODY.”

“@realDonaldTrump, please refute and disavow this immediately,” he said.

“This is not a time,” she said, “and you know, there is a long history in this country and in other countries of using emergencies as times to really start to encroach upon people’s civil rights. And, in fact, this is the time when we need them the absolute most. We have to keep an eye out for these kind of authoritarian and frankly this expansion, or rather suspension, of rule of law.”

Former RNC Chair and former Lieutenant Governor of Maryland Michael Steele also blasted the requests, saying on Saturday, “NO!! This is NOT a slope we want to get on. Suspending Constitutional Rights!? With this crew?!  OH HELL NO!”

At the same time, the DOJ has defended its requests. Sunday night on Twitter, spokesperson Kerri Kupec tried to clarify the situation by outlining the DOJ’s reasoning.

“There has been some confusion re: reports about DOJ asking Congress for certain “emergency powers,” she said. “This was triggered by Congress asking DOJ for suggested proposals necessary to ensure that federal courts would be able to administer fair and impartial justice during [a] pandemic.”

“Because of pandemic-related measures, courts are closing and grand juries are not meeting,” she added. That means prosecutors may not be able to indict criminals before a statute of limitations expires, or dangerous criminals who have been arrested may be released because of time limits.”

Because of pandemic-related measures, courts are closing and grand juries are not meeting. That means prosecutors may not be able to indict criminals before a statute of limitations expires, or dangerous criminals who have been arrested may be released because of time limits.3/

Kupec said that authority would end once the national emergency was over if a chief justice found that emergency conditions were no longer affecting the federal courts.

“Bottom line: The proposed legislative text confers powers upon judges.  It does not confer new powers upon the executive branch. These provisions are designed to empower the courts to ensure the fair and effective administration of justice.”

That authority too would end at the earlier of the termination of the COVID-19 national emergency or upon a finding by the Chief Justice (or his designee) that emergency conditions no longer affect the functioning of the federal courts. 10/

Bottom line: The proposed legislative text confers powers upon judges. It does not confer new powers upon the executive branch. These provisions are designed to empower the courts to ensure the fair and effective administration of justice.

See what others are saying: (NBC News) (CNN) (Rolling Stone) 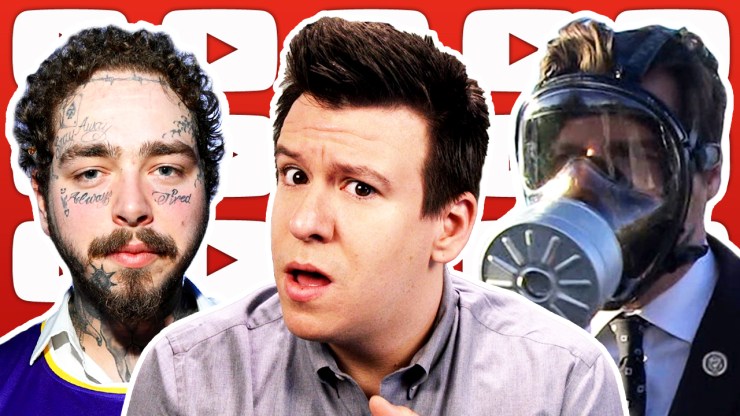 Check out https://phil.chrono.gg/ for 64% OFF “Door Kickers: Action Squad” only available until 9 AM!

SciShow: 5 of the Most Important Inventions in Robotics

Malaysia Tells Women Not to Nag Spouses During COVID-19 Lockdown

Asian People Are Being Harassed, Attacked, and Blamed for Causing the Coronavirus Pandemic

Hungary, Iran, and Other Countries Use Coronavirus Pandemic to Suppress Journalists

Malaysia Tells Women Not to Nag Spouses During COVID-19 Lockdown

Asian People Are Being Harassed, Attacked, and Blamed for Causing the Coronavirus Pandemic

Hungary, Iran, and Other Countries Use Coronavirus Pandemic to Suppress Journalists