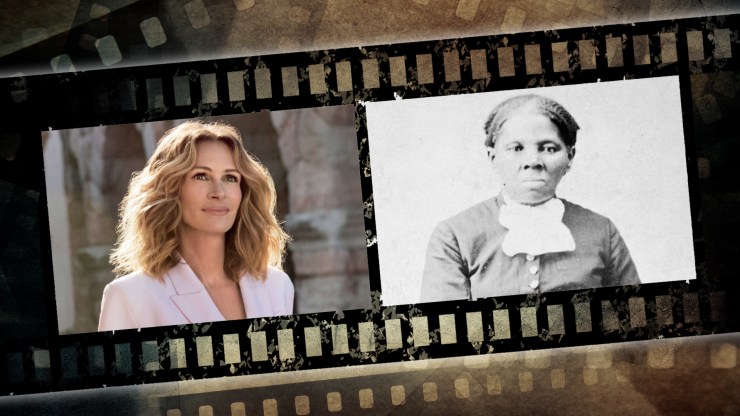 In a Q&A published earlier this month and in a recent L.A. Times essay, Allen discussed the 25-year journey it took to release the biopic Harriet, which finally hit the big screen on Nov. 1 with Cynthia Erivo playing the slave turned legendary abolitionist.

According to Allen, it was very difficult for a film like Harriet to be made with the right support in Hollywood years ago. He noted that it was especially challenging to find a studio that was ready to make a film that treated Tubman like an “action figure” rather than a “history lesson.”

“Nobody in Hollywood wants to be an outlier. Hollywood has a herd mentality. There was no herd around the story of a former slave girl who freed other slaves..” he wrote. “All the people I pitched this to, submitted the script to, were asking themselves one question: ‘How do I sell this story to my boss, to a studio, to my financial partners?’”

“I was told how one studio head said in a meeting, ‘This script is fantastic. Let’s get Julia Roberts to play Harriet Tubman,’” Allen explained in the Q&A published by Focus Features.

When the sole black person in the studio meeting pointed out that Tubman was a black woman, the executive allegedly replied, “That was so long ago. No one will know that.”

Allen struggled for years to find a studio that would pick up the script, explaining in his Times essay, “What I realize now is that the film was not going to get made until the environment in Hollywood changed.”

The writer praised groundbreaking films like 12 Years a Slave and Black Pather for changing the game for black representation onscreen.

“When 12 Years a Slave became a hit and did a couple hundred million dollars worldwide, I told my agent, ‘You can’t say this kind of story won’t make money now.’ Then Black Panther really blew the doors open,” Allen said in the Q&A.

He also pointed out that doors opened thanks to widespread support for movements like #OscarsSoWhite, DiversityHollywood, and other fights over the lack of inclusion in film.

“It still took a few years more to get it made — packages fell apart, financing fell out, talent dropped out — but the important thing is there was no longer hostility to the idea,” Allen wrote.

“As someone who has been in this business for decades, I am enjoying the warmth of the Hollywood climate change, and the diverse stories that are bathing in that sunlight, happy that Harriet’s other journey is now finally complete.”

See what others are saying: (Entertainment Weekly) (The Guardian) (Variety)

Thousands of Disney+ Accounts Are Being Resold Illegally, but Disney Says Its Servers Weren’t Hacked