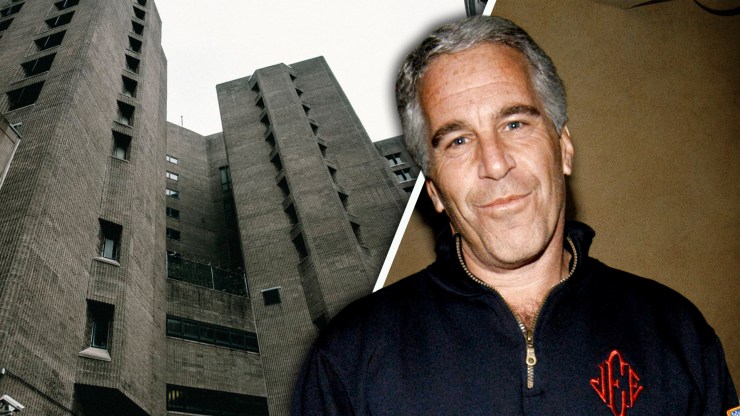 Epstein reportedly committed suicide in New York at the Metropolitan Correctional Center where he was awaiting trial on federal charges of sex trafficking minors. Shortly after his imprisonment began, Epstein reportedly tried to commit suicide and was placed on suicide watch for a week before being taken off.

Even though Epstein was no longer on suicide watch, prison officials moved his cell to within at least 15 feet of the guards’ desks to monitor him more closely.

The indictment, however, alleges that guards Tova Noel and Michael Thomas lied on signed documents to say they had carried out required half-hour rounds, when in fact they had not.

According to the charges, both were also supposed to have performed additional sets of more-detailed prisoner checks and headcounts at midnight, 3 a.m., and 5 a.m. The accusation, however, states that the guards “repeatedly failed to complete mandated counts of prisoners under their watch.”

In fact, according to the charge, the last time anyone saw Epstein alive was around 10:30 p.m. on Aug. 9 when Noel reportedly briefly walked up to and then away from the door to the tier that held Epstein. The indictment asserts that video footage showed no one else approaching Epstein’s cell for the rest of the night.

The indictment claims the two “sat at their desk” and “browsed the internet,” with Noel spending part of the night shopping for furniture while Thomas shopped for motorcycles and looked at sports news.

At one point, the indictment says both sat at their desks for two hours without moving, concluding that the guards had fallen asleep on duty.

Noel and Thomas then allegedly “repeatedly signed false certifications attesting to having conducted multiple counts of inmates when, in truth and in fact, they never conducted such accounts.”

Around 6:30 the next morning, Noel found Epstein’s body when delivering his breakfast. She then reportedly told a supervisor that they hadn’t completed their 3 a.m. and 5 a.m. rounds.

Thomas, however, said that they hadn’t done any of their rounds that night.

Following their Tuesday indictment, both guards were taken into custody. In federal court, they both pleaded not guilty to six different counts of record falsification after they rejected a plea deal where they would have admitted to the crime.

Shortly after their arrests, both were released on bail for $100,000 each.

During their hearing, Thomas’ attorney argued that the guards were being scapegoated.

“We feel this is a rush to judgment by the U.S. attorney’s office,” he said. “They’re going after the low man on the totem pole here.”

In a statement, U.S. Attorney Geoffrey S. Berman rejected such a conclusion and said the guards were being charged for breaking federal law.

“As alleged, the defendants had a duty to ensure the safety and security of federal inmates in their care at the Metropolitan Correctional Center [MCC],” he said. “Instead, they repeatedly failed to conduct mandated checks on inmates, and lied on official forms to hide their dereliction.”