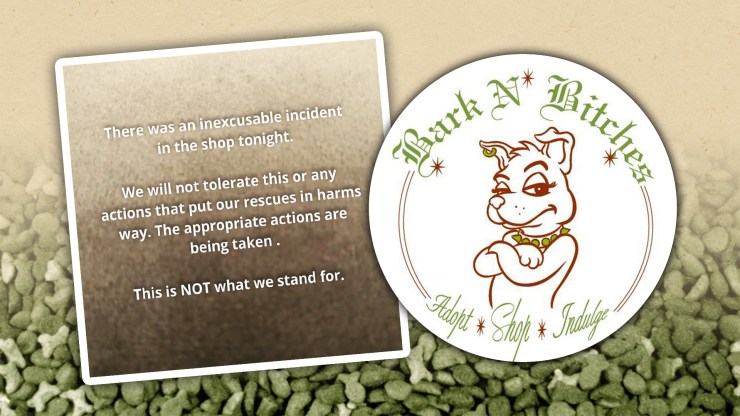 An employee at a Los Angeles, California pet shop and rehoming center is no longer working at the store after they were caught on a live stream violently throwing a dog onto a concrete floor.

The incident happened Wednesday at Bark n’ Bitches Dog Boutique, a business that describes itself on its website as “L.A.’s first HUMANE Pet Shop.”

Twitch user RIPRoyce, whose real name is Royce Thomas, happened to be live streaming at the shop and caught the disturbing incident on camera.

In a clip from the stream, which has since shocked many across social media, it appears that one dog begins to bite at a smaller puppy. Then, the employee in question separates them by aggressively grabbing the dog by the back of its neck and throwing it onto the ground.

A hard thud can be heard as the dog hits the floor offscreen. Witnesses gasp and are stunned by what they’ve just seen.

The dog is visibly shaken by the throw and hides under a nearby bench to recover. When witnesses go over to console the animal, they can be heard saying that it landed on its head.

Thomas told ABC7 that she never saw the employee again after the incident. She added that another employee came to hold the dog and tried to calm customers.

According to Thomas, some people in the store and some of her followers have contacted police about the incident.

The clip sparked outrage on social media, with many calling for the employee to be fired or charged over the incident.

The pet shop posted a public apology later that night on its social media pages, with its owner Shannon von Roemer writing, “My deepest apologies for this incident. The dog was playing and acting normal after this horrific incident. She was taken to the vet and was cleared 100%. We are grateful. #rescuedogs #inexcusable #rescuedogsrule”

A text image included with the apology also called the incident “inexcusable” and added, “We will not tolerate this or any actions that put our rescues in harms way. The appropriate actions are being taken. This is NOT what we stand for.”

My deepest apologies for this incident. The dog was playing and acting normal after this horrific incident. She was taken to the vet and was cleared 100%. We are grateful. #rescuedogs #inexcusable #rescuedogsrule

A few hours later, the owner followed up with a video where she thanked everyone who has reached out to them with their concerns. “We’ve been in business for almost 14 years, and this is a first,” she said.

If you have any further concerns or questions regarding this incident, please feel free to email us at shopbnb@gmail.com #rescuedogsrule

“I just want you to be rest assured that all actions will be taken to make sure that this doesn’t happen again. I do want you to know that the employee is no longer with us and that the dog is actually doing dine and did go to the vet.”

See what others are saying: (ABC 7) (Dexerto) (Newsweek)

Next Round of the Streaming War Kicks-Off With Disney+ Launch 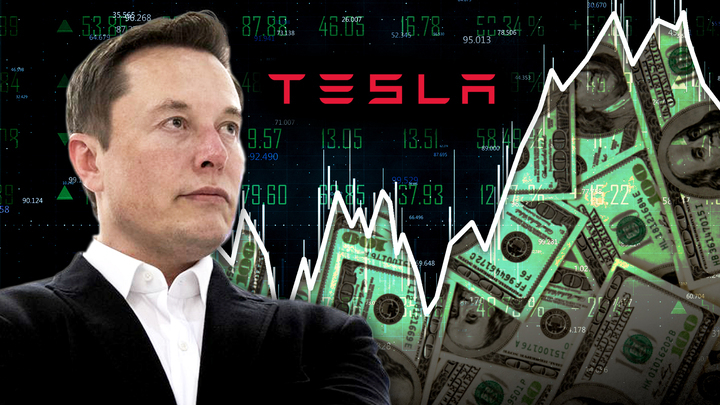 Volatility is essentially a prerequisite for Bitcoin, but Wednesday proved to be an especially bad day for the cryptocurrency after Tesla CEO Elon Musk announced that the electric vehicle company would no longer be accepting the coin as a form of payment.

“We are concerned about rapidly increasing use of fossil fuels for Bitcoin mining and transactions, especially coal, which has the worst emissions of any fuel,” Musk said via Twitter. “Cryptocurrency is a good idea on many levels and we believe it has a promising future, but this cannot come at great cost to the environment.”

This policy update comes after only months after Tesla disclosed in February that it had bought $1.5 billion in Bitcoin. It also comes after the company began accepting Bitcoin as payment for vehicles in March.

Still, with this sudden about-face, Musk said, “Tesla will not be selling any Bitcoin and we intend to use it for transactions as soon as mining transitions to more sustainable energy. We are also looking at other cryptocurrencies that use <1% of Bitcoin’s energy/transaction.”

Musk tweeted a graph Thursday morning from Cambridge’s Centre for Alternative Finance that shows Bitcoin’s increasing energy use since 2016.

In March, researchers with the Centre reported that Bitcoin’s energy consumption has jumped 80% since the beginning of 2020.

Bitcoin’s impact on the environment has long been a subject of debate since mining it takes excessive amounts of electrical energy, but that problem has only gotten worse with the coin’s continued growth.

On Monday, Ars Technica reported that a defunct coal power plant in upstate New York has been restarted to mine Bitcoin. In January, Iranian officials partly blamed Bitcoin for mass blackouts in the country. Researchers have even found that Bitcoin mining uses more energy than places like Argentina, a country with 45 million people.

Is Musk Manipulating the Market?

The overall reaction to Musk’s announcement was less than favorable, with many accusing the billionaire of manipulating the crypto market.

“[This is] the same guy who’s been pulling the levers on crypto and has everyone following his every move,” Dave Portnoy, the controversial owner of Barstool Sports, said. “He’s sending Dogecoin up. He’s sending Bitcoin down. This is bullshit.

“Elon, you have responsibility when one second you say to buy something and the next second you don’t,” Portnoy added. “That’s playing with people’s futures, their fortunes.”

Others made similar statements accusing Musk of essentially controlling Bitcoin prices, with MMA fighter Keith Berry saying, “Elon is a smart cookie, do you really think he didn’t know about energy usages on #Bitcoin after he bought 1.5B in BTC in December 2020”

Still, some argued that recent disappointment in Musk is good for Bitcoin in the long term.

“This is great for #Bitcoin,” one person tweeted. “It should never depend on the thoughts and opinions of a single entity. The Elon Musk effect is being priced out and that’s positive for the cryptocurrency industry in the long run.”

See what others are saying: (Reuters) (CNBC) (The New York Times) 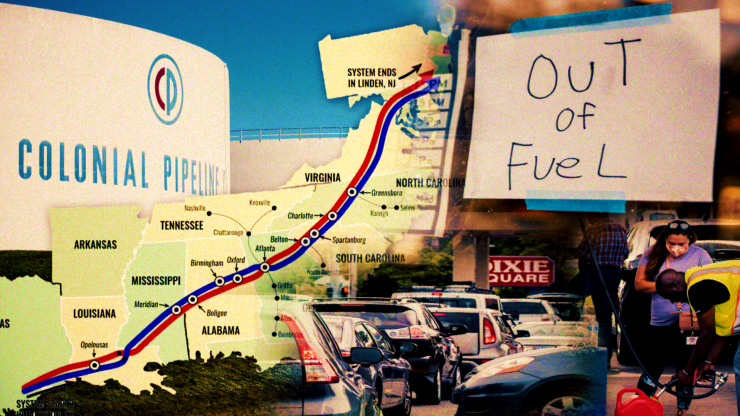 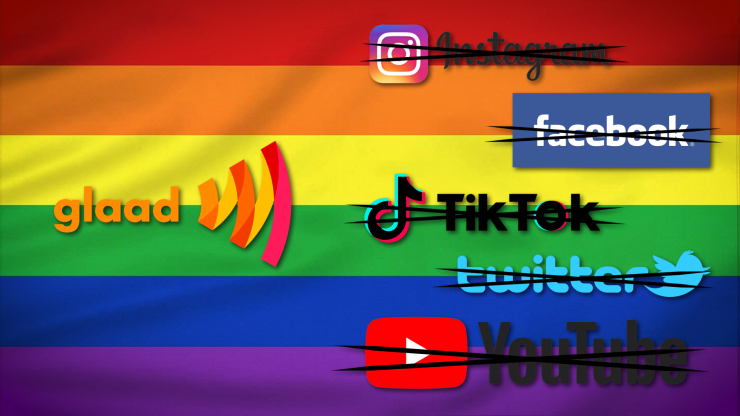 The LGBTQ+ media monitoring organization GLAAD has published a report that classifies every top social media platform as “effectively unsafe for LGBTQ users.”

“Of special concern, the prevalence and intensity of hate speech and harassment stands out as the most significant problem in urgent need of improvement,” GLAAD said in the report released Sunday.

The organization noted 64% of LGBTQ+ social media users have experienced harassment and hate speech online, which it said is higher than all other identity groups.

Of the five platforms, Facebook was far and above the worst offender. In fact, GLAAD reported that 75% of the LGBTQ+ respondents who’ve experienced online harassment said at least some of that harassment happened on Facebook.

Meanwhile, 24% percent of respondents said they have faced similar harassment on Twitter and Instagram each. YouTube came in just below those figures at 21%, and TikTok saw the lowest harassment level of the five at 9%.

GLAAD’s president and CEO, Sarah Kate Ellis said that while the organization was originally going to give each platform a grade, “What we ended up realizing is that if we started grading, they’d all fail, quite frankly.”

The organization even listed several “urgent recommendations,” which read:

“This is about less watchdogging, more partnering with these platforms to get it right,” Ellis said, summing up the purpose of the report as a “roadmap” for platforms to begin implementing change.

See what others are saying: (Axios) (NPR) (The Hill)