Deprogramming is a practice that consists of helping someone leave a cult by leading them to realize that they’ve been manipulated by the group they joined. While this sounds like a life-saving tool, especially for the families and loved ones of cult members, the practice has a controversial past that involves breaking the law.

In the 1970s, Ted Patrick coined the term deprogramming to describe the process of how he would kidnap young adults by the request of their parents and hold them in a room for days until they understood that their cult group was manipulating them. During his career, Patrick was able to kidnap hundreds of people. But what’s more surprising is that he was able to jump through many legal barriers before actually getting arrested and fined for kidnapping.

Today deprogramming is completely different, but in this deep dive will explain how Patrick was able to deprogram his way for so long and shed some light on what modern-day deprogramming and therapy for cult survivors looks like. 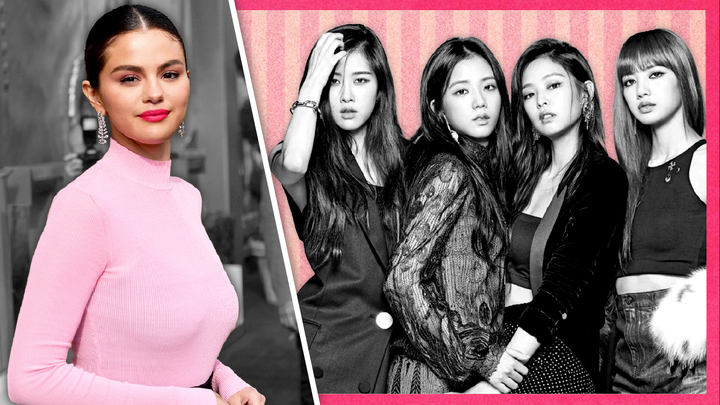 From new Netflix projects to exciting music collaborations, here’s some awesome news you should know about for Thursday, August, 13.

In gaming news, Microsoft announced this week that we’ll be getting the Xbox Series X in November of this year, but this launch will be a little different than what we’re used to. That’s because 343 Industries, the studio behind Halo Infinite, announced that the game would be delayed until 2021.

That delay came after intense criticisms of the game’s look and graphics following a demo in late July. Instead of focusing on exclusive launch titles, which are normally huge draws for new consoles, the new Xbox will be released alongside optimized versions of games currently available.

The launch plan is an expansion on Microsoft’s Smart Delivery system, which allows you to buy a game once and play it across multiple generations of the Xbox. So a lot of your favorite games will have big aesthetic updates and will be backwards compatible with the Series X.

Sarah Cooper, the TikTok Lip Syncher, Gets a Netflix Show

Comedian and TikToker Sarah Cooper has managed to turn her popularity on the platform into a Netflix show. Cooper rose to fame on the app for mocking President Donald Trump using his very own words, which she lip syncs to while making a wide rage of facial expressions.

Soon after her rise in popularity, she signed with Creative Artists of America, one of the largest talent agencies in the world and starting this fall, “Sarah Cooper: Everything’s Fine” will be available on Netflix.

The show will feature guests for short interviews and also sketches led by Cooper. The show is a prime example of creators spreading their content across platforms and diversifying. This is especially salient considering the news around TikTok, which has been under fire by the U.S. government.

BlackPink and Selena Gomez have confirmed rumors about a song collaboration. The artists announced on Tuesday that their single will be coming out on August 28 and is part of BlackPink’s upcoming The Album.

The Album is set to release on October 2, and is the first full-length album the extremely successful girl-group has done since 2016.

The k-pop group has increasingly been reaching out to work with Western artists, including the likes of Lady Gaga on “Sour Pink,” released in May of this year.

These collaborative efforts are seen as a growing part of the hallyu trend (hallyu is a Chinese phrase meaning “Korean Wave”) and a chance for Korean artists to make their names better known across the globe, where for decades Western artists have dominated the charts. 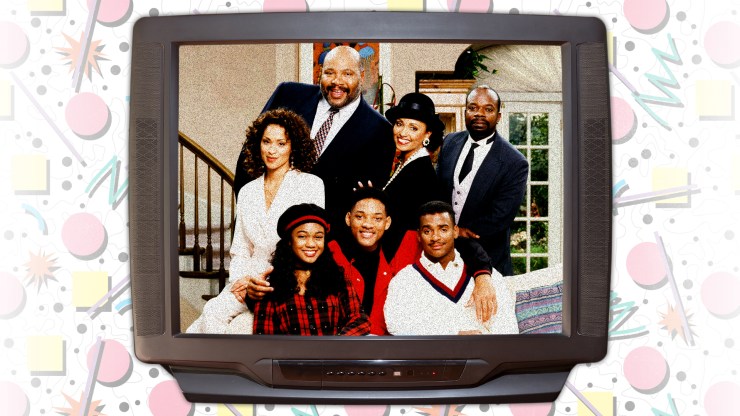 Happy Tuesday! Here are some awesome stories that you should know about today, from potential TV show reboots to organizations doing important work for students.

The first bit of awesome is the news around a “The Fresh Prince of Bel-Air”
reboot. Back in March 2019, independent filmmaker Morgan Cooper released this mock-trailer for a re-imagined dramatic take on the popular TV show.

Check out the trailer for yourself because reading about it doesn’t do Cooper’s work the justice it deserves.

According to Hollywood Reporter, the video caught the attention of Will Smith, who then approached Cooper and Universal TV (they own the rights to the show) and got them on board for the drama reboot. The current working name for the project is “Bel-Air.”

The project is still in its early stages, being shopped to streaming services such as HBO and Netflix. HBO Max is where “The Fresh Prince of Bel Air” currently resides, although it currently up in the air if that will make any difference in negotiations.

Currently, there is no official date for when the project is expected to officially begin.

Organizations That Fight the Digital Divide

Then let’s talk about some organizations doing good. Despite indications that students are susceptible to COVID-19, schools across the nation have plans to reopen classrooms.

Currently, 12 out of 15 of the largest school districts across the country will be doing school remotely. However, unfortunately, many students affected by the decision experience the “digital divide,” a term used to describe the vast disparity between students who have access to tech and those who don’t.

About 9 million children are expected to have difficulty completing assignments online because of bad internet, while 14% of children are thought to have no internet access at home.

But there are organizations working to combat this issue, particularly during the pandemic, where students are more likely to need at-home internet and access to devices that can be used for at-home school work.

One organization catching attention is EveryoneOn, which works to get brands to offer low-cost data and internet for those who need it, while also trying to connect low-income families with those brands.

Community vs. Covid-19 does similar work and is currently raising $20,000 to give devices to students who are in need. They also provide a way for people to set up their own campaigns to try and raise money to help their communities, many of which have raised thousands on their own.

If you have the ability to donate, check out their websites. 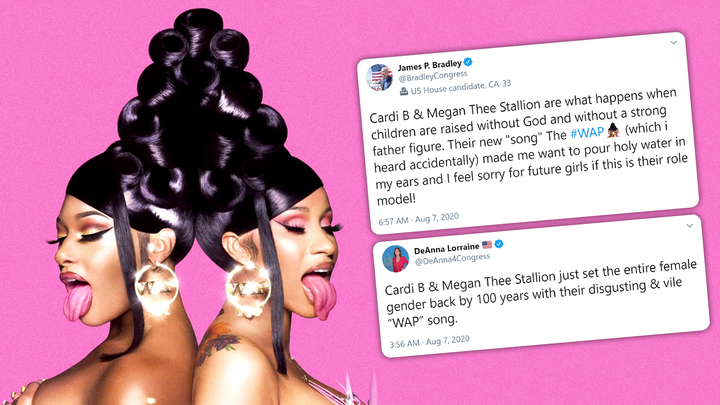 Rapper Cardi B released a new song and music video with Megan Thee Stallion on Friday that took the internet by storm.

The song is called “WAP,” which stands for – well, if you know you know– and it’s already amassed over 59 million views on YouTube as of Monday morning. It’s no secret that the song is explicit and if you’ve spent any time on the internet this weekend, you’ve probably seen a huge range of reactions to it.

Some were quick to slam the song for its sexual nature. For instance, James P. Bradley, a Republican running for a Congressional seat in California, tweeted: “Cardi B & Megan Thee Stallion are what happens when children are raised without God and without a strong father figure. Their new “song” The #WAP (which i heard accidentally) made me want to pour holy water in my ears and I feel sorry for future girls if this is their role model!.”

She even pointed to specific lyrics she took issue with and claimed the song should be banned.

Still, Bradley and Lorraine weren’t alone. Other politicians made similar remarks about the song being degrading and encouraging promiscuity.

All the comments were met with backlash for several reasons, but in general, many pointed to double standards in the music industry since men often sexualize women without the same level of criticism. Others said the song is empowering and that women shouldn’t be shamed for talking about or enjoying sex.

Cardi B, for her part, seems to be enjoying the outrage. She responded to news of conservatives wanting her song banned by saying, “THIS IS KINDA ICONIC AND IM LIVING FOR IT.”

In fact, Cardi and others have even been making jokes about the explicit nature of the song. When Charlemagne tha God pretended to be offended by the lyrics, Cardi issued an “apology” to “all ass eaters.”

“We didn’t want to offend any ass eaters around the world especially offending ya by calling ya a derogatory word such as ‘bottom feeder.’ This have tough us a lesson and we will never do it again,” she teased.

For the most part, however, it seems like many have been loving the song and supporting the two rappers, and all of the outrage over the lyrics has actually just inspired a slew of memes and joking responses.

For example, one user told Lorraine, “If you don’t got that gorilla grip just say dat.”

The lyrics weren’t the only reason the rappers faced backlash this weekend. Many were also frustrated by the fact that Kylie Jenner made a cameo appearance in the music video.

At one point in it, the music stops as Jenner walks down a hallway and opens a door. However, she wasn’t the only star who made an appearance. Near the end, artists like Normani, Rosalía, Mulatto, Sukihana, and Rubi Rose were featured, with Normani, in particular, having a dance number.

Still, many felt that Jenner was given too much screen time in comparison or shouldn’t have been included at all.  There’s even a change.org petition to have her cameo cut from the video that has over 65,000 signatures.

One user also shared her frustrations about Jenner’s appearance online, writing, “Normani did ALL this and Kylie walked down the hall and opened a door. If that’s not a perfect visual indication of Black women having to do the most and white women do the bare minimum work to get somewhere, I don’t know what it.”

However, Cardi B responded to that post in a series of now-deleted tweets. “Normani is one of the best female artists that dances Like she dances her fuckin ass off!” Cardi wrote. “Why would she open a door? Please tell me how that would make sense? The best of the song is the beat and hook  it makes you want to shake your ass.”

She also added, “Not everything is about race,” saying that there are other issues in the world that are, which she speaks on.

Finally, she added, “why did i put Kylie on my music video? She treated my sister and daughter so lovely at her kid bday party. Travis and Set are real close and Kris Jenner have giving [sic] me advice on certain things I ask for and her husband real cool with mine.”

Cardi also agreed with another person’s tweet, which said Normal danced because that is her talent, and Kylie “strutted like a model,” because that’s hers.

Still, others noted that whether you like Jenner or not, her presence got more people talking about the video, which likely brought in even more views as people became curious to see what all the outrage was about.

See what others are saying: (Metro UK)  (Junkee) (EOnline)

While Many Cheer Kamala Harris as Biden’s VP Pick, Others Scrutinize Her Past as California’s AG

Shroud Announces His Return to Twitch

Fact-Checking Trump’s Claims About the U.S. Death Rate in That Viral Axios Interview

While Many Cheer Kamala Harris as Biden’s VP Pick, Others Scrutinize Her Past as California’s AG

Shroud Announces His Return to Twitch