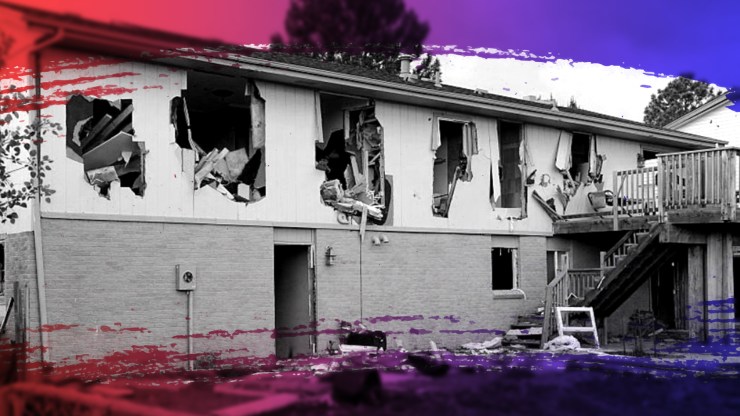 The United States Court of Appeals for the Tenth Circuit ruled Tuesday that the city of Greenwood Villiage, Colorado and its police do not have to financially compensate the owners of a home that they destroyed during a 2015 police standoff.

In June of that year, an armed shoplifter broke into Leo Lech’s property, which he bought for his son, his son’s girlfriend, and her son.

The suspect broke into the home while attempting to flee from police and barricaded himself in the bathroom. Officers used an armored vehicle, explosives, and other tactics to force entry by breaking down walls and windows. According to the appeals court, the 19-hour standoff left ultimately left Lech’s property “uninhabitable.”

However. in their ruling, the court decided that police were acting within the scope of their powers because they were doing their job at the time.

“Because the officers damaged the Lechs’ home while attempting to apprehend a criminal suspect, the district court reasoned, their actions fell within the scope of ‘the state’s police powers and not the power of eminent domain,'” the ruling said.

Lech sued the city of Greenwood Villiage, as well as a few police officers, alleging violations of the Takings Clause of the Fifth Amendment of the Constitution. The Takings Clause states that private property can’t be taken for public use, without compensation.

“Under no circumstances in this country should the government be able to blow up your house and render a family homeless,” Lech told NPR. “This family was thrown out into the street without any recourse.”

The city of Greenwood Village offered him $5,000, which they say he turned down. According to The Denver Post, the house was appraised at $580,000, and insurance gave him $345,000. Lech ended up taking out a $600,000 mortgage loan to build the new house. He told NPR all he wanted out of the lawsuit was to get market value.

“There needs to be a line drawn for what police departments can do and what they need to do to compensate citizens for this kind of damage.” he told the outlet. “I didn’t want to sue anyone for millions. I just wanted fair market value for my house.”

The City of Greenwood Village ended up defending the court’s decision Wednesday in a statement Wednesday.

“The Courts have recognized that while these types of events present difficult questions, the police should value life over property and may act pursuant to their police powers accordingly,” their statement read.

According to several reports, Lech hopes to take the case to the Supreme Court.

Details on the Standoff

The standoff with the suspect, Robert Seacat, started after he fled a Walmart by car and was chased by officers. According to the affidavit, Seacat abandoned his vehicle and continued on foot, crossing an active highway in the process. He eventually broke into the Lech’s home in hopes of finding a new vehicle.

The nine-year-old, whose name is redacted in the affidavit, was the only one home at the time of the break-in. He was watching YouTube videos when he heard the home alarm being activated. He saw Seacat from the top of the stairs and noticed his gun. Seacat never pointed the gun at the child and told him he meant to cause no harm and just wanted an escape vehicle. The child was able to get out of the house shortly after without injury.

Officers tried to negotiate with Seacat for several hours, but ended up having to use force. According to the ruling, police “fired several rounds of gas munition into the home, breached the home’s door with a BearCat armored vehicle” and “used explosives to create sight lines and points of entry to the home.”

When officers entered the home, Seacat fired his weapon, causing officers to retreat. They then used the BearCat vehicle to open holes into the home, allowing them to successfully apprehend and disarm Seacat, who has since been convicted on 17 felony counts and sentenced to 100 years in prison.

See what others are saying: (NPR) (The Denver Post) (CBS Denver)