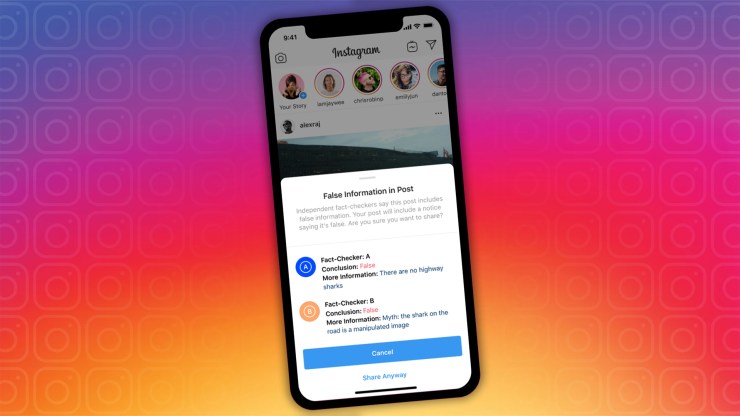 Facebook has announced a list of initiatives it will take to reduce misinformation and address other concerns ahead of the 2020 election.

In a Monday blog post called “Helping to Protect the 2020 US Elections,” the company broke down its plans to “protect the democratic process.”

“The bottom line here is that elections have changed significantly since 2016 and Facebook has changed, too,” Facebook CEO Mark Zuckerberg said in a conference call announcing the changes.

The first measure the social media giant is taking aims to fight against foreign interference. The company plans to combat inauthentic behavior and add extra protection for candidate accounts. This will be done via a new tool called Facebook Protect that candidates can sign up for. Along with increasing security on the accounts, it also will monitor for hacking threats.

The next announced plan is to increase transparency on the site. Facebook said it will make pages more transparent and show the confirmed owner of pages, label state-controlled media, and help users understand political ads. Part of this will include allowing users to see how much presidential candidates are spending on Facebook ads, and will even break down where money is being directed geographically.

The last part of their initiative is to reduce the spread of misinformation on the platform. The company plans to invest $2 million in media literacy projects so users can better understand what is on their feed. It is also banning ads that encourage people not to vote.

Fact-checking labels will also be added to posts that contain misinformation. Third-party fact-checkers will verify whether or not the information is false or partially false. Users can then see an explanation as to why the information being presented is inaccurate.

These announcements come at a time when Facebook’s role in the election has been more scrutinized by the pubic than ever. As far as fact-checking misinformation, the site faced a lot of backlash when it said it would not remove posts from political leaders that broke Facebook policy, including spreading false facts. At the time, Zuckerberg said he did not think it was right for a private company to censor politicians.

Among the critics of this choice was presidential candidate Sen. Elizabeth Warren (D-MA), who ended up making a fake ad saying that Zuckerberg endorsed President Donald Trump in the 2020 election. She quickly said this was not true then added, “But what Zuckerberg *has* done is given Donald Trump free rein to lie on his platform — and then to pay Facebook gobs of money to push out their lies to American voters.”

On Monday’s conference call, Zuckerberg did note there were instances where exceptions to this policy would have to be made. Among possible instances where this could apply, Zuckerberg listed, “if a politician is calling for violence or inciting violence, if there is a risk of imminent physical harm, and of course voter suppression, which is calling to remove other people’s voice.”

This sweeping plan of initiatives also came on the same day that Facebook said it had uncovered Russian and Iranian operations to influence the 2020 election. In a separate blog post, Facebook announced that it had “removed four separate networks of accounts, Pages and Groups for engaging in coordinated inauthentic behavior on Facebook and Instagram.”

Three of those networks came from Iran, while the other came from Russia. According to a Washington Post report, the Russian account, in particular, boasted support for Trump while laying attacks against candidate Joe Biden.

See what others are saying: (Washington Post) (The Verge) (Reuters UK)