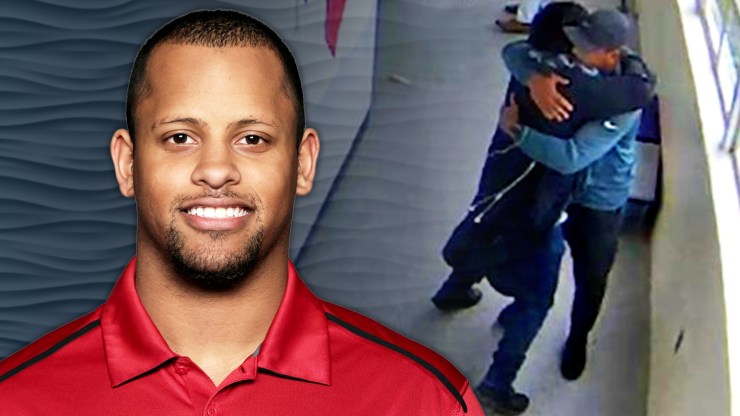 Surveillance footage released Friday shows a high school athletic coach in Oregon disarming a student carrying a loaded shotgun, then embracing the teen who broke down in tears.

The video, released by the Multnomah County District Attorney’s Office, shows the incident which took place on May 17 at Parkrose High School. In it, Coach Keanon Lowe is seen moving away from the 18-year-old student and holding the shotgun out of his reach in the hallway.

Lowe appears to be talking to the student and keeping him at a distance with one hand until a nearby teacher grabs the gun from Lowe and moves away with it.

Once the gun is out of the picture, Lowe wraps his arms around the student, who starts to cry. At times it looks like the student tries to break free of the hug, but Lowe continues his hold and the teen gives in.

The district attorney’s office said the student had been suicidal for months leading up to the incident.

Both prosecutors and defense attorneys agree evidence suggested this was not a potential mass shooting case. Instead, the student’s attorney, Adam Thayne, explained to the judge that the teen planned to take his own life at the school so that his mother would not have to discover his body. Authorities say the gun was loaded with one round, marked with the words, “The last red pill 5-17-19 just for me.”

Another student who had noticed the teen’s troubled state of mind reported him to the administration for “suicidal statements.” Lowe was on his way to bring the teen into the school’s office when the incident happened.

The district attorney said the student was “visibly upset” as he headed for the classroom where Lowe had just arrived. The student then pulled out the firearm from beneath his coat, prompting students and staff to flee.

The district attorney said he turned the gun on himself and tried to fire, but the weapon did not discharge. That’s when Lowe took action.

“I saw the look in his face, look in his eyes, looked at the gun, realized it was a real gun, and then my instincts just took over,” Lowe said at a press conference after the incident. “I lunged for the gun, put two hands on the gun.”

“I felt compassion for him. A lot of times, especially when you’re young, you don’t realize what you’re doing until it’s over,” Lowe explained.

No shots were fired that day thanks to fate and Lowe’s quick action.

The coach, who was a former team captain and wide receiver at the University of Oregon, has earned widespread praise for his bravery and compassion towards the student.

The day after the incident he tweeted more about what happened, saying, “When confronted with the test the universe presented me with, I didn’t see any other choice but to act. Thank God, I passed. I’ve spent the last 24 hours being more appreciative of my family and realizing we have

He was ordered to serve 36 months of probation. As part of a plea deal with prosecutors, he will also receive mental health and substance abuse treatment.

“He is deeply remorseful for the pain that he has caused his family, his friends and the community,” his lawyer told the presiding judge, adding that he “has a lot of people who care about him, despite what he thought back in May.”

See what others are saying: (The Washington Post) (Time) (KOIN) 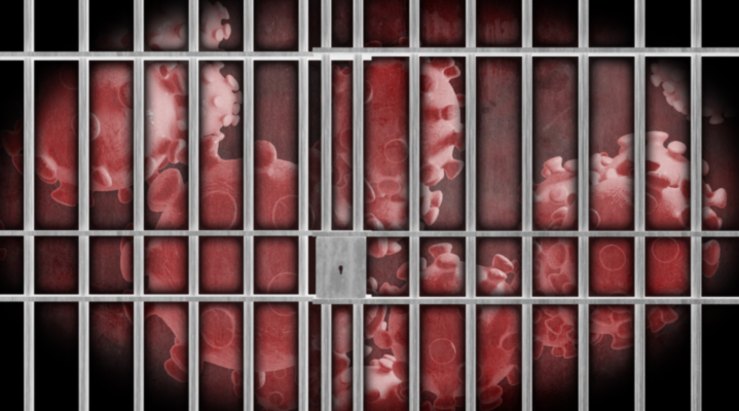