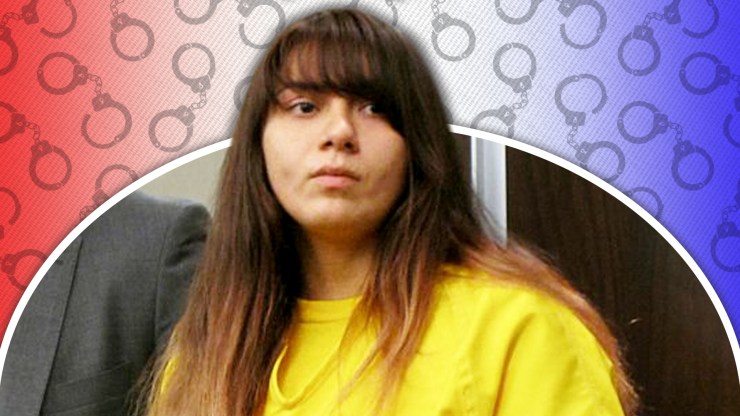 The California woman who served time in prison for killing her sister in a drunken car crash on Instagram live was arrested again, just weeks after her early release.

Obdulia Sanchez, now 20-years-old, was arrested in Stockton on Thursday after a short police pursuit. Local authorities said she refused to stop when officers attempted to pull her over at around 1:30 am.

Sanchez eventually crashed her vehicle near a highway on-ramp where another male passenger in the car was able to run out. The male suspect managed to escape police, but Sanchez was arrested. She now faces traffic and weapons charges.

Authorities said she was on parole and driving on a revoked license. Officers also say they found a loaded gun in the car.

Sanchez was released on parole late last month after she served more than two years in prison for a previous crash.

In July 2017, Sanchez was drunk driving and live streaming on Instagram when she crashed her car, killing her 14-year-old sister Jacqueline Sanchez Estrada. and injuring another passenger.

The graphic incident made national headlines. On the stream, Sanchez’s hands could be seen leaving the wheel before she swerved and then overcorrected. Her sister, who was not wearing a seatbelt, was thrown from the vehicle.

“I fucking killed my sister, okay? I know I’m going to jail for life, all right?” Sanchez can be heard saying to her sister, who appeared to be already dead. “Ima hold it down. I love you, rest in peace, sweetie.”

Later reports explained that Sanchez had tested positive for alcohol and cocaine. Sanchez was heavily criticized online for continuing to stream after the crash, showing her sister’s dead body.

In a public letter written from behind bars, she wrote, “I made that video because I knew I had more than 5,000 followers. It was the only way my sister would get a decent burial. I would never expose my sister like that. I anticipated the public donating money because my family isn’t rich.”

Sanchez was ultimately convicted of gross vehicular manslaughter, DUI and child endangerment. She was sentenced to six years and four months in prison with the possibility of parole after three years.

The state corrections office said Sanchez was approved for early release after earning credit for good behavior, for attending rehabilitation programs, and for time served in jail before she was sentenced.

See what others are saying: (Sacramento Bee) (NBC News) (The Washington Post) (The Los Angeles Times)