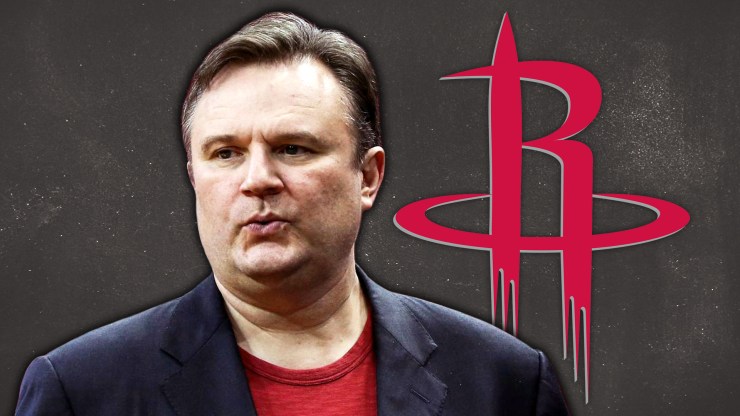 The NBA is receiving bipartisan backlash from American politicians after apologizing for a tweet in support of Hong Kong’s protesters sent by the Houston Rockets’ General Manager.

While in Japan for pre-season games on Friday, GM Daryl Morey expressed support for the ongoing pro-Democracy protests in Hong Kong. He tweeted a photo that said, “Fight for freedom, stand with Hong Kong.”

His tweet received backlash before he quickly deleted it, as China—which has condemned these protests in an effort to expand their influence over the city-state—did not like its message. The NBA has a lot of money to make in China, the Houston Rockets in particular.

Yao Ming, one of the most popular Chinese basketball stars, played on the Rockets. His tenure on the team helped make the game as popular as it is in China today and cemented the Rockets as a fan favorite in the country. He is retired from the sport and is now currently the President of the Chinese Basketball Association.

The team’s leaders and the NBA quickly moved to the damage control front after Morey deleted the tweet. The Rockets’ owner, Tilman Fertitta, sent a tweet noting that Morey’s tweet was a reflection of his personal beliefs and not any political beliefs of the team itself.

Morey posted a series of tweets on his own addressing the situation. He said he did not intend to offend fans in China.

“I have had a lot of opportunity since that tweet to hear and consider other perspectives,” he added.

The NBA took a similar approach in their statement and also worked to downplay Morey’s remarks.

“While Daryl has made it clear that his tweet does not represent the Rockets or the NBA, the values of the league support individuals’ educating themselves and sharing their views on matters important to them,” the statement read. “We have great respect for the history and culture of China and hope that sports and the N.B.A. can be used as a unifying force to bridge cultural divides and bring people together.”

Their efforts, however, could not stop the impact the tweet already had on China. The Chinese government cut ties with the Houston Rockets, as did several businesses, including the team’s Chinese sponsors. The CBA, along with Tencent, which streams NBA games in China to almost 500 million viewers cut their ties as well.

The owner of the Brooklyn Nets, Joe Tsai, who also co-founded Chinese media company Alibaba also condemned the remarks in a statement.

“I don’t know Daryl personally. I am sure he’s a fine NBA general manager, and I will take at face value his subsequent apology that he was not as well informed as he should have been,” he said. “But the hurt that this incident has caused will take a long time to repair.”

On top of this, a report from The Ringer alleges that Houston Rockets and NBA ownership is debating whether or not to replace Morey as the team’s GM.

This series of events has also stirred up its own controversy among American politicians, who are criticizing the NBA on both sides of the aisle. Democrats and Republicans alike are upset that China has an economic hold on the NBA, and that the NBA is catering to that hold. Many would rather have seen the organization support the sentiment behind Morey’s original tweet instead of China, which has been largely seen as suppressing the pro-democracy protests.

Presidential candidate Julian Castro said that “China is using its economic power to silence critics—even those in the U.S..

Sen. Rick Scott (R-FL) accused the NBA of “kowtowing” to China. He also called out Adam Silver, the NBA’s commissioner, to criticize the organization’s response.

Silver will be in China this week as various teams play preseason games. He is expected to speak during his trip and touch on the matter.

See what others are saying: (The Ringer) (Axios) (NPR)