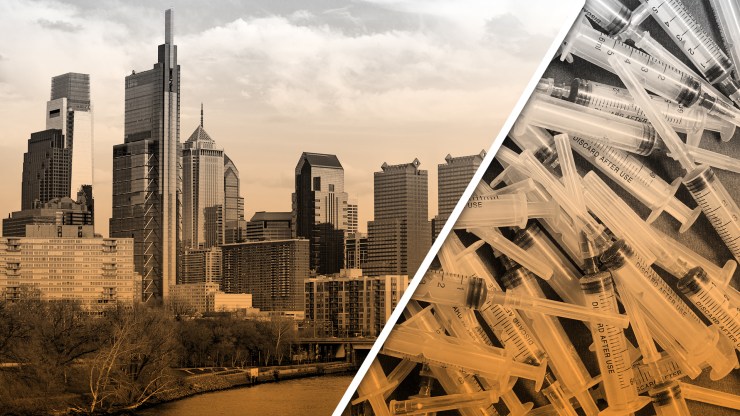 A federal judge on Wednesday ruled that a proposed supervised injection site in Philadelphia would not violate a federal statute and would be able to function.

The decision comes after the federal government lodged a civil lawsuit against the nonprofit group Safehouse, which plans to open the facility. In its suit, the government claimed Safehouse was set to violate the part of the Controlled Substances Act of 1980. That section, commonly referred to as the “crack house” statute, makes it illegal to maintain spaces to manufacture, store, distribute, or use illegal drugs.

While Safehouse would not manufacture, store, or distribute drugs, its supervised injection site would allow drug users to be monitored by medical professionals as they used their own illegal drugs.

In his decision, Judge Gerald McHugh concluded the “crack house” statute wouldn’t apply here because the context is significantly different than what’s in that statue, which was originally passed to suppress owners of drug dens or people selling drugs out of their cars.

Because of his ruling, the federal government is expected to appeal the decision.

“The Department of Justice remains committed to preventing illegal drug injection sites from opening,” William McSwain, the attorney representing the Eastern District of Pennsylvania said. “Today’s opinion is merely the first step in a much longer legal process that will play out. This case is obviously far from over.”

Other cities such as New York, San Francisco, Denver, and Seattle have all proposed similar injection sites, with many officials waiting to see if the Philadelphia case can set a precedent for such facilities.

United States Deputy Attorney General Jeffrey Rosen, however, has warned cities to wait and see how the appeal plays out.

“Any attempt to open illicit drug injection sites in other jurisdictions while this case is pending will continue to be met with immediate action,” he said in a statement.

It also distinguished that it was not pursuing a criminal lawsuit, meaning it would not engage in arresting people or having them forfeit their property. They stressed that they mainly want to ensure the site does not open.

“This is in-your-face illegal activity using some of the most deadly, dangerous drugs that are on the streets,” McSwain said. “We have a responsibility to step in. It’s saying, ‘Safehouse, we think this is illegal. Stop what you’re doing.'”

What Is an Opioid Safehouse?

Philadelphia officials announced their plans to open a supervised drug use facility in January 2018, with Safehouse spearheading the project soon after. City officials estimated such a site could save up to 75 lives each year.

If the site is opened, it will be the first of its kind in the U.S., though similar facilities do exist in Canada and across swaths of Europe.

Those sites, which had been the subject of various research studies, have been found to lessen fatal overdoses and connect drug users to treatment services. In cases of infectious diseases that travel by needle, such as HIV, studies have shown transmission rates to decrease.

For its part, Safehouse has defended its proposed safe injection site with those stats, saying that the idea for the facility is based on harm-reduction tactics.

That evokes a similar situation seen in the U.S. regarding the distribution of sterile needles. In 2014, then-Governor of Indiana Mike Pence refused to lift a ban on sterile needle programs while one county in the state suffered a massive HIV outbreak because opioid drug users were sharing needles.

Pence argued he would not lift the ban because he believed such programs would encourage drug abuse, but in 2015, he ultimately issued an executive order allowing some counties in Indiana to distribute sterile needles.

See what others are saying: (NPR) (The Philadelphia Inquirer) (WPVI) 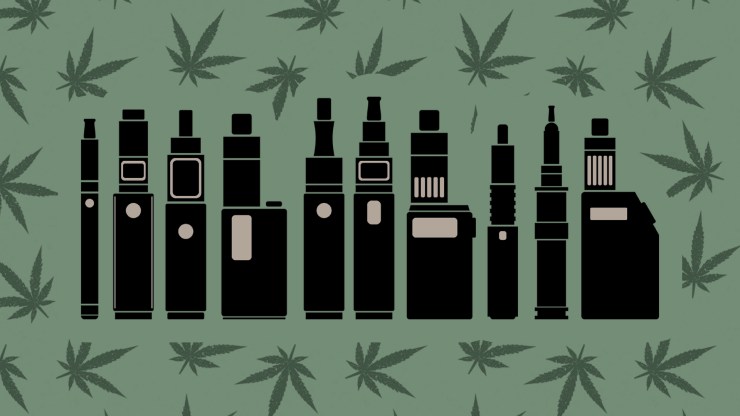 State Health Officials in New York are investigating whether vitamin E oil in vaping products had lead to an uptick in respiratory illnesses.

As of Thursday, state health departments across the country have logged more than 200 illnesses suspected to be linked to a substance known as vitamin E acetate. Notably, two fatality cases have been reported in Illinois and Oregon.

In a news release, the New York Department of Health said it is investigating 34 reported cases of “severe” pulmonary illnesses in the state. In every case, individuals used at least one vape product containing cannabis, but each of the individuals also reported using other types of vape products, too.

The New York Department of Health then tested both cannabis and nicotine vaping products, while also continuing to test the purity of state-approved marijuana products.

The health department now suspects some of the products tested are counterfeits of medically-approved marijuana.

Still, health officials have yet to conclude whether or not vitamin E acetate is causing the illnesses.

The investigation has prompted the Food and Drug Administration’s involvement. It is now testing over 100 samples from across the country, hypothesizing there may be other contributing substances such as THC, synthetic cannabinoids, opioids, pesticides, and nicotine.

“No one substance, including vitamin E acetate, has been identified in all of the samples,” the FDA said in a statement.

The situation has been made all the more difficult because while states must report certain infectious diseases to federal authorities, they are not required to report illnesses suspected to be caused by vaping.

“We urge the public to be vigilant about any vaping products that they or any family members may be using and to immediately contact their health care provider if they develop any unusual symptoms,” Health Commissioner Dr. Howard Zucker said in the statement. “In general, vaping of unknown substances is dangerous, and we continue to explore all options to combat this public health issue.”

What is Vitamin E acetate?

As its name suggests, the compound is derived from vitamin E, which can be found in foods like almonds and canola oil. It is typically used as a vitamin supplement and has been associated with improved wound healing and reduced scarring, though studies have not found any evidence to support such claims.

While Vitamin E acetate is safe to ingest or use on the skin in products such as creams, its safety is much less clear when used as an oil meant to be inhaled.

In 13 cannabis-contaminated samples submitted from the New York cases, researchers found “very high levels” of vitamin E acetate, with some samples containing up to 50% of the oil.

Recently, health officials have noticed a rise in the number of lipoid pneumonia cases. Lipoid pneumonia is a disease in which immune cells collect excess fat not normally stored in the lungs. Those cells may then initiate an inflammatory response that could hinder oxygen’s ability to get into the bloodstream.

That can then lead to a host of respiratory problems, including coughing, shortness of breath, or weight loss. It could also lead to a series of gastrointestinal issues such as nausea, vomiting, or diarrhea.

Past studies have confirmed that oil inhalation can cause lipoid pneumonia, as oils are high in fat. Though inhaled as a vapor, it will eventually return to its oil state in the lungs, which function poorly to remove any substances other than gas.

The only other major way in which to acquire lipoid pneumonia involves physical injury causing fat to seep into the lung, so health officials do not suspect this form to be at play with the cases involved in the investigation.

Past cases have also suggested vitamin E oil’s contribution to lipoid pneumonia. In 2000, a woman was diagnosed with the lung illness after having inhaled marijuana oil with the vitamin.

See what others are saying: (NPR) (Fox News) (Washington Post)

A Record 3.28 Million Americans Filed for Unemployment Last Week. Are We in a Recession?

I’m Going To Get In Trouble For This One… Charlie D’Amelio, Daniel Sloss, Pandemic, Weinstein &

“Naked Philanthropist” Defends Herself After Accusations of Sex Trafficking

A Record 3.28 Million Americans Filed for Unemployment Last Week. Are We in a Recession?

I’m Going To Get In Trouble For This One… Charlie D’Amelio, Daniel Sloss, Pandemic, Weinstein &