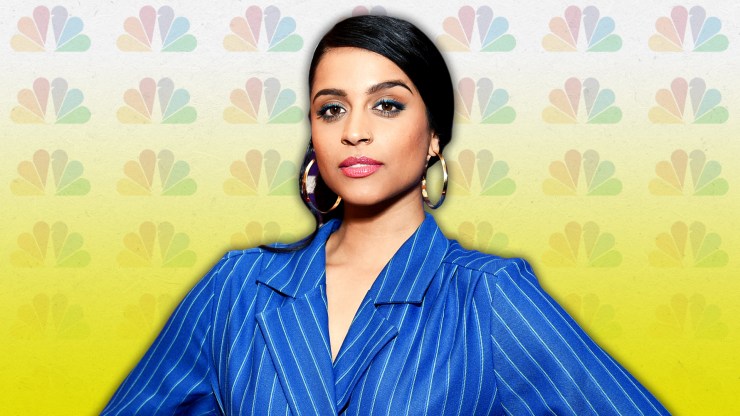 YouTube comedian turned late-night host Lily Singh has apologized for a joke she made comparing turbans to bath towels during an interview with Jessica Alba.

On Thursday’s episode of NBC’s A Little Late with Lily Singh, the comedian talked about recently meeting Alba’s family at their home. Alba explained that her 8 and 11-year-old daughters, who are fans of Singh, were “trying to be cool” about meeting her.

“They look like my Punjabi friends. It’s fine,” Singh responded.

Following the episode, Singh was met with backlash from viewers who were upset by the joke.

“When you see someone from your community rise to prominence, you’d expect them to represent your people, not fuel their ridicule…I can only think of the kids in school who have been called ‘towel-heads’ their entire lives,” one user wrote. Others said they were “disgusted” and “disappointed” to hear her make the comment.

Singh, whose show has only been on the air for about two weeks, responded quickly to the criticism.

In a Twitter apology posted Friday, she wrote, “My guest was explaining how her kids were embarrassed when I saw them with towels twisted on their heads and I said “don’t worry, it’s like my Punjabi friends. In the moment, my thought process was ‘don’t be embarrassed! I think that’s dope.”

“But in hindsight I recognize that it was a disrespectful and problematic joke to make that has a lot of painful history behind it. And I’m very sorry.”

Singh explained that she was particularly nervous during this taping since it was the very first episode she had ever filmed for her show. She also went on to thank those who had educated her on the matter and made her aware of her mistake.

“I don’t wear a turban and I haven’t lived that experience and so I really value people giving me perspective. I’m grateful that this was a teachable moment instead of another opportunity to divide and attack.”

“Aside from these words, I’ve also taken the action to ensure my stupid joke is removed from the episode and online clips.” As of Monday morning, the joke is still included in streaming versions of the full episode, but it has not been uploaded on the show’s YouTube channel.  At this time, it is unclear if NBC will actually comply with her requests to have the joke removed.

In addition to her apology, she shared a Funny or Die video titled “Let’s Talk About Turbans (Gasp!)” in a follow-up tweet. “Also, education is love so I’d like to shine light on this great video discussing the turban. Thank you again,” she wrote in her post.

Singh also took to Instagram to make sure more of her fans heard her apology, reiterating the same key points she included in her Twitter statement. In her video, she noted that no publicist was forcing her to make this apology, saying, “Genuinely, it’s from the bottom of my heart.”

See what others are saying: (BBC) (PEOPLE) (Vulture)