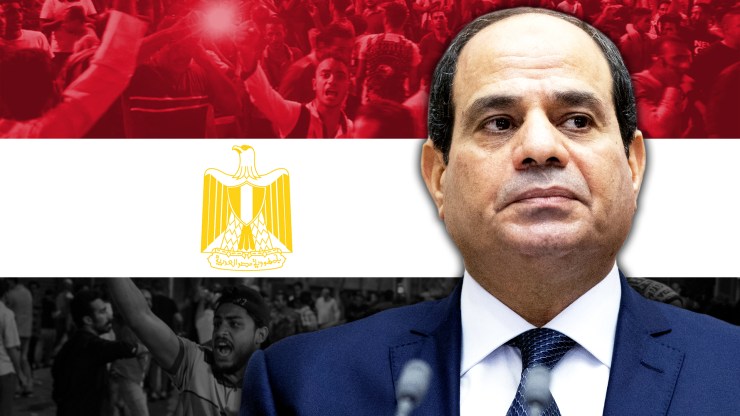 Protests against Egyptian President Abdel Fattah el-Sisi have broken out for the second weekend in a row in major cities across the country.

Protestors want el-Sisi, who came to power in a 2013 coup, to step down. Close to 2,000 Egyptians across several cities have been arrested as a result of last week’s protests, marking the largest wave of mass arrests since el-Sisi came to power.

Security in the capital city, Cairo, has heightened since last week’s demonstrations. Security officials have blocked roads leading to Tahrir Square, where protests were expected to unfold. Metro stations in the area have also been shut down. Some Egyptians have also reported having blocked or limited access to news sites and social platforms that would contain protest information. Despite these new measures, el Sisi told reporters on Friday that there are “no reasons for concern.”

Protesters instead headed to the Warraq area after afternoon prayers. Reports say chants like “No matter how, we’ll bring Sisi down” echoed through the crowds. Other cities with protests of their own include Qena, Luxor, and Qaus.

Meanwhile, counter-protests in favor of the president have also broken out in the country.

Why Are People Protesting?

Anti-Sisi protests were inspired by Mohamed Ali, an Egyptian businessman and former military contractor carrying out a self-imposed exile in Spain. On social media, he called for a “people’s revolution” to oust the president. He has been posting videos accusing both the president and his military of corruption.

Ali alleges that the military has improperly used state funds, and claims that the government owes him money. According to BBC, he fled to Spain to avoid possible pushback from Egyptian authorities.

International organizations have taken a stand against the arrests of demonstrators. Human Rights Watch called a release of all citizens who were detained for exercising their right to protest. Sarah Leah Whitson, the Middle East and North Africa director for the Human Rights Watch said this crackdown shows that the government is afraid of the people’s power.

“The government’s mass arrests and internet restrictions seem intended to scare Egyptians away from protesting and to leave them in the dark about what’s happening in the country,” she said. “The nationwide crackdown on protests suggests that President Abdel Fattah al-Sisi is terrified of Egyptians’ criticisms.”

Amnesty International called on world leaders to stop el-Sisi and his government from mistreating demonstrators.

“The world must not stand silently by as President al-Sisi tramples all over Egyptians’ rights to peaceful protest and freedom of expression,” Amnesty International’s North Africa Campaigns Director, Najia Bounaim said.

“These protests came as a shock because the authorities thought they had permanently intimidated protesters through the heavy-handed tactics of the past six years including arbitrary arrests and the use of excessive force, including lethal force,” Bounaim added. “The fact that protesters risked their lives and liberty to protest against President al-Sisi’s rule suggests his ruthless tactics have garnered frustration and anger.”

Egypt’s Attorney General, Hamada El-Sawy, said that investigations were being conducted regarding the arrests. He said over one thousand people were interviewed.

According to El-Sawy, protesters hit the streets over things like economic frustrations and “deception by pages created on social networking sites.” He also said that those wishing to protest in the future must follow the legal procedure of giving advance warning to authorities.

“The Public Prosecution called on citizens wishing to exercise their right to express their opinion by demonstrating legal procedures by notifying the concerned authorities, determining the number of participants in the demonstrations and their reasons and abiding by their time and spatial limits so as not to cause demonstrations in blocking public roads, disrupting public transport, closing shops or intimidating citizens,” he wrote.

See what others are saying: (Al Jazeera) (BBC) (The Guardian) 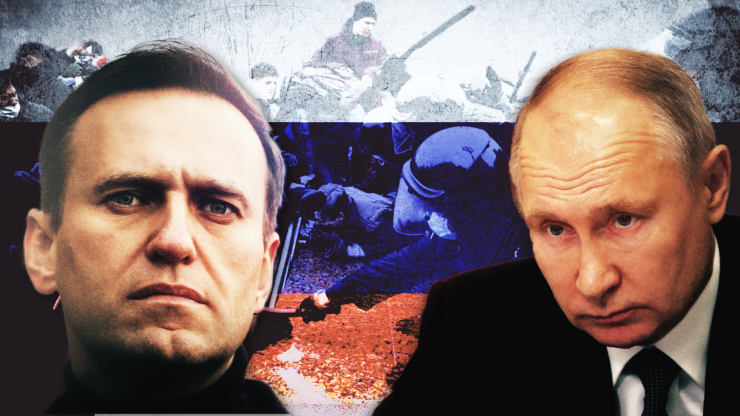 Many countries are now requiring flyers to present negative COVID-19 tests no more than 72 hours before they board planes; however, some people are reportedly forging their test results to get around the restrictions.

According to Vice’s Motherboard, one anonymous individual used Photoshop to change the date of several of his friends’ older coronavirus tests.

“Fun fact, the document was in French whereas they were in Sweden the day it was supposedly made, but [airport officials] didn’t see a problem in that,” the man told the outlet.

Another person told Motherboard that he had changed the date of an old test result using Microsoft Paint in order to travel to Southern Europe for vacation.

Situations like this in Europe are not completely new.

“We needed a COVID-19 test for a family member and I spoke to one travel agent and he said, ‘Get it done and even if it comes out positive we will provide a negative one for you for £50’,” one person told The Sun in October.

While those people seemingly got away with potential forgery crimes, others haven’t.

Last week, it was reported that 45 people were caught trying to enter Croatia with fake COVID tests. Notably, they could each face up to three years in prison for forging documents.

Earlier this month, a 17-year-old Dutch girl was also caught with a forged COVID test while trying to escape quarantine in Switzerland.

Why Are People Forging Documents?

Part of the reason people are forging old COVID-19 tests may be to keep from being barred if a new test comes back positive; however, there also appears to be at least one other major reason: money.

Right now, tests in most European countries are free, but that’s not the case for people trying to go on vacation.

In fact, people traveling for leisure have been warned not to use free COVID-19 testing services to meet flight demands. Instead, they are required to pay out of pocket to have their test sent to a private company.

See what others are saying: (Motherboard) (The Independent) (TravelPulse)

Russian opposition figure Alexei Navalny’s return to Russia and subsequent arrest earlier this week has set off a chain of events in the country.

Since his arrest, Navalny has called for protests to occur on Jan. 23. Now, Russian authorities are taking precautions and arresting his allies in an effort to slow down the momentum of the looming demonstrations. Among their many demands are that Navalny be released.

Throughout the week, thousands of posts shared by younger Russians have raged across social media asking that people partake in the protests. The reach of those posts, however, have been curtailed by the government.

Roskomnadzor, the Russian communications watchdog, later stated, “Internet sites will be brought to administrative responsibility in connection with the dissemination of information prohibited by law and aimed at attracting minors to participate in unauthorized mass public events.”

“Participation in such events is in violation of the established procedure, including in a pandemic, and carries risks of harm to life and health,” it added.

For many of the sites, which are often seen as a way to promote free speech in regimes that are far more restrictive, the order puts them in an awkward position. Still, many have already complied, at least to some extend.

According to Roskomnadzor, Tiktok has deleted 38% of videos calling for minors to attend the protests. VK and YouTube have both deleted 50% of similar posts, while Instagram has removed 17% of posts that violate the regulations.

It’s unclear to what extent this censorship will have on stopping Russians from attending tomorrow’s protests; however, some of the nation’s largest protests in modern history have been organized by Navalny.

See what others are saying: (Moscow Times) (Associated Press) (Reuters)